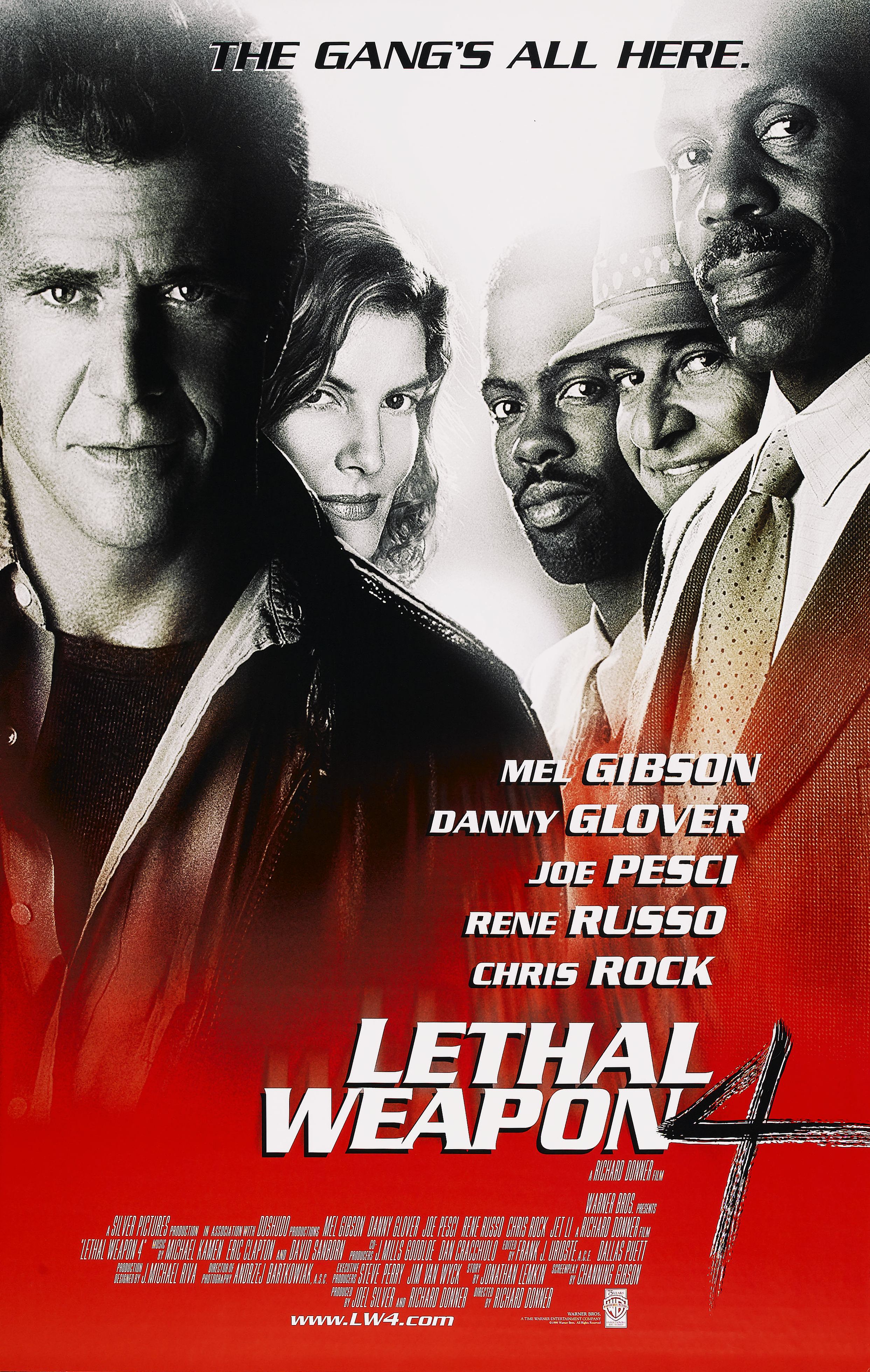 It’s time to finally end the Lethal Weapon series. It had a pretty good run to be sure but all shows must end at some point right? It was a pretty solid series and now that I’ve seen them all I would rank the entries as 1>3>4>2 although they’re all pretty close. 1 and 3 are neck and neck just like 4 and 2. This one ends the series pretty well and gives all of the characters some closure. The ending is a bit on the weak side as it gets drawn out but otherwise this film is sure to bring you a lot of fun thrills and action as it goes on.

The movie starts with Martin and Roger trying to take down a guy who is using a flamethrower. The problem is that this guy is armed to the teeth with armor and guns. The scene is surprisingly long as the two characters keep trying to take him down but nothing works. His armor is simply too sturdy so eventually they’re forced to come up with a plan. They actually get promoted to Captain now. The main case of the film is they catch a guy who was smuggling people into the country. They didn’t get the leader though and he is looking for one family that escaped and is currently getting refuge at Roger’s place. This is technically illegal but Roger wants to do his part to help them out. Will he be able to protect them from the villains who are coming his way?

A positive for this movie is naturally the banter between Martin and Roger as always. They make for a solid duo and are always at the ready for whatever will come their way. The opening fight drags a bit but we get all of the classic explosions you would expect. The whole thing is a bit sad for Roger though as Martin keeps a pretty big secret involving Roger’s daughter away from the guy. You’d think as partners they would tell each other everything like that. It’s not really Martin’s business but he did pry until he got the details. It’s just sad for Roger since everybody knows except him which is definitely not a good thing.

I also liked the fight scenes here. The hand to hand choreography was naturally pretty good and the villain definitely left more of an impression this time around. Wah Sing Ku was an excellent fighter and could even take on more than one opponent at once. That’s the kind of villain I want to see challenge the heroes and really test their limits. Even by the end of the film he really had the upper hand and definitely would have won if it was 1 on 1. He definitely gave them a better fight than anyone else had in the previous films. I also liked his fight on the rooftop against another villain. We really hadn’t seen a big villain vs villain fight in the previous films.

Where the film falters aside from the beginning is also the long ending scene at the hospital. It was a bit over dramatic and just kept going on and on and on. I think most of that could have been shortened right away. Leo’s antics also got a bit more painful than usual like with the dentist scene. I think that could have been cut and everyone laughing over there was a bit much. Still, in the grand scheme of things these are pretty small scenes so it’s not like they will hurt the film much at all. It’s still a very fast paced adventure with quality characters.

There’s not much new to say about the characters. Martin is just as good a lead as always even if he is slowing down in his old age. He takes quite a few losses in this movie which I guess it natural since he just can’t keep up with the younger guys in their prime anymore. He still has a lot of fun at Roger’s expense though. Meanwhile Roger is also fun. He definitely isn’t thrilled about his daughter falling for a cop. What are the odds right? At least the guy is portrayed as being very decent. He also makes for a good supporting character here and adds to the dynamic. Whenever you have a new character in a series that character needs to contribute something so it’s not all just fluff. Fortunately the film definitely gets that right here which was important. Lorna also helps out in the fights which I was glad about since she was such a fighter in the last film. She’s very pregnant so there’s not as much that she can do but she comes in clutch when it counted. It seems like she would suddenly not be pregnant during the fight scenes a bit but you can suspend some disbelief for a quality action scene.

It’s one of the better scenes in the film because you never really see the 3 characters teaming up like this. Made for a bit of an ensemble fight scene which was really nice. I dare say the film could have included more guys in the final fight since the heroes were so outgunned but there is something to having the main two team up for one last fight. They basically knew they were doomed and went in anyway which is pretty much the whole point of the scene. Throw in the quality writing of the two characters debating if they should even enter this fight and you’ve certainly got a winner. They probably should have retreated to where the other cops were to be honest, but I can never fault a character for going in and trying to take down a villain. You gotta to what you gotta do.

Overall, Lethal Weapon 4 is a pretty good film. Ironically it drags in both the beginning and ending but the middle is solid as always. It really ticks the same boxes as the previous films so as long as you enjoyed the first 3 films you should like this one. It’s just a solid action film at its core. I’d be up for more sequels but if it has to end then this was a good way to do it. Pretty much every character got their happy ending and that’s the right way to end the series. The main characters were also starting to get quite old so I don’t think they would have been able to last much longer anyway. You can definitely do a film about old guys running around but it’ll be tougher on the chase scenes and hand to hand action.