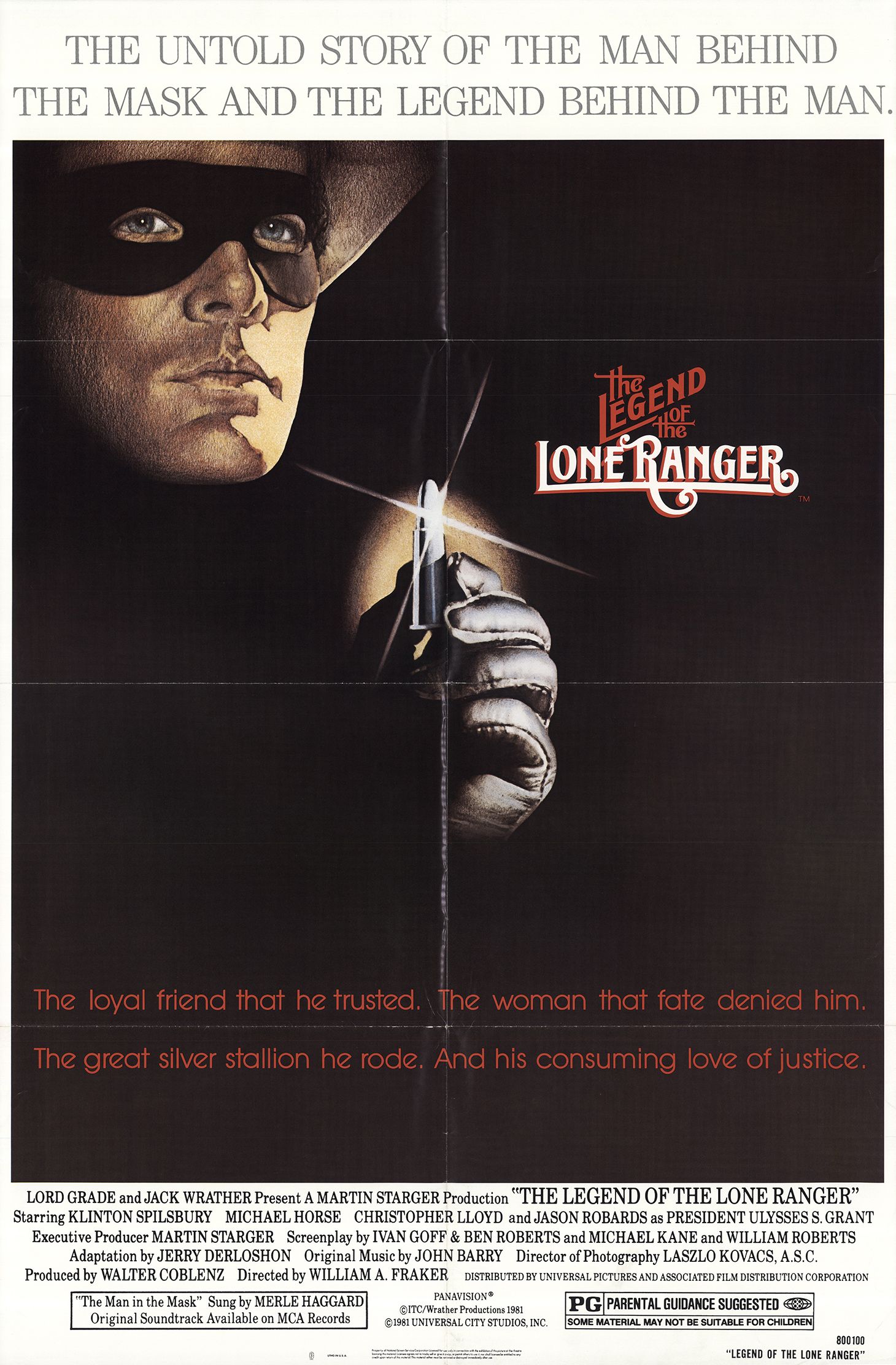 It’s time to look at another adaption of the Lone Ranger. Unfortunately this movie was not good. In fact, I’d say it was a bad movie. I’ve certainly seen much worse and I wouldn’t say it’s terrible or anything like that but it’s just not that engaging, interesting, or fun. It really doesn’t do much to make you think of the Lone Ranger as a solid franchise or anything like that. Ultimately it just drives you away from the franchise entirely. Maybe someday they will make a good Lone Ranger film but perhaps the series just doesn’t translate well into cinema without mixing up the plot a bit. Throw in some sci-fi or something and that could help.

The movie has a whole lot of time jumps and origin stories thrown in. It starts off by showing us John as a kid though. His parents get murdered so he heads with Tonto into town. Another relative of John’s shows up though and takes him back to civilization. John then meets up with his brother and the rest of the Rangers. They’re betrayed by one of their own though and they all get slaughtered except for John who is saved by Tonto. John once again gets to be a part of the tribe and now he is determined to avenge his brother and the rangers by taking down the leader of the villains, Butch. Tonto agrees to come along so now the Lone Ranger won’t be alone this time. The two of them set off for an adventure filled with action and hype.

Right away one problem with the film is that John effectively has two origins/sob stories here. Why do you gotta murder his parents which causes him to join the tribe and then murder his brother and the rangers later on? It seems to be like they did this to give John a reason to go back to the tribe but why take him away from them in the first place? Didn’t really make a whole lot of sense to me and if anything it just drags on the film quite a bit. You really did not need to go down this route and if the film had just avoided that then I believe it would have had better pacing. There’s not a lot that would have saved the film from its next flaw though.

It’s just rather boring. It’s hard to find any really great characters here and the plot is as slow as molasses. It takes eons for anything to happen in this film to the point where you’re tired out by the climax. Considering that this is a wild west film where everyone is corrupt, there aren’t a ton of gunfights either. One of the longest action scenes is when John is on a wagon that is attacked by wagons. The other characters try to shoot at the bandits. What does John do? Nothing. He just stays seated until the others are bumped off at which point he goes to the front and surrenders. That’s a great way to ensure you survive of course but it’s not the kind of action you expect from the hero of the story. I had to do a double take on that because I was absolutely not expecting this. I suppose the Ranger does what he wants though.

The only character I’ll give major props to was Tonto. He was a very loyal friend who had John’s back at every turn. He’s someone you can count on and I appreciate the fact that he was always there. He may not have been a terrific fighter or anything like that but loyalty is ultimately worth more than skill. Tonto showed that John didn’t have to do everything on his own and that’s a good thing because John was not ready to handle this. I do like the mask though. It may not be a very inspired costume but it’s definitely an iconic one at this point. Who knew that putting on a mask could do so much to make you a hero right?

As for Butch, he’s your classic villain in a wild west setting like this. He wants to be rich and cause chaos. Taking out the President will certainly achieve both objectives. This guy has enough men to launch an attack on pretty much any location that he pleases. There’s really nothing to him beyond that. He’s just another guy for John to eventually mow down once he gets past all of the guards. The President was pretty fun too. I’m always up for getting the President involved. I would have liked to have seen him really mix it up with the villains though like something out of White House Down. That would have been a blast even if it would have maybe gone against the tone of the film a bit.

In general I’m not a big fan of wild west films but I’m sure you can do them well if you really try. We needed more humorous scenes at least like the one where the ranger talks about how it’s not the bullet that destroys you but the fall. Then he is promptly destroyed by a bullet and was at ground level so there is no fall to be had. It’s one of those visual irony scenes that works pretty well because of the timing. I mean, it may be tragic in part but I’m pretty sure this was played as a funny moment or at least the movie knew that it was being ironic. With more writing like that and a focused plot this film could have been good. It’s not even like it made any super big mistakes.

The movie just comes across as rather boring which is something that you never want to be. The last thing a movie wants to be known for is not being engaging. The songs this film had are pretty uninspired and it doesn’t sound like the singer was really into it either. That doesn’t help. Then you’ve got some scenes that go on for quite a long while like John trying to get used to the horse or getting knocked out yet again and having to be nursed back to health. The movie will probably be more engaging if you’re really into nature and just like seeing the backgrounds but for me I need to be having a lot of activity on screen.

Overall, The Legend of the Lone Ranger is a film that just didn’t work out. It forgot to actually include any thrills along with the plot. The backgrounds get very repetitive and the old setting doesn’t work either. The writing isn’t particularly impressive nor is the cast very memorable. The Lone Ranger may be a decent concept but this film definitely didn’t show me any of that. Don’t get me wrong, this still beats the newer Lone Ranger film but that’s really not saying a whole lot at all. I’m confident that the next Lone Ranger film will be able to beat this one. It has to….right?