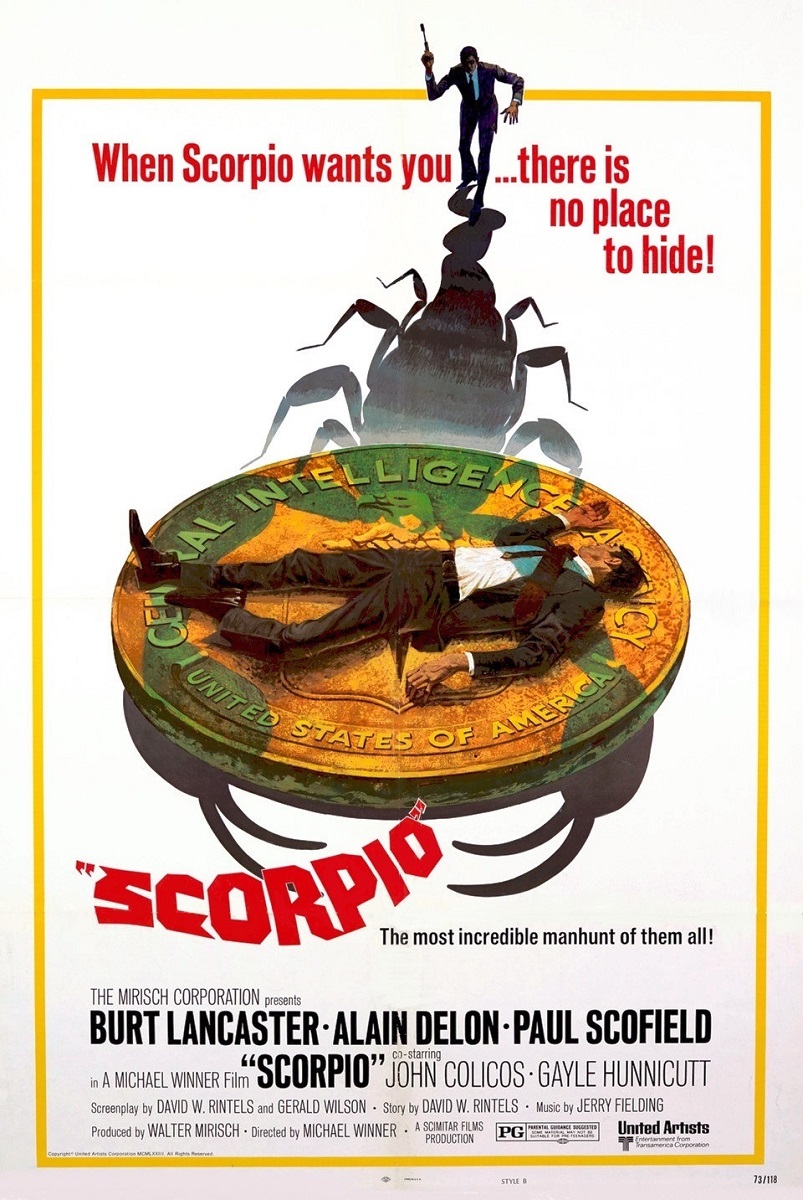 It’s time to look at a film about espionage. Whenever you try to leave an outfit that involves murder and national secrets there isn’t an easy way to do so. We see films like this pop up quite a bit and the main character either needs to have a really incredible plan set in motion or things just aren’t going to end well. Things don’t end well for just about anyone here but it does make for a pretty great film. It can get tragic at some points for sure though.

The movie starts with Cross finishing yet another mission. He gets back home and realizes that he has finally gotten to the point where he knows too much. The CIA want to bump him off so he decides to go under the radar for a while. He lets his wife know he will have a plan set up to get her out of the country soon. The CIA can’t let him get loose though so they enlist the help of Scorpio, one of the best assassins in the business. This guy definitely never loses his target so they are pretty confident that he will get the job done. Scorpio isn’t thrilled about this assignment since he has always gotten along with Cross quite well. Still, he isn’t given a whole lot of options and it is a job so he has his reputation to think about. Sorry Cross, but this is the end of the line.

It reminds me a bit of a comedy film I saw with this plot. Of course in this case Scorpio plays it very serious. Cross really steals the show here. He’s definitely portrayed quite well as an experienced CIA agent who has seen everything play out before and knows exactly how things work. It’s part of how he knew exactly when to leave and how to go about it. His plan isn’t perfect and at times the government gets close but with the odds stacked against him he did do rather well for himself. He also keeps trying to get through to Scorpio during the film such as letting him know that the CIA aren’t his allies. Of course, Scorpio is pretty smart but not quite as smart as Cross so I wonder if he could make such a clean getaway.

Scorpio was a very solid character for most of the film but I do have to say that the ending hurt him quite a bit. He didn’t wait for any kind of explanation and jumped right to the worst assumptions straight off the bat. I suppose at this point he probably doesn’t trust people much anymore but considering that he’s known some people for years you’d think he’d listen. He mentioned earlier in the film that Cross never steered him wrong so you’d think he would at least give him a chance. Of course, with a man as deadly as Cross if you have any doubts on if you can trust him then it does get tricky. I dunno, it’s a tough one but Scorpio handled it very poorly. I still appreciated all of his rebelling in the first half of the film and he gets a lot of witty dialogue throughout. He’s just a fun guy, it’s a shame he couldn’t close out better.

The ending of the film is definitely very solid and poetic though. Quite a lot happens in the final minutes of the film and it really just goes to show why listening is so important. The ending makes one character look pretty bad with how it goes. It’s just the perfect way to end the film because it really could not end any other way. This was how you bring everything back around to the beginning of the cycle as it prepares to start anew with some fresh faces. A thriller always needs to have a good ending to really make it feel like you had a solid experience and that’s exactly what this film does.

Another fun character was Zharkov. He’s definitely had quite a long history with Cross and the two of them have a lot of mutual respect for each other even if they’re on different sides. At the end of the day their politics are quite different and they can never truly just hang out but the guy helped Cross a whole lot. They had a strong bond. It also shows that Cross was just a nice guy who was easy to get along with. He has another friend in the film who did a lot of the legwork for him such as delivering packages. Unfortunately things don’t go very well for him and it’s definitely one of those scenes that makes it even easier to root for Cross since the CIA come off as quite corrupt and dangerous. At times they seem to be the real villains here like how they handled the situation with his wife. Pretty bad all around.

The best parts of the film are really enjoying the cat and mouse adventures with Scorpio and Cross. Scorpio really knows how Cross thinks and that makes for a lot of good planning. He definitely takes quite a lot of shots at the CIA workers who are supposed to be helping him work on the case as well. Those guys just don’t seem to be able to keep up with Cross at all and fall for every trap. In a way it does mean they were smart to get Scorpio involved though. Without him they really wouldn’t have been even close to tagging Cross in the end.

Overall, Scorpio is a very solid thriller film. It’s easily one of the best in the assassin game. I think this sub genre of assassins going after another assassins adds a nice twist to the genre. When you have a pro going after an innocent civilian who doesn’t even know how to protect himself it can only be so engaging. With a movie like this it’s a lot better right off the cuff because you’ve now got a lot of strategies and counter strategies to consider. Both characters have to stay sharp because one mistake could be fatal. That said, Cross was handling Scorpio with kid gloves the whole time and had numerous chances to finish him off. Cross is trying to get out of the game so he doesn’t murder people without a reason anymore but the film would have been very different if he hadn’t made that decision.