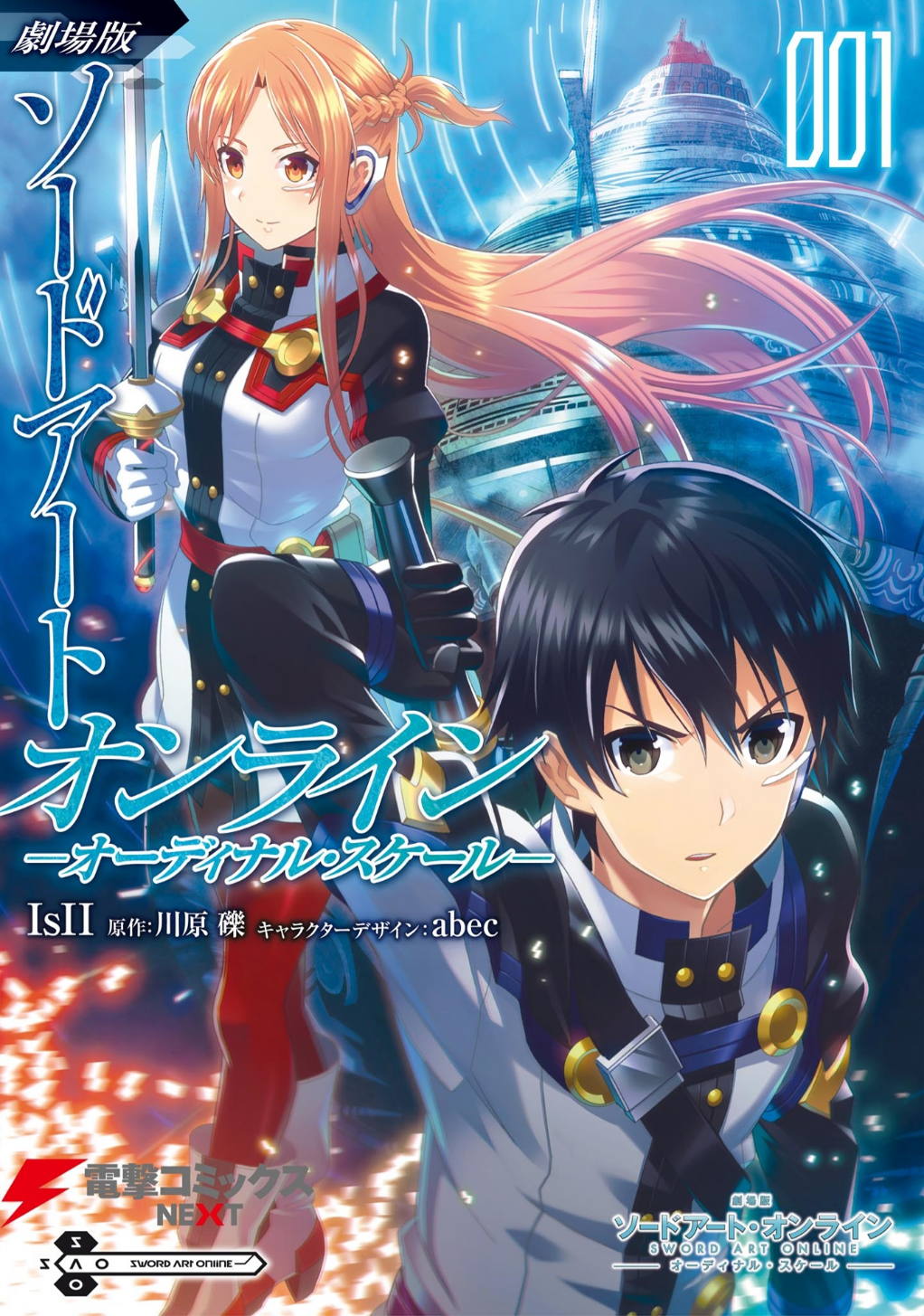 It’s time to look at the manga based on the Sword Art Online movie. It’s always fun to read manga based on previous media to see if it’ll follow things 100% or change things up. Other times you have to worry about the quality of artwork since they typicallydon’t put quite as much effort into it compared to brand new manga. Fortunately this one was definitely in a good position and really gave a satisfying recap of the events. I think the movie is still the definitive way to experience this story but the manga is a solid alternative. It’s reasonably long so you really feel like they kept everything in.

The plot begins with Asuna and friends trying to get Kirito to play the Ordinal Scale game. He’s not a big fan of it since Kirito has always preferred VR to AR. The main difference is that in VR it’s all in your head while in AR you have to actually move around and perform the actions. I guess it’s like thinking about Pokemon Go which is AR vs one of those VR Megaman games. It all depends on your preference. Once both styles are perfected I’d definitely say that I’ll prefer VR no question. Still, AR is a lot of fun too and since you actually feel the action it should benefit some genres more than others. A racing game would definitely feel exhilarating although I wonder how they will be able to handle the recoil effects. In my mind AR will always be more dangerous than VR.

Back to the plot though, Kirito isn’t particularly impressed with the game. He’s just not buying into the hype at all. He’s forced to take it more seriously though when Asuna is defeated in a battle and loses her memories. It seems that a man by the name of Eiji is behind this. He wants to take the memories of all the SAO survivors and aims to do it through this game. Kirito will have to take him down but while he may be the world’s greatest gamer, he’s not exactly known for being super fit. He’ll train with Suguha a bit and then go back in the ring. Time’s not on Kirito’s side but there’s no person more reliable to have your back.

Pretty much everyone gets a little something to do here which is always nice. Klein may have gotten stomped but we briefly got to see how his team was able to fight and do well in SAO. Klein, Leafa, Lizbeth, and the others also get to come in. None of them have particularly big roles though except for maybe Sinon who was able to back Kirito up when everyone was out of commission and landed a good hit on the final boss. She’s definitely more of a fighter than most of Kirito’s crew so it’s certainly not very surprising. Her gun skills also make her a very good partner to have since Kirito likes to get up close so this way she has his back.

Asuna looks good here as well. She’s definitely ready to re-enter the fray despite being in a pretty tough spot with her memories gone. The film really tests her courage a lot and she always passes with flying colors. I was also glad she remembered Yuuki’s final combo move and used it to great effect. It works as a very solid power up to be sure. Then you have Kirito who is pretty awesome as always. He may not take things too seriously at first but that’s because there’s no danger. How do you get back into the groove of things for a game with no stakes when you’re used to fighting for your life? Well, that certainly changes once Asuna is in trouble. After that Kirito just takes care of work and puts everyone down. He’s definitely one of the greatest main characters out there and continues to improve with each arc.

As for the villains, I’d say that mileage will vary on this. Eiji is a pretty solid one. At least he has good motivations which makes sense and he can fight. He regrets his inaction in the past which caused his best friend to die so now he’s working on fixing things. This fix would murder a lot of people in the present so it shouldn’t be forgotten that tihs guy is a big villain. He’s not a hero by any stretch of the imagination. The guy is just looking out for himself and at the end of the day that’s really all there is to it. He has a cool design and solid fighting skills. At the end of the day when you mix that together with his character motivation then that’s why I will end up giving him some props. He made for a good foil to Kirito since they were both fighting for the person most important to them. 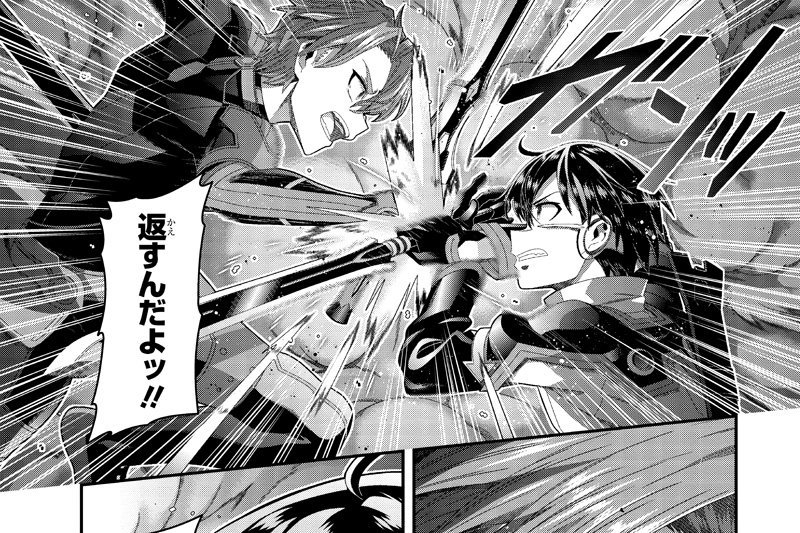 Yuna is a fun character. She may not really know or agree with what is going on for the most part but she does her best to have fun. There are effectively two Yunas at this point anyway. You’ll see the context of that once you watch the movie or read the manga. I definitely have no qualms with her and in the past she definitely appeared to be a very selfless fighter who always did her best to continue improving her abilities. She may not have been a great fighter but she never let that stop her from doing the right thing and helping where she could.

There’s also a scientist villain but he’s not nearly as memorable as Kayaba. Here’s my problem with the guy, based on how we just need the memories to fulfill his goal, wouldn’t it have been possible to do so without straight up murdering everyone? With how advanced the Sci-Fi mechanics are here, I find it hard to believe that he couldn’t just do that very easily. Maybe it would take longer and he just didn’t want to risk it. Usually I would also question if this was even possible or if it would work but based on the fact that her soul is clearly still around, I think there would be a great shot at success. She just hasn’t moved on yet and that’s a very good sign for the plan. It’s too bad that the plan will basically eliminate the game though since that’s the second controversy in a row related to online gaming in Sword Art Online.

As I mentioned earlier, the art is excellent here. The fight scenes are very detailed and the character designs are on point. You can tell that a good amount of effort went into every bit of the adaption. You could easily not even know that this was a movie first and just assume that it was a really solid spinoff story. The quality is certainly there so I wouldn’t blame you. It’s a few volumes long so it definitely works well as a mini series. It’s 100% accurate to the movie so the experience should be very similar. 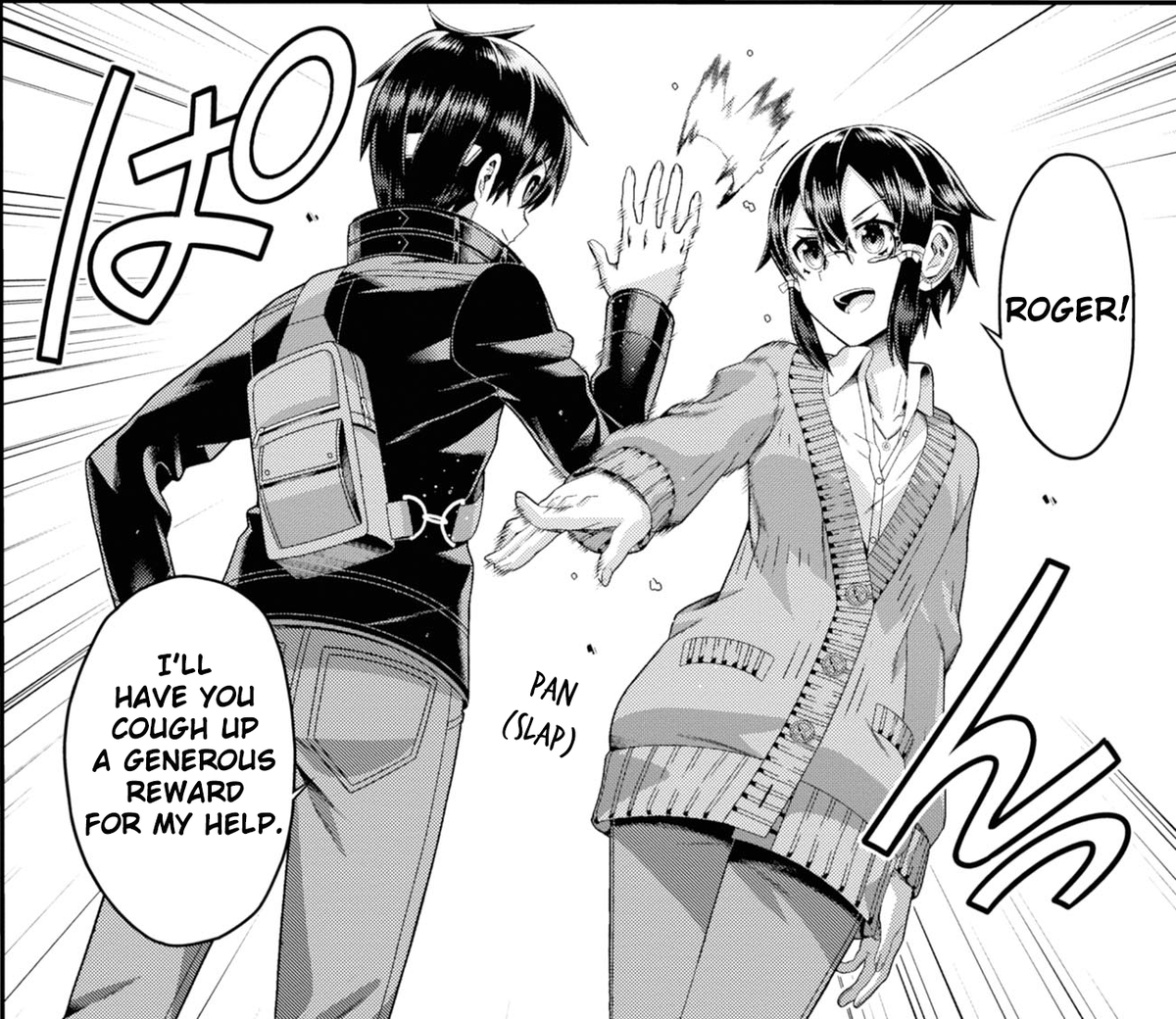 Overall, Just like how the movie was pretty close to being perfect I would say the same for the manga. The story itself is just very compelling. Kirito and Asuna have always made for very solid partners and this story shows how nothing will be able to keep them apart. They both do their best to stay strong around each other and keep on pressing forward. Whether you’ve seen the original Sword Art Online or not you should be able to quickly tell what’s going on here and get invested into the story. It never gets slow and there is quite a lot of action. Being able to see the final boss of the original SAO for the first time is also great and all of the guest stars at the end make this feel like a great wrap up to the series. The War of Underworld would ultimately go on to pass it with how huge the cast got, but at the time this really couldn’t be beat.