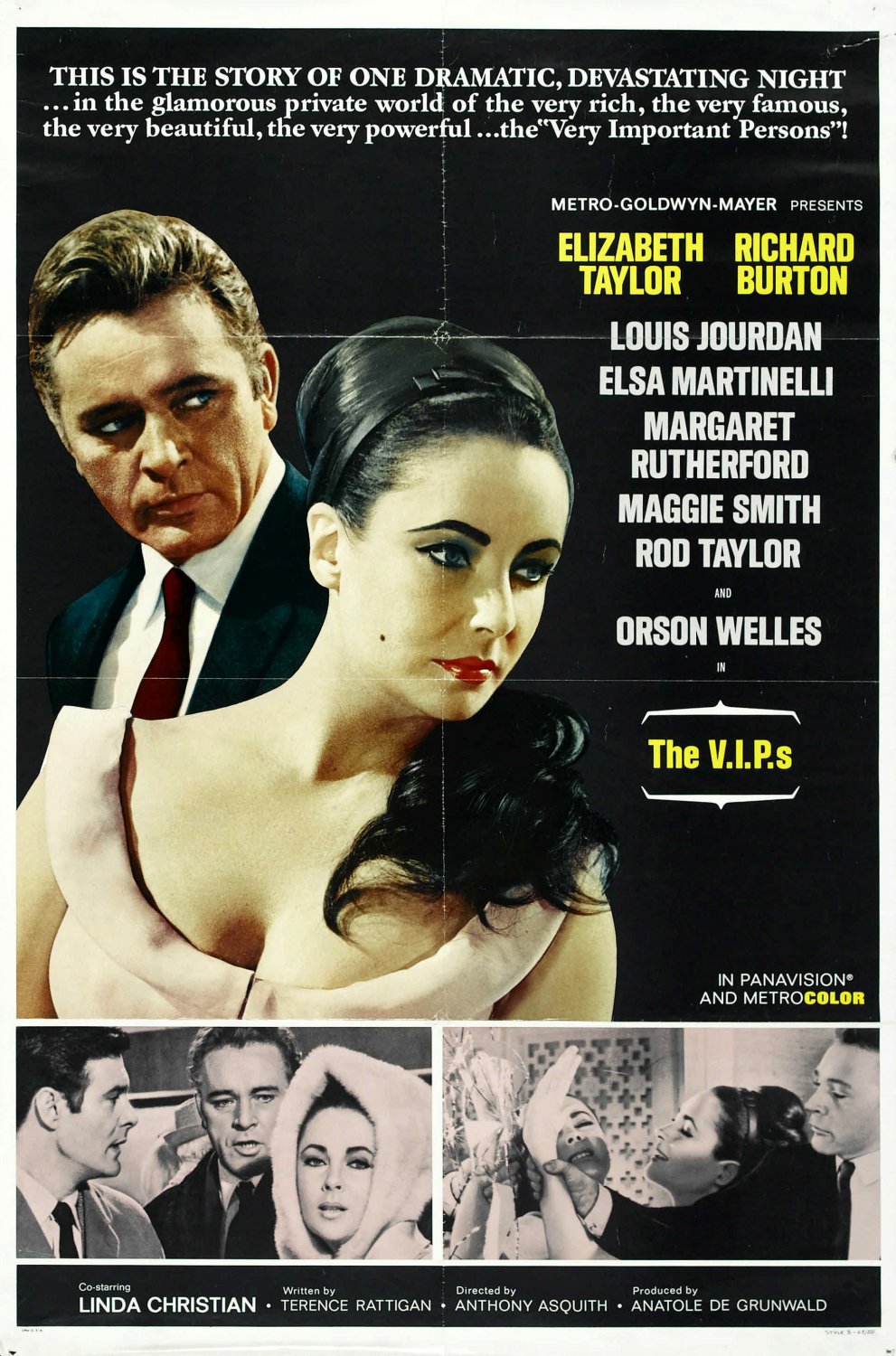 It’s time to look at a film with a few different plots all happening at the same time. Usually in a film you have all of the plots come together rather smoothly but in this case they tend to keep some distance from each other. They do overlap to an extent but still remain separate by and large. It’s a pretty fun film. On the whole all of the plots are rather solid although for the main plot it’s hard to say that you’re ever really rooting for the main two.

So lets take this one point by point. All of the main characters are getting ready to board a plane and get out of the area. They all have different reasons for wanting to get on the plane but unfortunately there are a lot of delays. The cast will now have to try and adjust their plans accordingly but a simple delay has ended up inconveniencing a whole lot of people. First up we’ve got Frances who has decided to abandon her husband Paul and escape with a guy named Marc. She doesn’t intend for him to find out yet so she left him a message at home. Ideally she will be long gone before he reads it but the delay has thrown a bit of a wrench into that idea. Paul’s a powerful man so if he finds out in time that will complicate things.

Then you have Max who has figured out a pretty great way to earn a lot of money and then skip out on the taxes. The trick is that he has to be able to leave the country within a certain amount of days or then he will have to pay off the sum. If the plane is delayed overnight then he will be in a real pickle. The actress Gloria is really enjoying this and the two have a lot of back and forth banter the whole time. Next up is Les who is trying to secure a huge business deal. He thought he had a sure thing with one of the buyers, but the guy broke their handshake agreement and has raised the price. Les needs to make a purchase with money he doesn’t have and if he can’t get the money into the bank in time then it’s all over. Completing a deal over the phone is very difficult though. His secretary Mead wants to help but ultimately that doesn’t mean Les will appreciate that.

Then you’ve also got a nice old lady who just so happens to be the Duchess. She isn’t used to flying all that much given how much difficulty she has in boarding the plane. She handles things a lot smoother than the rest of the cast. While everyone else is constantly stressing out and running around in terror, she keeps things in perspective and just makes sure to have a good time. Nobody is going to spoil her vacation that’s for sure. While her plot may not have been as intense as the others, she was a fun character to have around.

So with all of these characters there was quite a lot happening throughout the film. There was rarely any kind of slow moment and so the film keeps your interest rather well. The writing is on point and the character roster had a lot of variety. I wouldn’t say that I had any real problems with the film. Certainly some of the characters may not have been as likable as intended, but this just ends up feeling like a rather complete experience. I’m always up for stories with a lot of different characters.

Back to the top. For the first plot, naturally I didn’t care for Frances deciding to cheat on Paul with Marc. While the film tries to make the case that Frances abandoned Paul because he wasn’t very good at showing affection, it’s not for a lack of trying. From what we see in the film Paul seems like a good guy. It would be something if he turned out to be an antagonist but the guy fights as hard as he can for Frances. It does come across as his having being betrayed out of nowhere and Frances didn’t try to make amends. You’ve also got to consider that Marc has been a player for a while now and even has that reputation. He breaks down and goes back to his gambling habits during the movie as well. Would he have been able to change for Frances? I suppose that’s left up for you to decide but I would have my doubts.

While the film portrays Marc as a nice guy, you have to consider that he was having an affair with a married woman. By default that means he wasn’t actually a good person no matter how he tries to present himself. Paul is the one who really stole the show here. It was a pretty intense plot either way though and certainly got the most screen time. The next plot would be with team Max and it was a fun one. The resolution was a bit iffy though because it doesn’t seem like Gloria actually likes Max. The whole thing seems like it just flew over her head and she has no idea what is going on. Hopefully she is able to get on top of things in time though. Max may act like a crook but the rules he’s using appear to be legitimate loopholes so if anything you’d just have to blame the law on how he can get away with all of the money. He was a fun character to have around. While the plot itself couldn’t match the main one, I did like the constant insults they would throw at each other.

Then you have the plot with Les. He is definitely responsible for getting himself in this mess. You can’t trust a verbal agreement when millions of dollars are on the line. It’s just not the right call and of course he was going to get messed over in the end. That’s just the way it goes in business. I also thought he wasn’t very appreciative of Mead’s efforts. He was very quick to drop her whenever something would happen and the scene at the diner was most telling. Mead was a bit desperate and shouldn’t have been trying for Les since he was taken anyway though so as a whole that romance plot is one you couldn’t really root for just like the main one. I’d consider it to be the weakest of the main plots. It’s not bad though and just like the other plots you can feel how the plane delay really messed things up for him.

Overall, V.I.P.S. is a pretty good film. It’s a pretty fun look at what things are like in first class seating. The characters really only get to all interact at once when they briefly go to the lobby to try and make phone calls. All of them are desperate for the phone but they’re still courteous about it which is nice. If you like films with a good amount of drama then this is a solid one to check out. You’ll also get to see who you’re rooting for here. At one point a character even takes out a gun which makes for a pretty tense scene. With the stakes this high some characters can definitely endure it better than others.