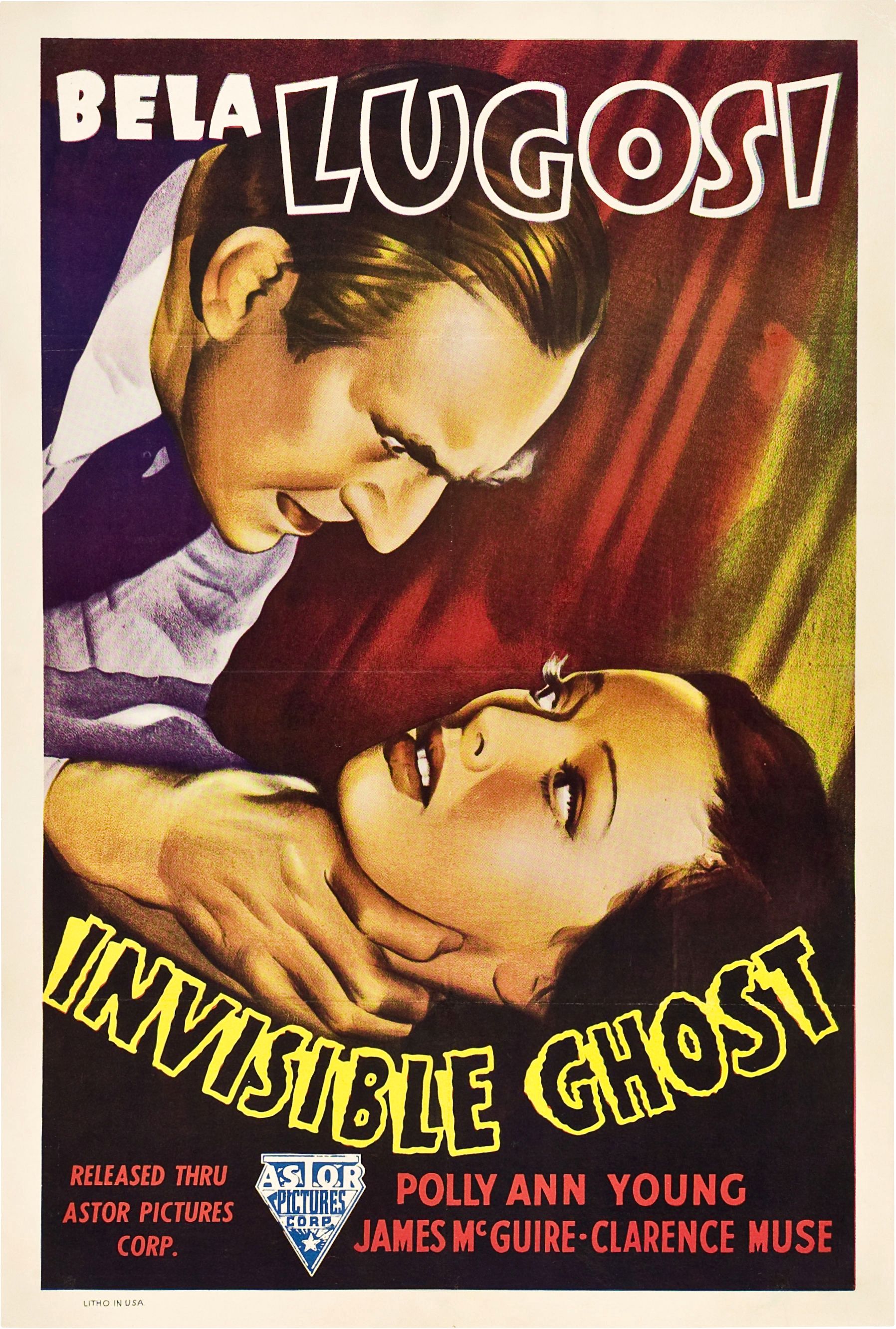 It’s time to look at a retro horror film from quite a while back. The title right away tells you that this is gonna be pretty good though. How can you go wrong with a ghost who can’t be seen? If you could see the ghost then I’d wager that it wouldn’t be nearly as spooky. That’s just me of course, but I think the logic of it is quite sound when you really think about it. The plot is nothing like what I expected but makes for a quality adventure nonetheless.

The movie starts off by introducing us to the rich Charles and his daughter Virginia. Tragedy struck this manor one day as Charles’ wife ran off with another man and died in a car wreck. He now has an annual dinner with her ghost but otherwise leads a normal life. There is one odd thing about the house he lives in though. A maid/butler tends to die every so often in this place. Over the years there have been a ton of deaths here but the cops are never able to figure out why people keep getting murdered. They’ve advised Charles to leave the house but he refuses since it means a lot to him since it’s where his wife used to live. Well, I suppose the cops can’t force him to leave. Still, the murders continue to strike at an alarming rate. Paul shows up to end this after his brother was framed for the murders and hanged. Can he really get to the bottom of this?

This is a very old school horror. You know who the guilty party is fairly early on so the tension is seeing if the cops can figure it out. It makes for a lot of entertaining scenes though since the villain is quite smug the whole time. Of course, whether or not he actually knows what he is doing may be slightly debatable due to the ending. Personally I would say he was aware. See, my theory is that he realized that the scales had to be balanced. Each visit required another sacrifice to keep the ritual going. It was all in a rather crazy set of circumstances and you’d have to stretch logic a whole lot for this to make sense but it’s not like he was a very balanced individual to start with.

The writing is very well done here. There’s quite a good amount of humor to be found here although the movie is still serious by nature. Characters just have a lot of fun with the facial expressions and quick jabs here and there. Evans for example was a very solid character. He took everything in stride and tried not to get involved in people’s affairs. Of course he still can’t help but notice all of the people getting bumped off and starts to keep his eye on everyone around. Evans doesn’t let his guard down the way that the others do. He even starts the day whistling as he tries to focus on his work. He’s rarely allowed to as things keep on happening in the manor but he does his best. He certainly steals the show.

Otherwise Charles is very solid as you would expect as well and would be another contender for the top spot. His accent is definitely iconic at this point and he has a way with words. Nothing phases Charles in the slightest and he always does what he can to help. Charles is to first one to start with the pleasantries and he always acts with a lot of empathy towards everyone. The guy appears to be as nice as can be on the outside and does his best to cope. Then you have Virginia who has a pretty rough time of it in this film. She has a fiance but things don’t go very well for him and otherwise her role isn’t huge here. She’s a fun character either way though.

As for Paul, I liked the guy’s confidence. He’s the kind of character you always gotta bring into the mix because you know that he’ll shake things up. He acts like a detective and does more sleuthing than the actual investigators. He quickly goes to find some hair and even thinks of bringing in the psychiatrist. I can’t say that the guy was of much help, but at least he was trying a lot of things. It’s hard to say if the cops were trying much of anything here. I suppose as the murders kept on going with no end in sight there came a point where they just threw in the towel. It’s pretty unfortunate when you think about it but that just seems to be how it went down.

There aren’t any supernatural elements to be found in this film but even without a ghost the film is able to keep your attention. That’s due in large part to how good the film’s writing and pacing were. There’s not much more to be said about the film though due to how direct it is. At the end of the day I didn’t really have any issues with the film. It accomplishes in what it sets out to do. There may not be any ambitious story behind the film or anything like that but sometimes you just need to nail down the fundamentals and the rest will follow. This is one of those cases.

Overall, Invisible Ghost is a very old school horror film with a rather basic plot. Someone is murdering a bunch of people and so we have to expose the culprit. You don’t really see stories quite like this nowadays as everything usually has big twists or a much larger plot. Still, you just can’t beat the basic bread and butters of the genre. I would recommend checking this one out whenever you have a chance. The movie has aged exceptionally well and is just a lot of fun. It can be pretty serious and there is a body count but the film sprinkles in just enough humor to give it that nice balance as you eagerly awaits what happens next.