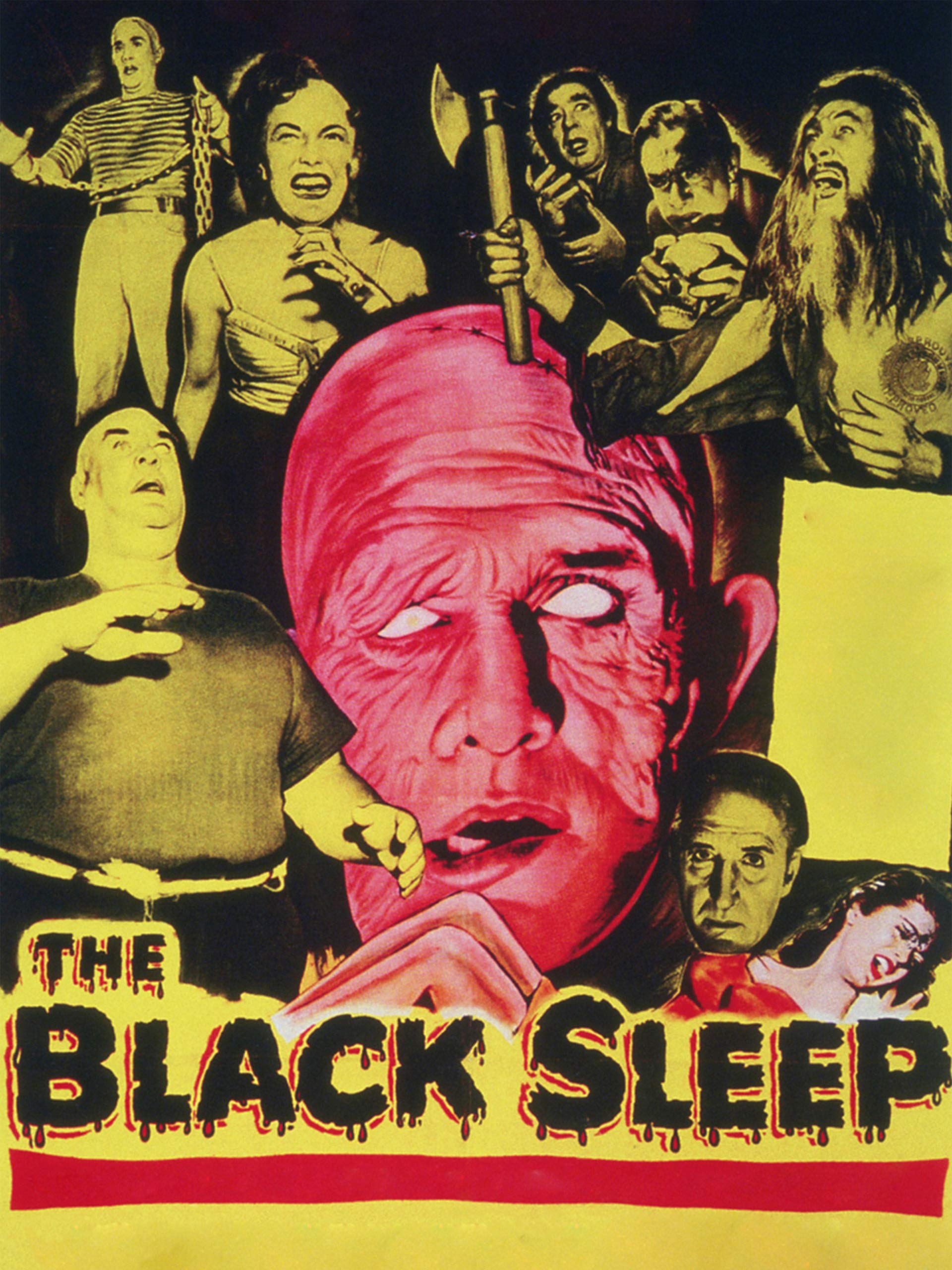 Cheating death never tends out to work very well in these films. Why would it right? The scientists tend to be quite mad and will stop at nothing to accomplish their goals. It isn’t really a recipe for success I would say. The movie has a decent premise but the main character is definitely not very bright in the slightest. I wouldn’t say this works quite as well as a lot of the other retro films I’ve seen but it should keep your attention decently well as you progress through the adventure.

The movie starts with the main character (Gordon) preparing for death’s door. He was said to have murdered someone and so he got the death penalty. His friend Joel shows up and offers him a path to escape his fate. He has to ingest the drug known as the Black Sleep. Gordon has nothing to lose so he does this and then wakes up in the doctor’s office. The drug simulates death so Joel pulled some tricks and got him out of it. Gordon owes his life to the man now though so he agrees to help in the experiments. Basically, Joel is trying to revolutionize brain surgery. He’s trying to prove that each part of the brain operates a different part of the body. Gordon is on board with this but then he finds out just how drastic these operations are. Joel is experimenting on people who are still alive and may scar them for life. Can Gordon really help him with this?

Well, any reasonable person would walk away right? Not Gordon, he’s definitely willing to play ball. Here’s the problem with this, the film could have played it off like Gordon felt he owed Joel a lot so he would go through with it despite his personal feelings. The film doesn’t really play that angle up. Gordon just seems to think that Joel has a point that this is worth the sacrifice. Even after seeing how shady Joel was, Gordon wouldn’t believe Laurie either. It takes quite a lot to convince him that this is all pretty sinister and then he quickly tries to play the hero. The problem is that Gordon is a very willing accomplice the whole time so his big turnaround at the end doesn’t feel very earned or heroic. The guy is just playing the field the whole time and doing whatever he wants. It’s hard to find him likable.

Joel isn’t likable either of course but he’s your standard mad scientist. I wouldn’t say that he’s a weak villain or anything. He’s just completely standard and you either like the villain type or you don’t. At least he actually has a reason for doing this but it just doesn’t excuse anything. He’s also failed many times as we learn when we see the dungeons later on. You’d think he would have gotten a little better at it. The idea is that he has made a creation by turning off a different part of the brain each time. So one person can’t talk, another can’t hear, etc. Definitely makes for a collection of crazy mistakes from his side.

It also makes the whole place pretty unsafe. In particular you’ve got one monster running around who keeps trying to choke people or attack Laurie. Only one lady in the house is able to calm him down and she rarely appears in time to stop his initial attack. Gordon nearly died early on when he walked into the hallway although I don’t think he could have expected anything else when it was so late at night. He’s not exactly a super sleuth and even when he has his big James Bond moment of using the secret passage he is caught rather quickly.

There isn’t a lot to say about Laurie meanwhile. She’s really hoping Gordon realizes what’s up so he can get her out of there. The problem is that he’s not very quick on the uptake and in the meantime she’s stuck. I have a lot more sympathy for her than Gordon because you do feel like there’s no way she could escape on her own. Then you’ve got Udu who is Joel’s right hand man and supplies the bodies. Typically a mad scientist always needs some kind of brute to do the heavy lifting while he’s doing the research. Udu fills that role for sure.

You can see that some parts of the film are pretty strong as you go through it. For example, I thought the writing was pretty good. The characters may not be super likable but there is some good back and forth dialogue between the characters. We have your classic debates of how much research you should do and to what ends. The film’s pacing is on point as well so I wouldn’t say it drags on. It’ll just depend really on if you can get past the characters not being great. It’s also not the most original plot and while that’s not a bad thing, you feel like other films have executed the themes better than this one. The Black Sleep just isn’t a very memorable film.

Overall, The Black Sleep tries to execute a fairly straightforward plot with a rather small cast. There just isn’t any standout member to be had though and while the creations may make for good shock value it’s not like they can do much to further the plot. You could cut or keep them and it doesn’t effect the film all that much. I’d say it was just here to convince Gordon in the end that he had to get out but he should have realized that a lot sooner. If I was Laurie I would still be rather sore at him taking it all for granted. It’s not a bad movie though, I’d put it a little above the middle. It’s definitely not a bad movie. I can’t picture myself checking it out again but if you want a quick little adventure about the horrors of science then this could be a decent pick.