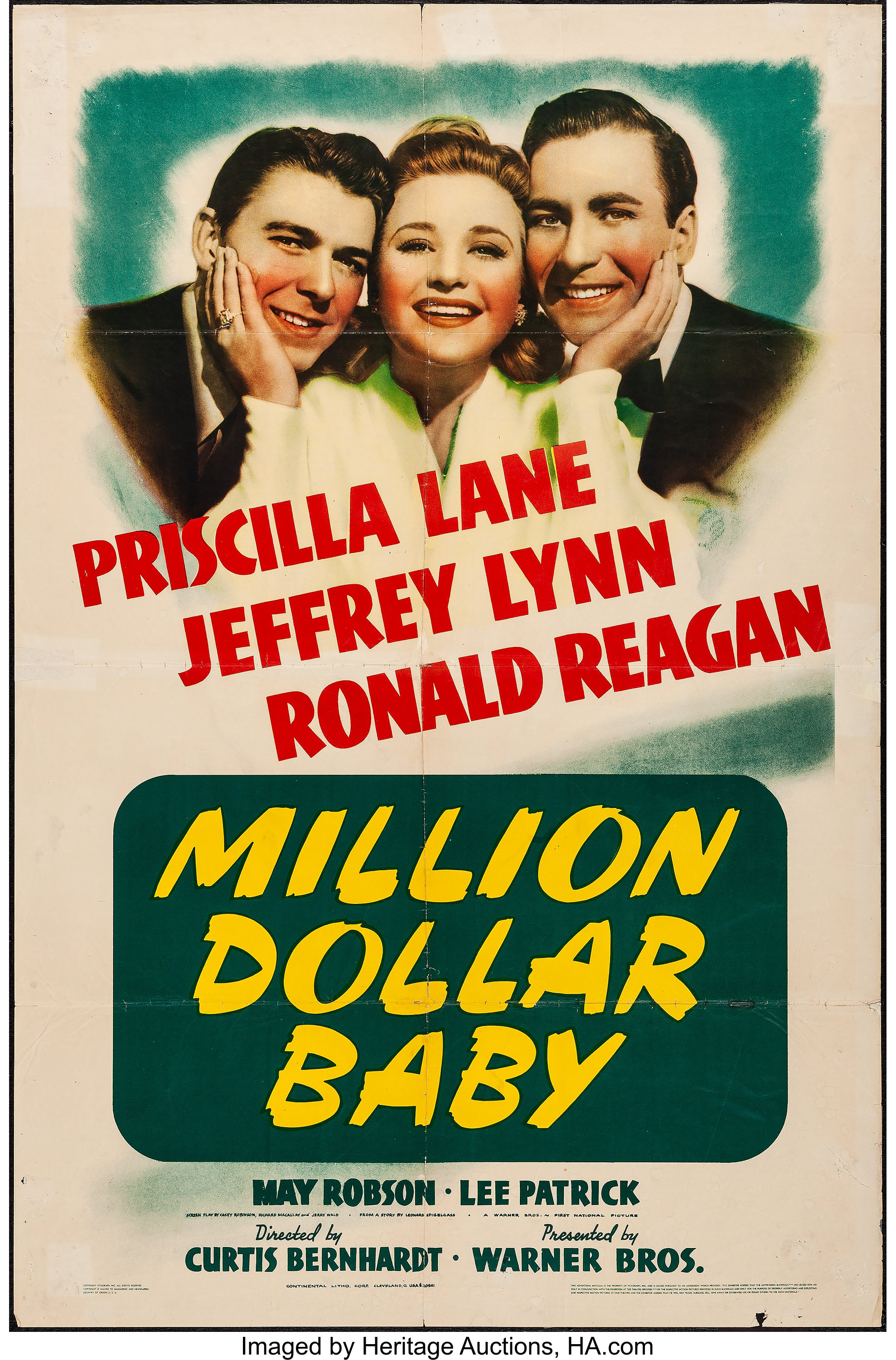 I’ve seen another film with this title already but I can’t say that I gave it particularly high marks. This one has a plot that matches the title a lot more closely and it works out quite nicely. I was certainly pleased with the results at the very least. Who hasn’t imagined suddenly having a million dollars? There’s no much you can do with that. A million dollars now may be far less than it was in 1941 but you would still be able to do a mountain of things. One thing’s for sure, if you allocate your million bucks correctly you should definitely be set for life.

The film starts with an old lady named Cornelia who finds out that part of why she is so rich with her company now is that a long time ago they swindled someone out of a lot of money. While it’s been eons since then, Cornelia wants to make things right. She finds out that the heir to the guy who got cheated is in America trying to make ends meet. Her name is Pam and she has a pretty content life at the moment. She balances out her job along with having a boyfriend Pete who is having a tough time trying to launch his music career. After making sure that Pam is on the level as a good person, Cornelia anonymously gives her the million dollars through her lawyer Jim. Pam is ecstatic about this as she should be but Pete is not so happy. He doesn’t want them to be rich and is ready to fly the coop. Will Pam really sacrifice her newfound wealth for such an insecure fellow or will she end up going with the lawyer?

As stated already, the plot is just a lot of fun. It’s a classic wish fulfillment kind of story. It’s fun to see Pam spend it all around even if she probably doesn’t handle the situation in an amazing way. She certainly panics a bit at the money and gives the bank a hard time but eventually gets into the mix. I would argue that suddenly going to expensive diners and such is the quickest way to waste your money but I suppose when you have this much you may as well waste some right? It would be nearly impossible for her to lose all her money so there’s that to think about as well. At one point in the film she even starts to earn some interest which was even more than she had been giving out. The interest rates at the time must have been pretty nice.

At her core Pam is just a nice person though and you feel like money won’t really change her much. Her only concern would really just be in not going along with the flow. She seems rather easy to manipulate at times both by Pete and Jim. She is also maybe a bit too oblivious like inviting her old friends to the fancy sky diner that they couldn’t afford. If she led off with the whole “I’ll pay for you guys” that probably would have helped though. I also think her quick fling with Jim was a bit iffy. Even if she and Pete were on the outs at the time if she did intend to come back to him later on then you can’t be with another guy like that. Getting so drunk is also pretty tricky. She probably should have just made a clean break from Pete though.

One such gullible moment is near the end of the film when the mean land lady gets her to give out a ton of money. It’s all part of Pam’s plan to an extent but giving this lady of all characters such a huge sum? At least give it to friends and family or something. I always felt that if you get rich and seriously don’t want the money then at least give it to family & friends or charity or something. Just throwing it outside or giving to people that were just insulting you the entire time and suddenly want to be friends…really? That just doesn’t seem great but it is her money so of course she can do what she wants with it. Just seems like she messed that decision up quite a bit.

Pete’s just not a very good guy. Even from the star the doesn’t seem to have the best attitude. The two of them have a lot of banter but it seems to me like he always goes just a bit too far in his responses. The guy is always insulting Pam and after a while it goes from being playful to being a bit extra. As soon as he got jealous about the money I also had to take a backseat. You can’t get upset over something like that. A million bucks is nothing to sneeze at. Time and time again Pam does her best to help him out and he is always super ungrateful about it. If Pete is serious about his music you’d also think that he would enjoy the chance to practice it more at the restaurant instead of insulting the owner and taking time with his spaghettis.

Even when Pam is seemingly being harassed by Jim Pete doesn’t do much. He gets ready to try and fight with the guy a bit but never actually gets in close for a real hit so he comes off as being a little afraid. He definitely should have had more of an aggressive approach to Jim before Pam showed up and put a stop to things. Then you have Jim who is a nice guy but I couldn’t get behind his romance with Pam. It’s all a little too fast especially with how devastated he was by the end. Really? He only knew her for a very small period of time if we’re being honest here. He’s a nice guy though and aside from the romance scenes I thought he did really well.

There is a first act in the film before Pam even shows up where you could make the case that Jim is the main character. He goes through all of the motions of messing up on his old job, getting a new one with Cornelia afterwards and even getting a mission. It’s actually a bit of a twist when Pam shows up and takes center stage. So I liked Jim in all of these moments. He had spunk and a lot of energy. I just don’t think he should have made a move on Pam later. Even if things were shaky it wasn’t his place to jump in yet or rather if he is, then making that clear to everyone from the jump as a declaration of war.

Overall, Million Dollar Baby is a pretty fun film. It’s got great writing and pacing to really support what’s going on here. If I have any qualms here it’s with Pete as he is a pretty weak co-lead and the romance in general was pretty weak as a result. I also thought the ending was a bit cheesy with the characters making the wrong move. While it is supposed to signify something about actually getting rid of all the loot, we know from a previous scene that this wouldn’t be possible. So I like to imagine that a few weeks later they just go to their account and use more money whenever they really need it. That would still make more sense to me. I definitely recommend checking out the movie though. It’s just nice and charming which works as a fun adventure all the way through.