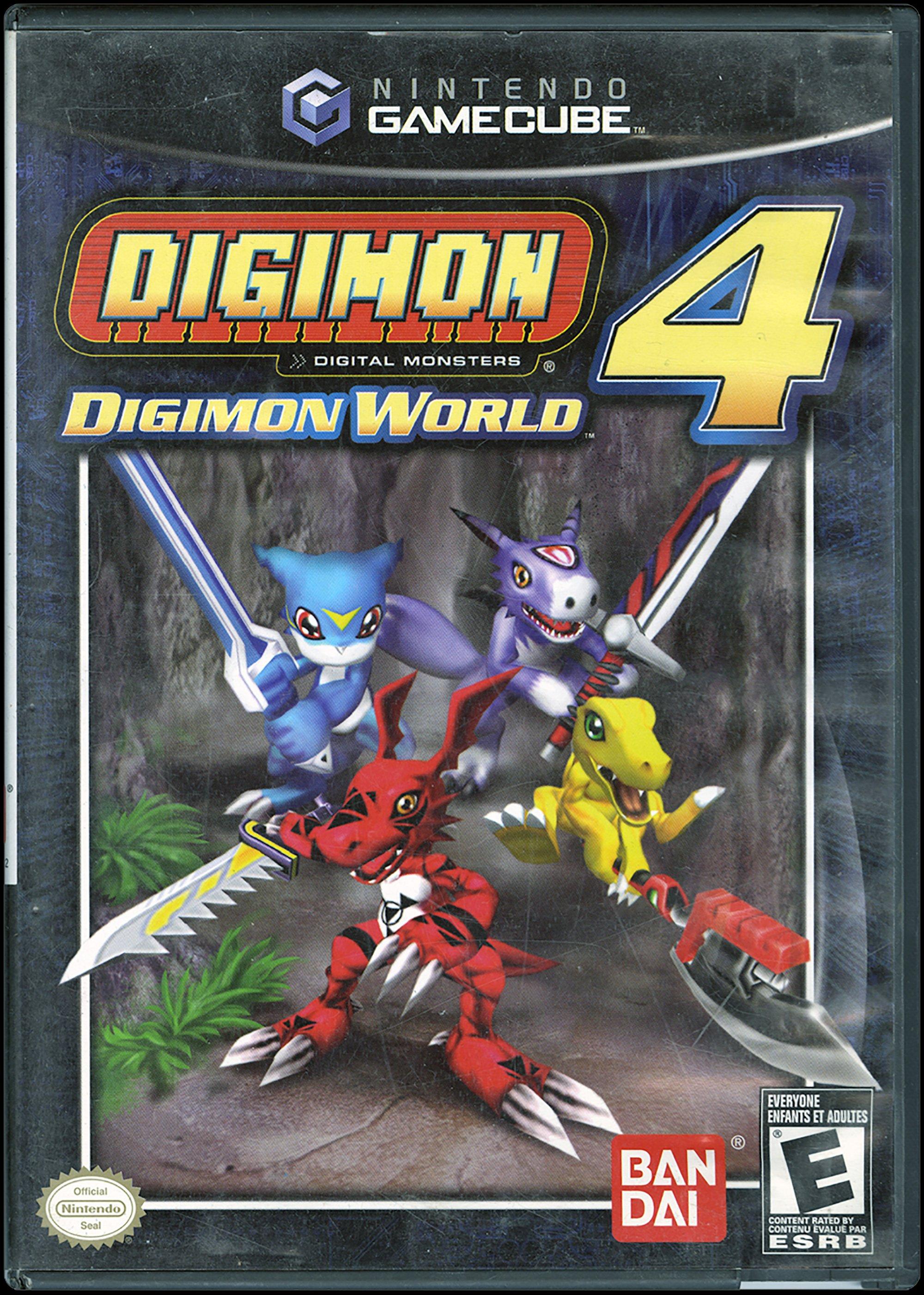 This has been a game I had on my backburner for an incredibly long time. I remember playing this for the Gamecube so many years ago but never got past world 2. Well, I went back and played the game from start to finish. It’s a pretty fun title but I do have to say that the story was a little on the disappointing side. There are a lot of moments where the story feels like it was skipped or was off screen. There is just barely a plot holding this together so much so that when you beat the final boss the credits just roll. There’s no final cutscene or any final dialogue. The game’s just over and it shoos you away to the next one. I feel like maybe it got a bit rushed.

The basic plot of the game though is that a virus is spreading and going to destroy the entire Digital World soon. The heroes naturally have to stop this so you’re sent out to finish them all. That’s about it for the story. Go to all 4 worlds and blow up the enemy Digimon. Doing so will be a good move and you’ll also get to feel heroic so that’s not a bad deal is it? It’s what you’ve always wanted to do. While there are only 4 worlds I would say the length of the game is still pretty decent. I’d estimate about 8 hours of gameplay more or less. The difficulty of the game is definitely what could extend this one. It’s clear that the game was made with multiple fighters in mind since the game supports 4 player co-op. You can counter the fact that the EXP goes at a slow rate by overwhelming the enemies with sheer numbers. In particular I found the first and last levels to be very tough. I had to do a lot of leveling up and retries in order to clear the final hurdle.

The game has an overhead combat style similar to Marvel’s Ultimate Alliance. You can choose from a few weapons such as a sword, axe, spear, or a gun. I highly recommend the gun. Attacking with the swords is just really dangerous because of how close you have to get to the enemies and how they keep moving while you are hitting them. You get a lot of attack power from close combat weapons but I don’t think it’s really worth it. The drawbacks are still too numerous next to the gun which really has no big weakness. You can spam it from afar and that will take care of the enemies no sweat. You can hold onto 3 weapons while you’re on the field though so feel free to bring one of each.

In this game you do need to improve your weapon levels to use them though. For example, if you have a gun level of 100 you can only use guns up to that level. So you couldn’t equip a level 105 gun. Then if you only use guns your sword level will be at 1 so even if you find an amazing one it’ll take a while to use it. TO improve your weapon level you need to keep using your weapon on enemies. Pretty self explanatory eh? There’s not a whole lot to explain on it so you’ll just get it right away. One thing to note is this is one of the first RPGs I’ve played where you can’t just use weapons you pick up. So if you pick up a weapon on the field then you will need to go back to base and go to the Digi Lab in order to equip it. that means you can expect a lot of back and forth trips. Additionally, you can’t hold too many items so get ready to sell some. You can only sell items one at a time though.

I think that’s really at the heart of the issues for Digimon. The game doesn’t seem all that polished. A lot of the elements here just take up way too much time. We’re just talking about small delays but they’re actions you have to repeat over and over again so the time starts to quickly add up. This occurs whenever you need to change a weapon, equip a mod, etc. It gets to the point where you don’t want to bother with equipment all that much. Just get a good loadout and then get ready to head out. The Hub World is also quite huge with 3 different areas one of which has 2 floors. There are various shops and such to be found here so you should memorize which area has which shops early on so you don’t go to the wrong place too often.

The game is at its best when it’s focusing on the actual dungeon exploration gameplay. You take out all of the enemies in your way and evntually head to wherever the boss Digimon is. Each world has 4 dungeons in it except for the last one which has 3. The dungeons typically have scores of enemies that will try to get in your way until you meet the boss to take him out. The boss is usually a lot easier to deal with than the minions so I don’t expect you will have any real issues there. The final boss is a handful though so my recommendation is a lot of run and gun tactics. If he hits you with the thunder palm it’s game over. If he hits you with the shadow balls then it’s game over. You really can’t let him hit you at all so just keep on running. If you think you can squeeze in another attack…don’t. It’s just not worth it at that point. You want to live because dying means you have to go through the entire dungeon again which can take a little while.

Also pro-tip, don’t trust the quick save. You have the ability to use a gate card to make a shortcut deep in the dungeon that takes you home. Thing is, the shortcut expires as soon as you quit the game so if you save and exit then that’s it for that. I got burned on that once. I guess it’s meant as just something fun to have on hand for long play batches but it’s definitely not something you want to take chances with. My other tip is to really use the healing attack a lot. You cant to have it keep improving since you recover more health that way and eventually you’ll never even need to use potions. It’s a great help not having to depend on the items. You can use that space for something else.

The graphics here are pretty good. It’s definitely got that nice Gamecube feel to it and looks very nostalgic. The boss designs are on point and the stages all look pretty different. The soundtrack is fairly standard and not too memorable but it works well enough I’d say. As mentioned the game length is fairly decent. There’s not really much in the way of replay value though. I suppose you could go and learn all of the evolutions to have fun with. I believe they take you back to level 1 though and since leveling up isn’t very fast in this game I’m guessing you won’t want to put so much time into doing things all over again.

Overall, Digimon World 4 is a fun game. It’s just one that feels like it was rushed quite massively towards the end. A lot of the gameplay mechanics take longer than they should and the story was nonexistent. The actual dungeon gameplay was fun though and having to go up against such large numbers of enemies can be pretty thrilling. You know that you can’t lower your guard for an instant or it’ll be over. I also appreciate the fact that this was made as a 4 player co-op game as you don’t really see that anymore. If you want to check out a Digimon game this is a good one to get but I would sooner recommend Cyber Sleuth or Rumble Arena.