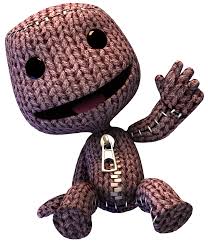 Suggested by Destroyer Sackboy doesn’t look very intimidating so it’s fair to say that this could be a decently close fight but when you look into his actual abilities then that changes. Personally I don’t consider Sackboy to be super impressive but he does have actual fighting abilities thanks to PS All Stars including lasers and such. Howard has a gun but that’s about it and it really won’t do almost anything to someone like Sackboy. Sackboy wins.