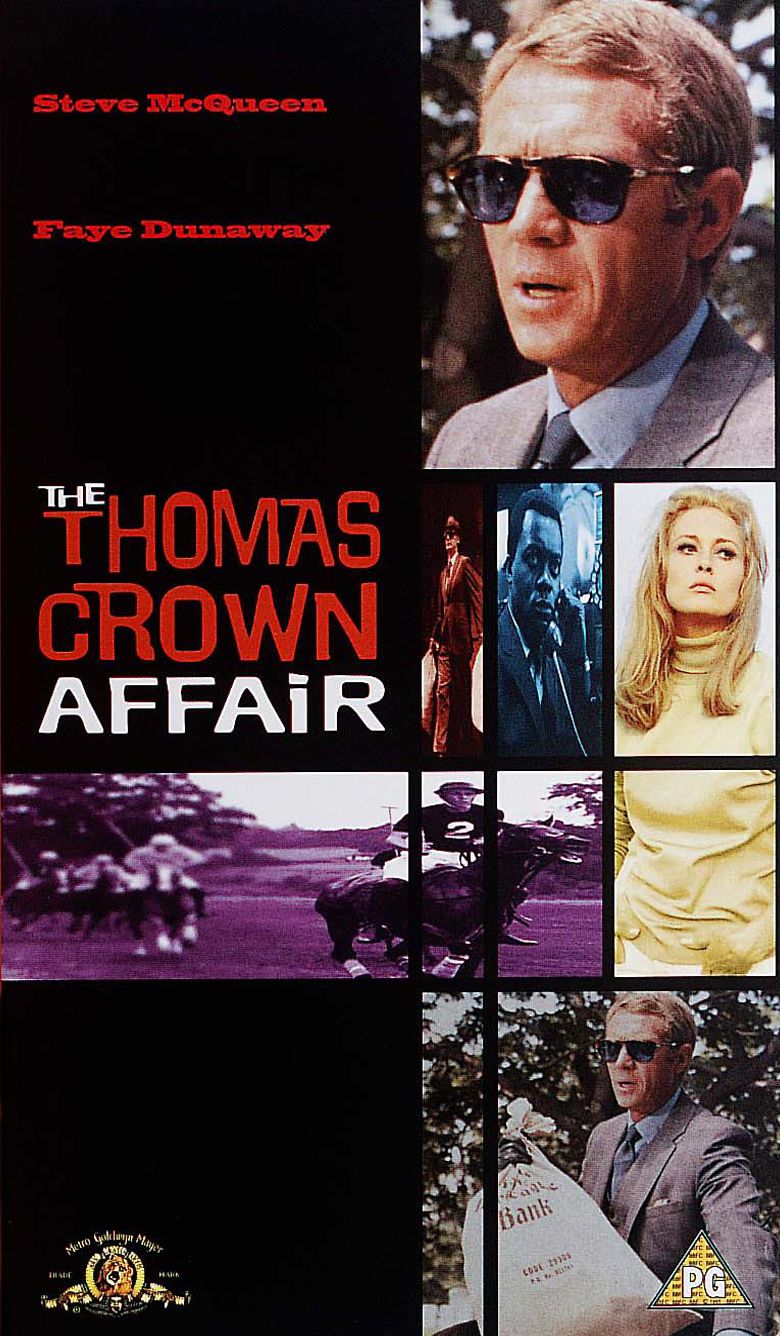 Whenever you get romantically involved with the person you’re supposed to bust on a case then you know that you’ve done your job wrong. This film involves a few heists and as soon as the investigator meets up with the crook you know that things are not going to go well. If anything you’ll just feel bad for the cops here. On one hand they wouldn’t have even been close to cracking the case without the heroine, on the other hand maybe it’s better not to crack the case then to have someone weaken you from the inside.

The movie starts off by showing us the first bank heist. It’s a pretty impressive piece of work as a bunch of strangers are brought together to do the gig. Each one has a different job and only needs to know his part. As a result they don’t actually meet up and this ends up being a pretty big event. Nobody is able to stop Thomas so he escapes to the money and goes back to his wealthy life. The cops are unable to handle this so much to detective Eddie’s horror they call in a specialist. Her name is Vicki and she is not opposed to using less than legal methods to ensure Thomas’ capture. She quickly tightens the net around him but ends up liking him as well. Will she be able to pull the trigger or will she end up defecting to his side?

Now with any heist film you will probably have to suspend a little disbelief at some scenes. The more they show you the more you will have some questions. For example, I feel like the whole thing went way too smoothly at the end. None of the cops get off a single shot as the villains flee and the car is able to easily drive across the many streets with nobody catching up. Too bad none of the cops are good drivers in this film eh? Would have made a pretty big difference if you ask me. The second time around is arguably even worse since the villains use the same plan and it works once again. This time there is more of a shootout though so at least the heroes put up more of a fight.

When you have this as your context it’s also incredibly hard to buy into Vicki falling for Thomas. How could she possibly do this when he was willingly getting involved in such crimes. It’s not like the film ever even tries to paint him as a sympathetic character either. He’s just doing this for the thrills which makes him as villainous as possible. The whole affair with him is just pretty terrible the whole time. There’s one chess game in particular which the film manages to mess up because of this.

Usually in a heist or a mystery film like this you get a good chess game between the hero and villain where they explain their plans and how they one upped the other character. You get a lot of solid moves back and forth which mirror the actual moments. In this case we get none of that. If anything they’re playing in rather sloppy fashion since Thomas gets really distracted during the match. It’s a big shame since Chess is usually pretty hype. It almost goes without saying that the romance is just really bad from start to finish.

The movie also uses an editing style that’s not very good. Basically everything shrinks into tiny boxes along the screen that start to show the same image half the time. So instead of watching a scene normally you’re seeing over 10 versions of it. This might be a decent novelty the first few times but that quickly wears thin before you know it. In the end you’ll just be shaking your head. The writing’s not great either. I would say it’s okay at best but without likable characters there just isn’t a whole lot that you can do. There are no memorable lines here or even fun comedic moments. The film is serious but in a rather dull way where nothing seems to happen for large periods of time.

Thomas is just a petty villain with no master goals. There’s really no depth to him and no reason to like him. It’s also worth noting that Vicki figured him out almost immediately. Then you have Vicki herself and I can’t give her a thumbs up either. She let her personal feelings cloud her judgment. The fact that she even asked the cops if they could have a truce with Thomas was terrible. You can’t negotiate with someone that just robbed a bank and put tons of people in harm’s way. Then you have Detective Eddie who’s okay but never seems to make any headway in the case. He was more reasonable than the other characters at least but I wouldn’t say that it made him a good character either. It was just an added bonus. In the end he was so ineffective you might feel bad for him rather than actively rooting for him. Technically I was hoping he would be the one to crack the case though even if you never thought there was a true chance of that.

Overall, This isn’t a film that would have much replay value at all. It gets worse the more you think about it. The romance is no good and since the heist is only a very small portion of the film, it means that there’s not a lot here to keep your interest. In theory the best part about a film like this should be the back and forth banter between Vicki and Thomas but we don’t get a whole lot of that here because they are interested in each other almost from the start. There’s no true cat and mouse game here because they aren’t 100% serious about getting away from the other. It’s a game, but one with low stakes. It’s like making a Tom and Jerry film where they’re actually friends. It wouldn’t have the same impact unless they’re teaming up against a common enemy but that’s a completely different ball game. If you want a good heist film, watch Ocean’s 11 instead for a vastly superior product.