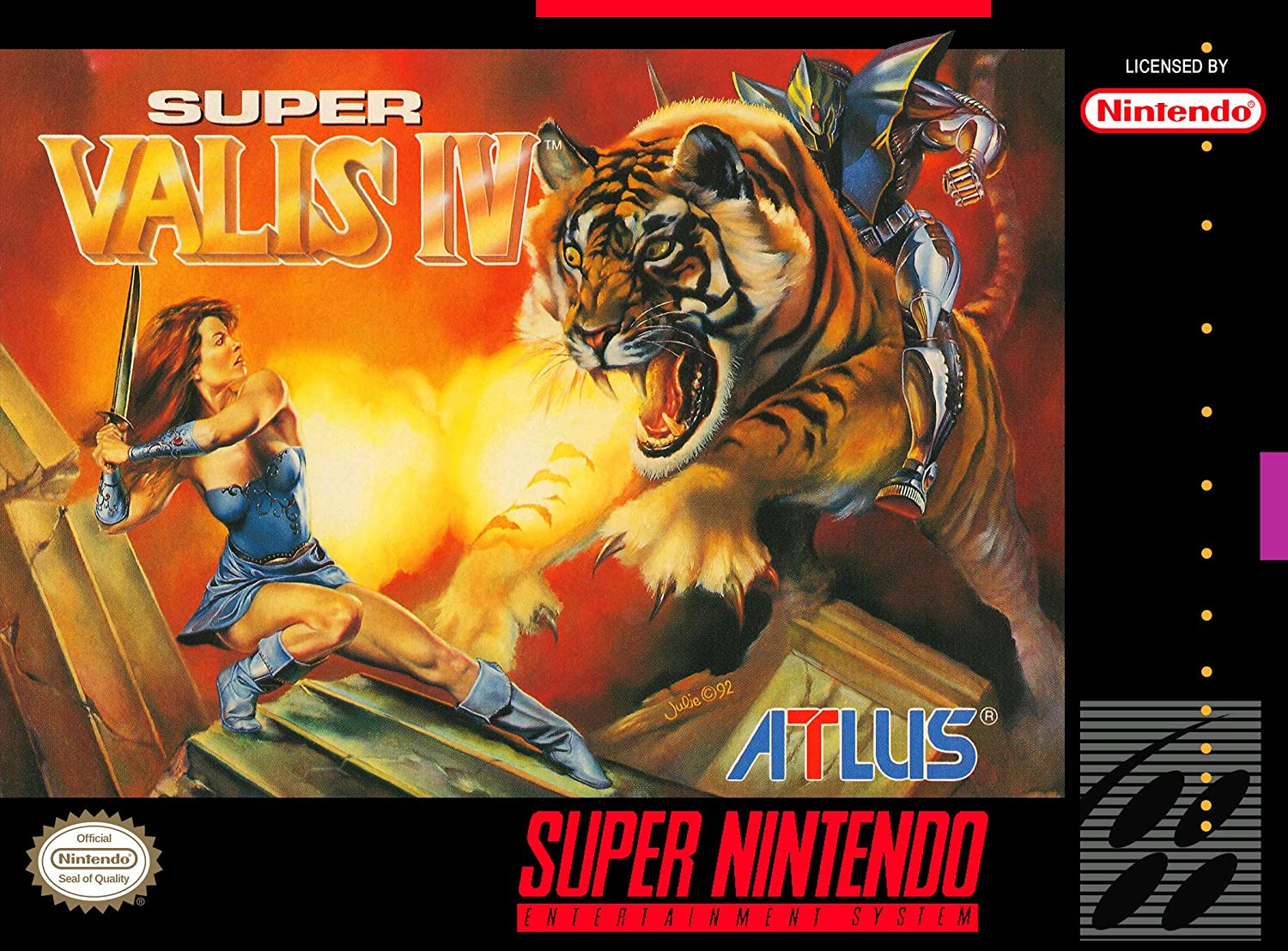 With this title out of the way I’ll have played all of the new additions to the SNES online service. Super Valis IV is definitely a good way to end off though. It’s a pretty fun platformer with a solid plot and good all around gameplay. It’s a title you’ll enjoy playing through and it’s also got a good amount of difficulty. The final boss for example has a health bar so large you’ll think the game has glitched out on you.

You play as a warrior who is fighting to save her planet. To do so she will have to go through several realms and fight all manner of creatures from demons to skeletons and other such creatures. Each land is guarded by another powerful fighter but she won’t let anything stop her from reaching the the red moon. The game is fairly linear although some levels have a few different paths you can take which can turn you around in a circle. It’s hard to say how you should know where to go, just make sure to always keep going right whenever possible and you should be fine.

For the combat you have a blade that you can fight with as well as an energy blast that you can spam. It’s quite handy in some boss fights like against one guy who has a pet leopard. If you go to the very edge of the right side screen, he cannot hurt you. The only thing to watch out for is the occasional fireball which you can just jump over anyway. Outside of that you’ll pretty much be all set. The other bosses don’t have such easy counter measures though so you’ll have to learn them as you go. The toughest one to deal with is probably the guy who can make clones of himself. It’s extremely hard to react to his attacks because of how fast he is and the amount of raw power. Just touching the guy will deal you a bucket of damage.

The final boss is easier to dodge but the tough part with him is the large health bar as I mentioned. For the first dozen or so attacks you won’t even see the health bar go down because it spills over the meter so much. Eventually once it starts to go down then you’ll see that you have a lot more hope in store for you. You can also grab different power ups throughout the level that will help you when you’re in a pinch. I highly recommend using these items as long as possible. At the very least the transformation is a must have as it temporarily makes you completely invincible. No attack will be able to break through the barrier. For offense it’ll just depend on how much you like the item. I admit that the normal blaster and sword are so good that you may not need anything else.

Graphically the game definitely holds up really nicely as well. The character illustrations are solid and the fact that we got both an opening and an ending is really good if you ask me. It means that you actually feel like you’re making a lot of progress through each level. The character designs are also excellent. The bosses all look really unique and you can tell that none of the designs were just slapped together. A good amount of work went into them. The soundtrack is more on the forgettable side but still pretty solid throughout. I don’t expect you will have any complaints as you go through the game.

There isn’t really any replay value though. Once you beat the game there is nothing left to do. The credits roll and then you can play through the game again if you like. The actual game is about an hour long give or take. So this is a short one but at least it’s free with the online service so that helps. I don’t ask for much more of the SNES era. Just having a story and smooth gameplay already makes it fairly high end. It’s a nice way to pass some time and hopefully someday we can get a proper reimagining of this title.

Overall, Super Valis IV is a pretty solid platformer. It’s a simple game with proper execution and an engaging story. You really can’t turn down such an adventure. I definitely recommend playing through it if you have the Switch and a little time. There’s so much they could do with the concept if they were to keep going with the series. I look forward to the SNES Online adding in some more games at some point. Right now it’s definitely been updating at a rather slow pace so I’m hoping that can change soon. If we are going to add more consoles soon then why drag out the releases right? Well, when we do get some new games I’ll be sure to start them right away.