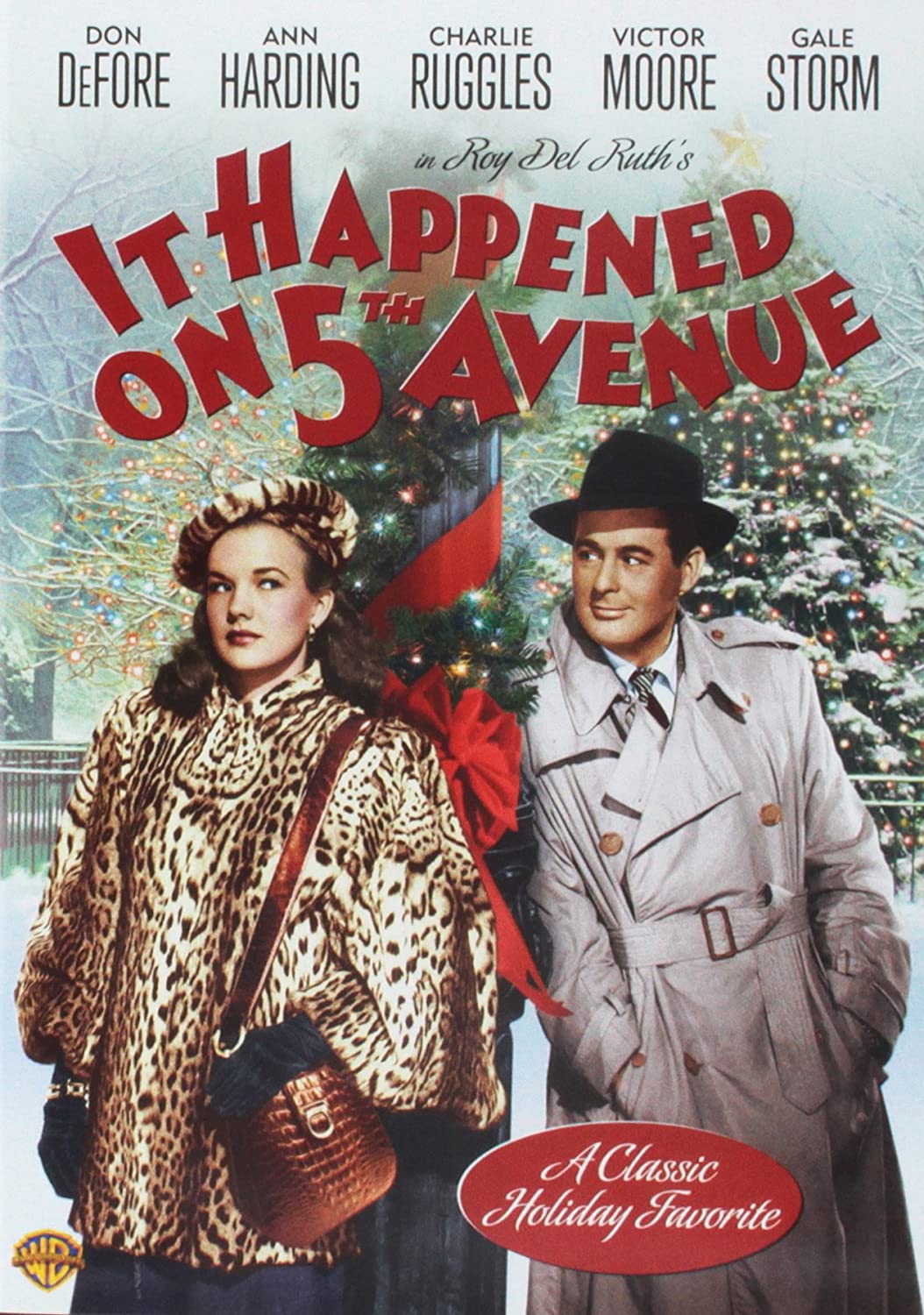 You know the old saying about how more money just means more problems? Well, in this case the money does end up giving Mike a lot of problems only he doesn’t know it. He is so rich that people actually stay at his mansion when he isn’t around which is a pretty interesting premise. The film’s definitely fun and while Mike may end up putting up with way more than he should, there’s a good amount of humor here.

The movie starts out by introducing us to McKeever. He’s an older man who has given up on working and just ends up taking refuge in abandoned houses. He has a pretty tight system where he visits Mike’s mansion when the guy is away at his other base. See, Mike is the second richest person in the world at the moment so he has a lot of mansions to upkeep. McKeever has kept this system up for 3 years but a complication comes up when he encounters Jim, a veteran who is out of luck at the moment. He isn’t able to afford a place to stay because all of the houses have been bought up.

McKeever allows Jim to stay with him but then a girl named Trudy shows up. McKeever isn’t thrilled about expanding the ranks further but he allows her to stay. Little does he know that she is Mike’s daughter and Trudy doesn’t intend to tell them. Still, her silence will be put to the test as Mike shows up and slowly Jim invites other veteran families to stay with them. The house is getting busier and busier which is something to consider.

You know, there’s actually quite a lot of plot to think about here. In addition to all of that, Mike also goes into the house undercover. He works as a servant while he is trying to look after Trudy and find out more about Jim. Then you’ve also got his ex-wife Mary who joins in on the fray. Effectively everyone is undercover leading to a lot of mix-ups and comedic shenanigans. It’s a pretty fun dynamic on the whole and the characters are all pretty reasonable.

As mentioned, I do think that Mike puts up with a lot more than he needed to though. McKeever drives him really hard next to the other characters perhaps in part because he wasn’t totally on board with Mike joining the house as well. Then having to see this guy wear all of his clothes and smoke his cigars is pretty tough. I suppose McKeever has enough restraint where he doesn’t use too many since nobody’s ever noticed before but that’s a lot to have to just endure. The broken bed is really just being extra. It’s all done in fun of course but after a point you feel like Mike was well within his rights to break up the whole thing. Technically he wouldn’t have been in the wrong to do it from the start since they were using his house without permission.

Mike’s a tough guy but I do think he was a good man even from the beginning. He drives a hard business and buys up as much as he can but we never are given any indication that he is doing anything illegal or unethical. One of the main dilemmas of the film is how it is tougher for people to live anywhere since the houses are going up in price though. I suppose you could make the case that Mike is directly responsible for this but I would argue that as CEO of the company he wouldn’t be as knowledgeable on the day to day stuff. He knows that he is buying everything up but I doubt he intends to put everyone on the street either. Regardless, Mike definitely has a lot of character development through the film and worked really well as the lead.

His ex-wife Mary also gets a sizable role once we’re around halfway through the movie and she joins in on the fun. She definitely helps Mike get through a whole lot of this. The film doesn’t dwell too much on why they divorced in the first place but there’s enough material for you to draw your own conclusions. This is one case where again I’m probably on Mike’s side since it seems like the idea was that he was too involved with his work. Sometimes that can be too extreme but at the same time he is a super rich CEO with a lot of responsibilities so I would have to see more to really determine if it was unreasonable.

Then we have Trudy who is the real main character here. She’s a solid character and definitely has fun trolling Jim and McKeever. I thought it was pretty entertaining how easily she messed with them. She definitely became good friends with Jim right away although I would understand why the other characters may be a bit skeptical since they didn’t know each other for very long before getting serious. Mike even issues a challenge, one that I would say Jim failed in the end. He ultimately put money first and while the decision isn’t as black and white as all that, I don’t think it was the correct decision. Effectively he would have left Trudy there and I don’t see how you can reconcile that.

I ended up liking Trudy a lot more than Jim for that reason as she stayed strong throughout all of this. Additionally she was just a fun character with a lot of good dialogue. Jim did handle himself well for most of the movie aside from the challenge though. He was always willing to help the others out and his business idea wasn’t bad. It’s a pretty decent plan so maybe he will find some success with it in the future. Just knowing that you have someone you can count on is always pretty big.

Finally you have McKeever. He’s definitely the most experienced member of the group and offers up a lot of good advice. The whole bidding above your paygrade bit is probably the only bit that doesn’t really fly but otherwise he’s a charismatic character. He may not be heroic as he does illegal things like living in other people’s houses all the time but he tries not to do any harm as he mentioned. His dog is also a lot of fun so it’s always cool to see him around.

At the end of the day I’d say that what really makes this film is the strong writing. At its core the film is really thriving on its solid humor and good character interactions. The cast are all pretty likable and the idea of someone being undercover is always pretty fun. It’s a nice way to really put yourself in someone else’s shoes and all told, Mike did pretty well. Considering how rich he is I doubt he would have had a chance to do many of the activities he had to complete before now.

Overall, It Happened On 5th Avenue is a film I would definitely recommend checking out. The pacing is nice and tight and the most important factor here is that there isn’t anything bad to say about the film. It’s just a very pleasant ride from start to finish. Whether you’re here for the comedy or the drama you’ll be satisfied. Mike certainly gave up a whole lot in order to help the characters by the end so you certainly hope it works out for them. Of course, he’s so rich that he’ll be fine even if this operation were to go belly up.