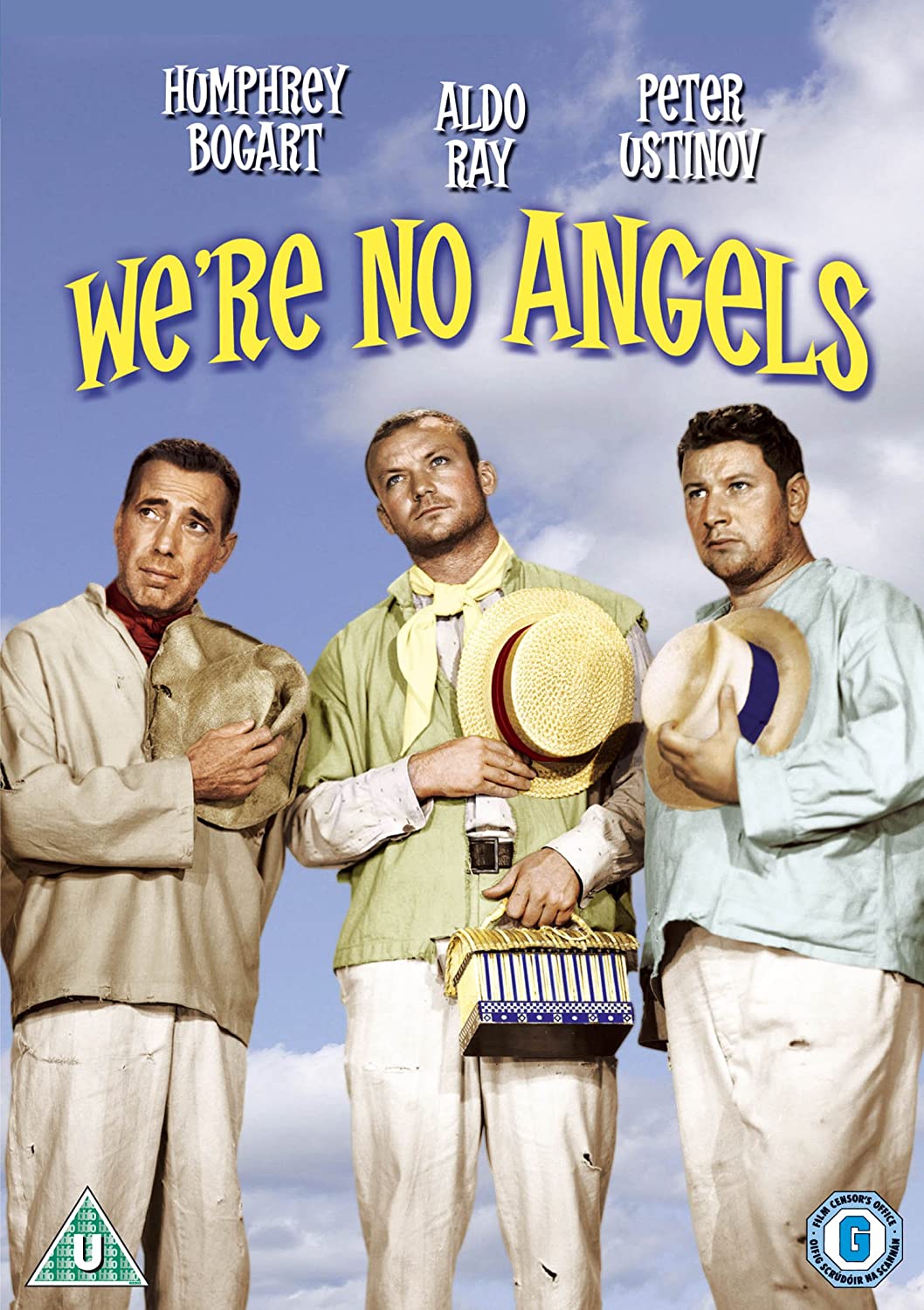 The concept of a villain deciding to help some people out tends to be a pretty fun one. A lot of villains will still have some kind of standards so they will be able to protect someone or may just connect with someone. You see this all the time like in One Punch with Garou stepping in to save a kid, Buu deciding to help out Hercule in DBZ, or even in Star Wars with Vader deciding to assist Luke. When you have a villain on your side like that it doesn’t mean that they are suddenly a hero but it does mean that at least you will have some good backup. So when a struggling family meets up with 3 convicts, it helps their odds of victory quite a bit.

The movie opens with Joseph and his two friends Albert and Jules on Devil’s Island. They have decided that they aren’t going back to prison and are going to hitch a ride on a boat back to civilization. They have a little time to waste until this happens though so they wonder into a thrift store and start robbing it blind. In general that’s what they do. They go around robbing places as much as needed and then move on to the next place. Here their scam is to do some window repairs so they trick the owner Felix into letting them do this. They start to learn quite a bit about the family while spying though, such as the fact that Felix’s cousin Andre is arriving soon and plans to ruin the owner. Meanwhile Felix’s daughter Isabelle is in love with Andre’s nephew Paul, but it looks like he is to marry someone else. The three crooks decide to help the family out since they’ve actually been nice to these three guys from the start. Can they really stay on the straight and narrow long enough to help or will their help just make things worse for everyone involved?

There’s a lot of great dialogue in the film. It’s got a great style of humor with a lot of witty comebacks and sarcastic remarks. In particular Joseph is very experienced and great with people. He’s able to manipulate both the heroes and villains quite a bit throughout the movie. He’s also a man of many talents as seen when he is able to forge some documents. There’s not much that he can’t do and that’s what makes him a pretty solid figure. Of the 3 characters he also seems to be the least violent. Both of the other two had pretty intense crimes while Joseph was about cooking the books. That talent would come in handy here as well.

He really elevates any scene he is in. I also liked all the scenes where he would be trying to sell someone a product. No matter how crazy the product or how ineffective it would be, Joseph found a way to make the sale. Now that’s dedication. Then you have Jules who was also a lot of fun. His accent was handled exceptionally well. He seems to be the most distinguished of the 3 and likes to talk in a very proper manner. He keeps Albert in check a lot of the time and is just very handy to have around. I would definitely put him as the best character outside of Joseph.

The only member of the trio who isn’t good would be Albert. He’s also the only character in the film that I would say was a bad one. The movie goes a little too far into the dark humor with his previous crime. The fact that Albert is not exactly repentant of the crime doesn’t help matter either. It’s played for laughs how Jules has to keep an eye on him throughout but that plot I could gave done without. It’s the only thing that keeps the movie from getting to the next level. It would have been nice if he had not been quite so villainous or if there had been some kind of plot twist at the end.

Then we have the family owning the store. First off is Felix who does his best to mind the store but doesn’t seem to have a terrific amount of business sense. He isn’t doing so well in the store and while the situation with the crooks turned out okay it easily might not have and he would never have known. He’s a bit too oblivious although in general I guess that is true for all the members of that family aside from the two evil ones. Now those guys are on the ball but maybe a bit too much.

Amelie is Felix’s wife and in a way she even looks up to the criminals. She admires how bold and resolute they are when making a decision. It’s an interesting character arc for sure. She’s a nice person at the end of the day who did her best through a pretty grueling situation with Andre. Then we have Amelie/Felix’s daughter Isabelle. She’s portrayed as one of the nicest people around to be sure. She’s always very cheerful and keeps an open mind as the main characters teach her some things. She may end up being a bit naive at the start but conducts herself well in how she learns from the opening experiences. I’ll definitely give her a lot of credit for not folding any of those times. She does faint a whole lot but that’s the only point I would take away from Isabelle. Otherwise she was just a lot of fun.

Finally we have the two big villains. Andre and Paul are comically evil with how over the top they are. Andre wants to make life miserable for Felix and he is also shrewd enough where he doesn’t easily fall for Joseph’s tricks. You have to give the guy some credit there. He does get real lucky that the main trio aren’t out for blood though because otherwise threatening them at night probably wouldn’t have been very smart. They get revenge on him in small ways throughout the film which is pretty fun to see. Andre was a great villain though and I would put him as one of the better characters in the film as well for that reason.

Then you have Paul who is another big villain but he’s not quite as solid as Andre. He doesn’t have Andre’s wit or sheer level of intelligence. Paul can only win when there are no obstacles ahead of him. He’s also not very brave either. So there’s no real reason to like the guy especially as he is quick to want to manipulate Isabelle as well. You’ll definitely be waiting for the main characters to take care of him as well and then see how they can cover it up.

Overall, We’re No Angels has a lot of great humor throughout. It can certainly get a bit dark but with the exception of Albert it’s all handled fantastically. The characters are a lot of fun and there’s always so much happening that the film will have a good amount of replay value. It’s also just a fun dynamic to have the villains as main characters since you know that they will not mind taking care of the villains at any time. Anyone messing with the leads may want to think twice about the whole thing. With tension and a nice sense of adventure, this is certainly a film I would recommend checking out when you get the chance.