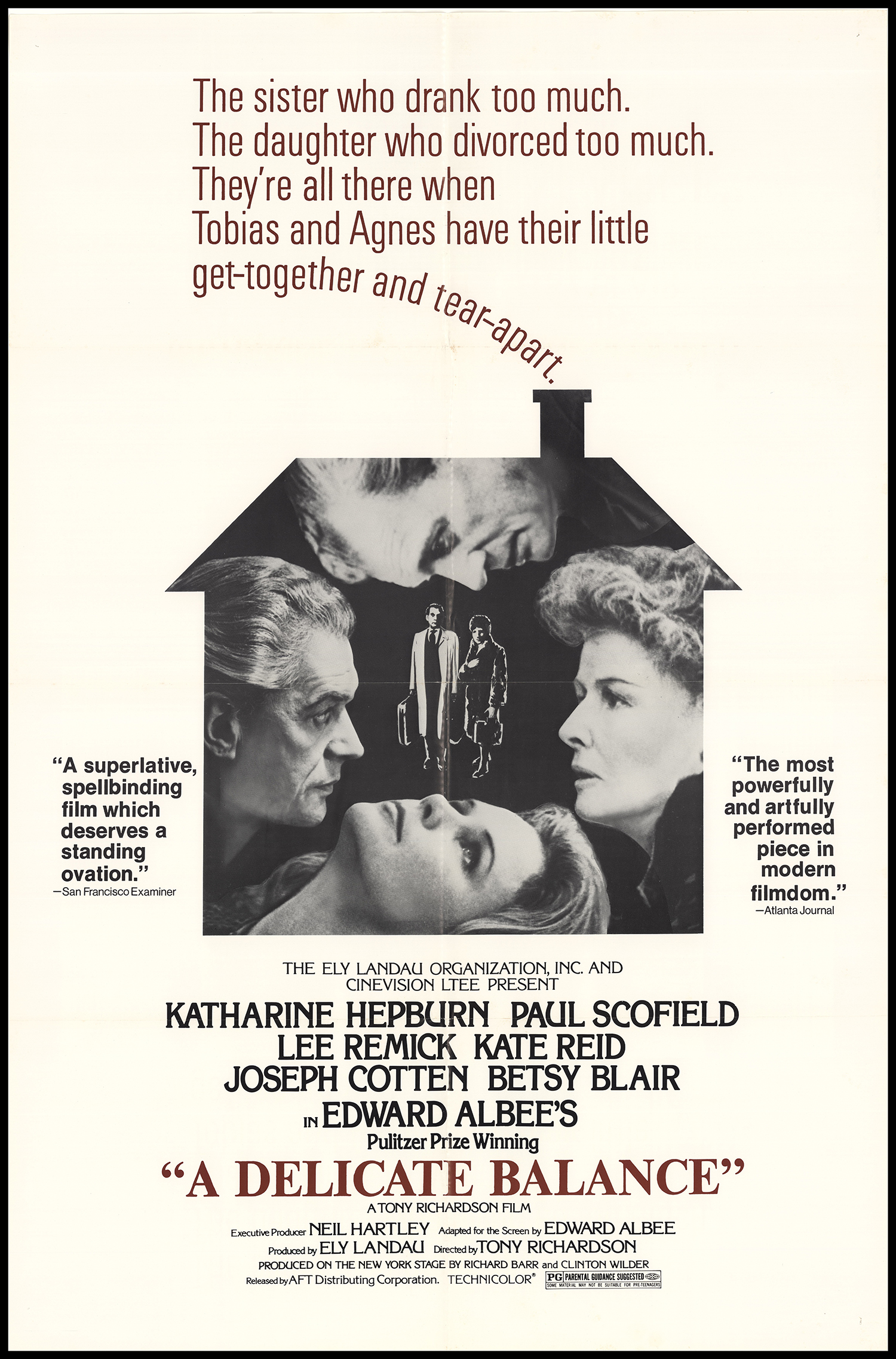 Some films are about a big action story with lots of combat, others involve an adventure to other realms, and others still are just about locking the characters together and just having the debate each other. This one falls into the final category but unfortunately the writing is really weak which makes for a deadly combination. See, when you have a film that is all about the writing then at the end of the day your mission is really going to be to make it so engaging that you are at the edge of your seat from start to finish. I mean, that’s the idea at least right? Unfortunately that doesn’t work quite so well here.

The movie starts by introducing us to Agnes and Tobias. They’ve been married many years and banter quite a bit. It is at a point where they both hurl rather personal insults at each other although Agnes does most of the hurling with Tobias just taking it. You wonder if they will be able to make it another day but since this is a regular occurrence for them they’re probably okay. That’s when Claire shows up and she never gets along with Agnes at all. So they insult each other a bunch as well until Harry and Edna show up. They are Julia and Tobias’ “best friends” so of course the heroes have to pretend to be happy to see them. Unfortunately this isn’t a social visit. The friends want to stay over at their house permanently since they are now too scared to go back home. They quickly run to their rooms and that’s when the main couple’s daughter Julia shows up. She has been divorced a 4th time and wants to live here again. Can these 6 characters get along or will they finally reach the breaking point?

I guess my main problem with the film would be that none of the characters are even remotely likable. They all exist just to get in each other’s way and make the worst possible decisions just so that the film will continue a little longer. If the characters acted with any real sense then they would have been okay. This also means that most of the time in the film the dialogue feels rather forced as if the characters need to dig up another hole for themselves when they would have been just fine otherwise. You have completely nonsensical stories like Tobias talking about his cat which only serves to hurt his character more. Claire spends the whole film being drunk so as she is slurring her next sentence along you’re just hoping she will hurry it up at some point.

Lets go point by point though. Agnes is the main character of the film or at least I would make that case. She doesn’t get along with everyone and likes to play the victim while insulting everyone else. She talks tough but when it comes time for a big decision to be made she makes herself scarce. There’s really nothing to like about her character although I will acknowledge that if I had to choose, she probably has the best dialogue among the various characters here.

Then you have Tobias. He’s always very soft spoken and lets everyone walk all over him so you already know what his character arc is. He’ll finally man up at the end of the film and talk everyone down but you’ll be rolling your eyes by this point. If the whole story about the cat didn’t already alienate you, then his final decisions will. From the start he is overly dramatic about the friends coming over. So he’s known this guy for over 30 years and let he completely panics when the guy stays over for a single night? I don’t care if they have been fake friends for that period of time, 30 years is enough to give the benefit of the doubt. If you don’t want him to stay over then saying that flat out from the start.

The one thing not to do is to just be quiet about it and then later on say it’s not right. Tobias has a super long speech at the end where he basically says that Harry should stay here because he’s earned it but Tobias doesn’t want him to. Tobias basically renounces their friendship right at the start but his speech drags on and on. He was just way too dramatic about the whole thing and doesn’t accomplish anything at the end either. I won’t say he is the worst character in the film (That would be Claire) but he may just be the most annoying.

Then you have Julia. From all of the characters she probably adds the least to the film. So she got divorced and is here to make everyone else’s lives miserable. All right…but we already have 5 characters for that. She really doesn’t contribute and I would make the case that removing her from the film wouldn’t actually change anything. See, while I don’t like Claire, it’s easy to see why she’s here. She helps to stir the pot before the neighbors even get here to put everyone in a bad mood. She gets drunk a lot and messes with Tobias a lot. Claire absolutely can’t be trusted and yet she is always around so the main characters can’t get away from her. It’s a sticky situation for them.

Finally we have the neighbors Harry and Edna. From the start the fact that they say they got scared of nothing and can’t go home was pretty odd. Unfortunately there are no sensible characters here to actually ask them for more details or anything. Instead they just have the neighbors go upstairs. I’m thinking this is some kind of midlife crisis where they feel they are all alone and that’s why they want to stay the night. That would be my best guess at least but even then there are so many better ways to handle this then to just go to the main characters’ homes.

The neighbors also come across as petty since they admit that if the situations were reversed they would have thrown Agnes and Tobias out. So much for these “friends” right? Forget 30+ years, I know people who would let someone crash at their place if they’ve only been friends for a year. Not to mention that these characters are fairly well off and have big houses so it’s not like they’re on top of each other. Certainly fair game to kick the friends out of course or to put a stop to it before it happens but in their position there isn’t much reason to bring this up.

Overall, All of the characters in this film come off as eccentric if you want to put it in a nice way. They’re really all just pretty crazy though. The entire film is really just the characters insulting each other or spinning a 3 minute yarn just to say something that could have been compiled in 2 sentences. The characters speak their mind when it comes to minor stuff but once the going gets tough they all begin talking cryptically or flat out lying to save face for a while. The movie is definitely going for an odd kind of atmosphere intentionally which could work if the script is fantastic but the movie just couldn’t pull it off. The dialogue is as weak as can be and ultimately that hurt the movie quite a lot.