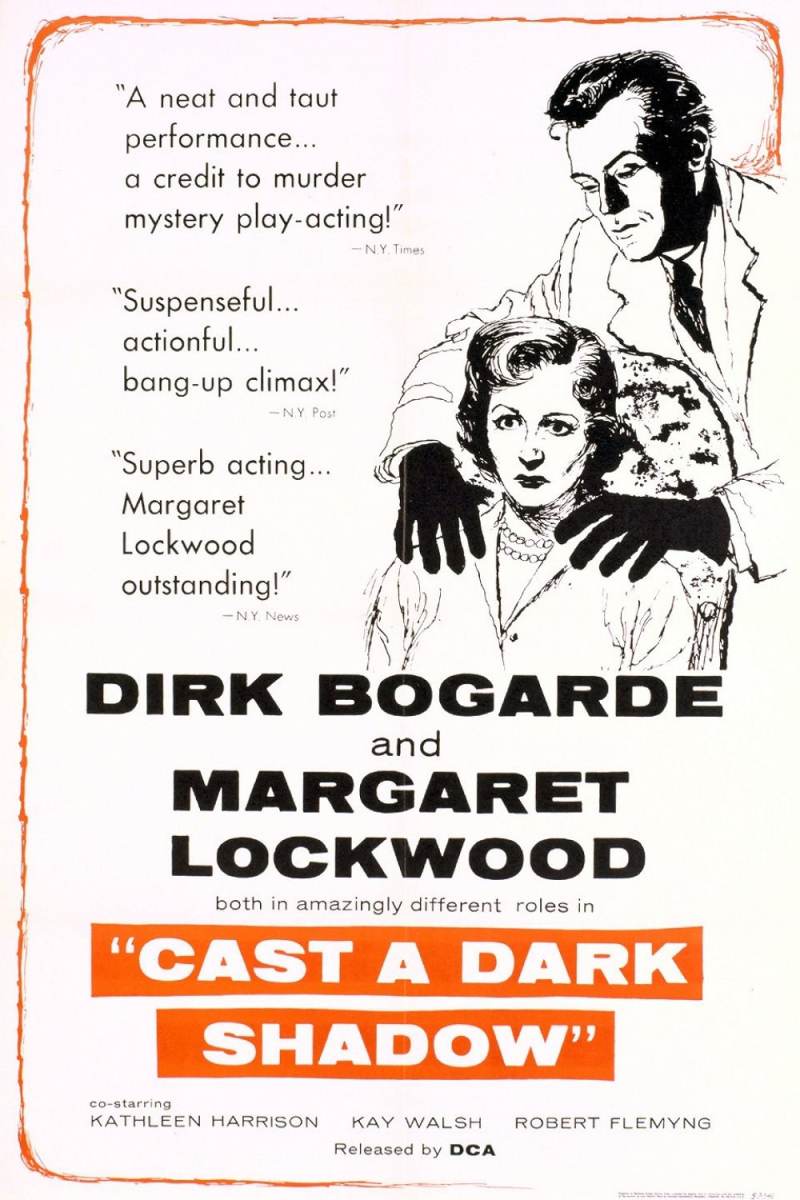 Usually characters making a lot of shaky decisions is thought to be more of a horror trope. Well, this film manages to give that a run for its money since none of the characters are all that smart here. They make a ton of mistakes so by the end there is a lot of tension since you can’t trust them to pull through. It’s always a bit of a twist to have the main villain act as the main character and it works rather well here. The film keeps you guessing.

The movie starts by introducing us to Edward and his much older wife. It’s one of those age gap marriages where Edward did it for the money while Monica doesn’t notice this since she just wanted a companion. Well, Edward had been slowly accelerating her death by constantly feeding her wine but one day she mentions that she will be setting up a will so Edward quickly murders her. He figured that she would be giving all of her money to family when in fact she was going to give it all to him. Edward now realizes that he should have held off on the murder for another day at least but it’s too late. So he quickly goes on a trip and finds the rich Freda and decides to marry her. He’s back to being rich but can he keep the truth from her?

I want to say that the writing is pretty good. While a lot of the characters act rather questionably, I wouldn’t say this is a writing thing but simply that the characters were not meant to be all that smart. It’s not exactly unheard of after all. At best I would say Freda is the character where you have to wonder what she has done to secure herself if anything. But lets take a step back and talk about some of the characters and why I didn’t think they handled things well.

First up is Edward. So of course if he had just waited 1 more day he would have been rich beyond belief. Considering what a final moment this was and how big a deal it was, he definitely could have asked her a little more directly about her intentions. I also dare say he could have read the room a bit more when her attorney was around and how displeased he was. That should have been a big tipoff that she was about to give him a lot of money. It just makes the most amount of sense and yet Edward did not realize this which cost him. He’s certainly not a good character anyway though so you’re glad to see him fail.

Then you have Monica who just didn’t see the writing in the wall here. She didn’t realize that he was after her money and ultimately didn’t last too long. It’s tough when you’re rich since peo0ple may want you for the money so it’s always hard to know when the love was genuine. It’s too bad she couldn’t have found companionship through a club or something instead. Then you have the maid Emmie who you’ll feel bad for. She has done a good job for the family and yet Monica left her with almost nothing. I feel like she should have gotten more. Then you feel bad for her with Edward just tricking her the whole time and not paying her. Definitely another underhanded trick. Emmie gets tricked a lot and is just too trusting for her own good.

Then you have Phillip who is the most sensible member of the cast. He doesn’t trust Edward and has no reservations about saying this to his face either. Phillip puts the guy in his place and does a really good job of it too. He really deserves a lot of credit in this film for always staying one step ahead of Edward and also for not getting intimidated. With this we’re down to the final two main characters who both get sizable roles.

First up is Freda who is the lady who ends up marrying Edward. She talks a really good game about not getting tricked and keeping close watch of her money but to marry Edward so quickly was a rookie mistake. Naturally he was hiding a ton of secrets even if she never could have guessed to this extent. So, she did make sure not to cut a check so I wonder if when marrying they signed something keeping the money separate. Otherwise I was surprised he couldn’t just take her money or sign in his name. It’s fortunate it wasn’t that easy at least. She held her ground but there were so many red flags here after they were married. Yelling at her for going into the old wife’s room is a big one and of course all the threats of violence and such against her. She made sure to always see things in a humorous light but she really got herself into a bad situation. Her final scene nearly made things even more dangerous.

Finally you have Charlotte, a rich lady who showed up recently and is looking to buy a house. Naturally Edward has an interest in her as well. Charlotte’s role here is pretty solid and I do like her plan. Admittedly, it is still an incredibly risky plan. She made a lot of rational points which in theory guarantee her safety but when you’re dealing with a psychotic murderer there is no guarantee that they will act rationally. She was risking an awful lot with her plan so I appreciate the fact that she stuck to her guns but things almost got dicey anyway. Particularly in the final scene as well things almost went sideways.

Cast a Dark Shadow is definitely a film that reminds you to always be cautious around people you don’t truly know. Just because you meet someone for a few minutes and they seem nice doesn’t mean that you should suddenly marry them or go over to their house past midnight when you give a call. People can lie after all and then suddenly their nice story isn’t as pleasant as it appeared to me. A lot of the characters in this film took way too much at face value which is what really let to things being pretty difficult for them. Edward was outsmarting most of the cast for quite a while and the whole time you’re waiting for him to be defeated.

Overall, Cast a Dark Shadow is a very interesting villain. It can be annoying seeing everyone fall into Edward’s traps though. Particularly Freda since I liked her tough personality and how she would stand up to him. Just after all the bravado it would usually lead to her falling into the trap anyway so I wouldn’t say it went perfectly. The lawyer Phillip definitely deserves a lot of credit though because he was definitely crucial to making sure things go well. In general he was just a fun guy too. If you’re up for a solid thriller then this film is good to watch. Have a glass of water with you and take a shot every time a character says or does something that makes you shake your head.