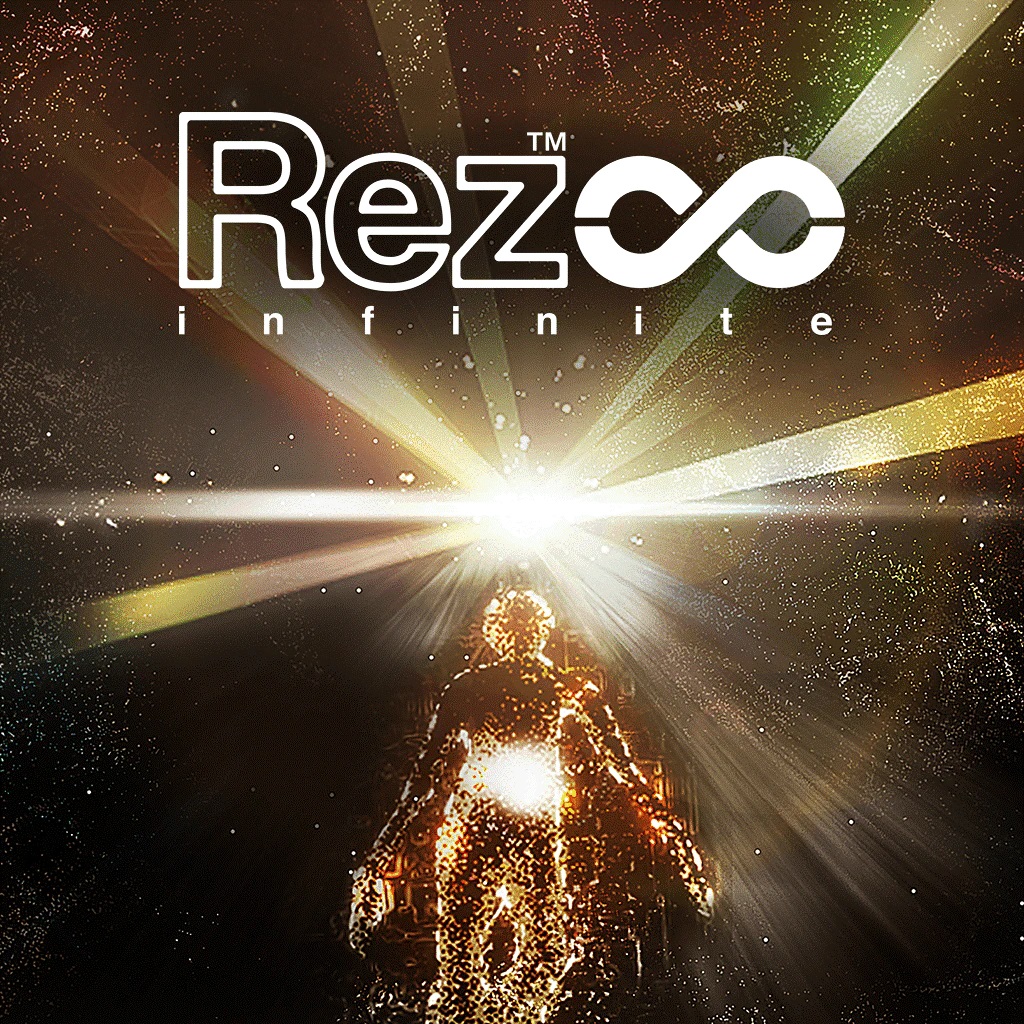 Thanks to the new PS Home promotion where they put up a few games for free I got to play through Rez. It’s a pretty quick game so you should have it done within an hour or two but it’s a fun ride all the way through. It seems like this is really meant for VR and I can see how that would enhance the experience but it’s really solid as a traditional game as well. It will test your reflexes and how well you can adapt to each incoming threat.

The basic plot seems to be that the system of the world has gone haywire so now you have to hack in and save the universe. During the game you will see people asking for help and a lot of crazy things going on in the background. It’s certainly something that will make you take a double look. The final level even seems to be about putting someone back together. I’m sure there’s a lot of fun lore to be found here but really the gameplay is the main thing you are here for along with the fun musical beats.

The goal of the game is to vanquish all of the enemies in front of you without getting hit. The game is a 3D auto runner so you blast the enemies as they appear. If you don’t hit them fast enough then they will deal you some damage and even lower your level. Getting your level lowered is a big deal here since it reduces your attack power and stretches out each level. I highly advise keeping the enemies at bay.

Your method of attack is holding down the X button so that your attacks lock onto the enemies and then you release it. You can’t use an attack without locking on first. That said, the lock on is fast so another thing I would recommend is just pressing the X button as quickly as possible which also works. For bosses you will likely want to charge up to your max of 10 shots though as that does a lot of damage and hits them before they can regenerate their shields. Most of the bosses have pretty intense shields at their disposal after all so you want to make sure you get past all of that.

Meanwhile the graphics look good. I like the whole cybernetic aesthetic the game was going for. It worked pretty well and the whole thing looked high tech from start to finish. The music is also good. I wouldn’t say it is particularly memorable but it is going for a solid cyber feeling that matches with the games style. You also have some beats that play when you hit an enemy so if you launch your attacks quickly enough it’s as if you are building your own song.

For replay value you can try to go back and get a perfect score on each level. You will need to do so in order to get the Platinum Trophy for this game so that definitely does not seem like it will be an easy task. As long as you enjoy the levels though then that’s a nice way to keep bringing yourself back for more. Either way since the game is free temporarily for Home then I wouldn’t say there is any reason to avoid this game. Whether you beat it in an hour or two or play it longer, it’s free so it won’t cost anything. I highly recommend downloading it now while you can.

Overall, Rez is a fun game. It’s got a simple control scheme and then makes the most of it. The gameplay is very smooth and the levels go by in a flash. Usually I’m not thrilled about the no checkpoints option so if you die in part 9/10 of a level then you go back to the start. That said, the levels are still short so you can finish all 10 parts within 10 minutes or less. Given that this is the case, it’s fine not to have any checkpoints. I never died during the game either so I wouldn’t say it’s crazy hard or anything either. It ends up being just right and that’s why it’s an easy game to recommend to anyone. You should have fun with it.