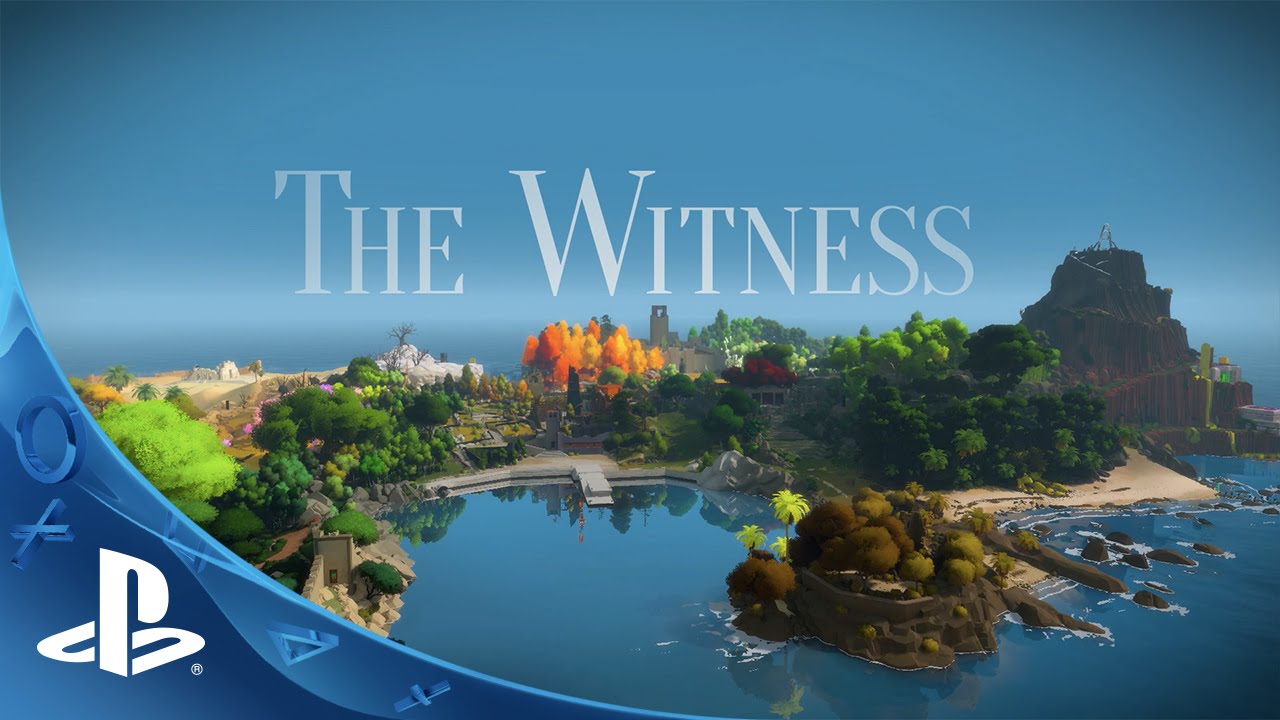 Next up from the PS Home Catalogue is The Witness. This one’s more of a full on puzzle game but also with the potential lore on the back-end. As the title would suggest you are witnessing something but you don’t know what it is. You wander around a large world as you see stone statues of people and a world that seems to have been thrown into disarray. What has happened here and why is everything so empty? You may get emotional while playing the game or you may just be waiting for some action. This is the kind of game where you know deep down that there won’t be any big fight scene but it would work really well because of how ominous the atmosphere is the whole time.

So as mentioned earlier, you start the game off in the middle of nowhere. You wake up in a chamber similar to Breath of the Wild and get to start solving some puzzles. My only gripe with this is that the game never gives you a hint at how to solve the puzzle or even explain what the objective is. You just have to figure it out on the fly which isn’t easy. Since a lot of the puzzles are in sets at least if you solve one puzzle then you will know how to solve the next 5-6. It’s still not a big help when you encounter a new kind of puzzle though. It’s a big quality of life issue that the game missed. If it did have such a feature then I’m confident that the game’s score would have been quite a bit more impressive. Instead as it stands you feel like the game is really lacking something.

I went around and solved a bunch of puzzles but with no visual indicator of how many are left, hints on how to solve the puzzle, or an accessible map outside of the boat; there are too many uncertainties. As I mentioned in a recent game review I like to see my progression. At least something general telling me that I’m making some headway into the tunnel as I try to crawl to the end. If there is no way to see any of that then it feels like you may be going towards something that is endless. What if it’s like No Man’s Sky where there is an infinite number of planets? This game doesn’t seem like it would do that to be honest but I would still like a ballpark number.

That said, with no true start to the game there probably isn’t much of an end either. As a result you can just play this one as long as you want and complete a bunch of puzzles but then call it a day and head home after that. Effectively that’s how it went for this game. It was reasonably fun solving the puzzles and walking around but then it was time to go. I don’t really think I would be going back to this one.

At least I did enjoy this style of puzzle. It reminds me of Professor Layton and while these aren’t quite as polished, those are the kinds of puzzles that I like solving. You just have to go through a lot of trial and error to get to the right spot but once you do, then you are really well set up for what is to come.

As for the graphics, the game looks decent. I wouldn’t say it looks quite as good as many PS1 or PS2 games that I’ve played but it’s not going for a really detailed look. There aren’t many colorful backgrounds or anything and since the place is basically deserted, it’s all rather empty. It’s not quite as visually impressive as the other Home games. I wouldn’t say the graphics are bad though, they’re just decent. There really isn’t a soundtrack though which is a shame. That would have been really good so you could listen to something as you conquer the puzzles. Without knowing the set length it’s hard to say how much replay value there is, but needless to say this should take you a while.

Overall, The Witness is a decent experience but one that won’t last you for very long. It is missing far too many important pieces for me to really call this a truly good game. Nothing that can’t be fixed with a quick update though but in the meanwhile this is definitely a middle tier option. You may sit down with it for an hour or two but it won’t hold your attention. It just needs an extra push and incorporating a story mode would be a nice addition.