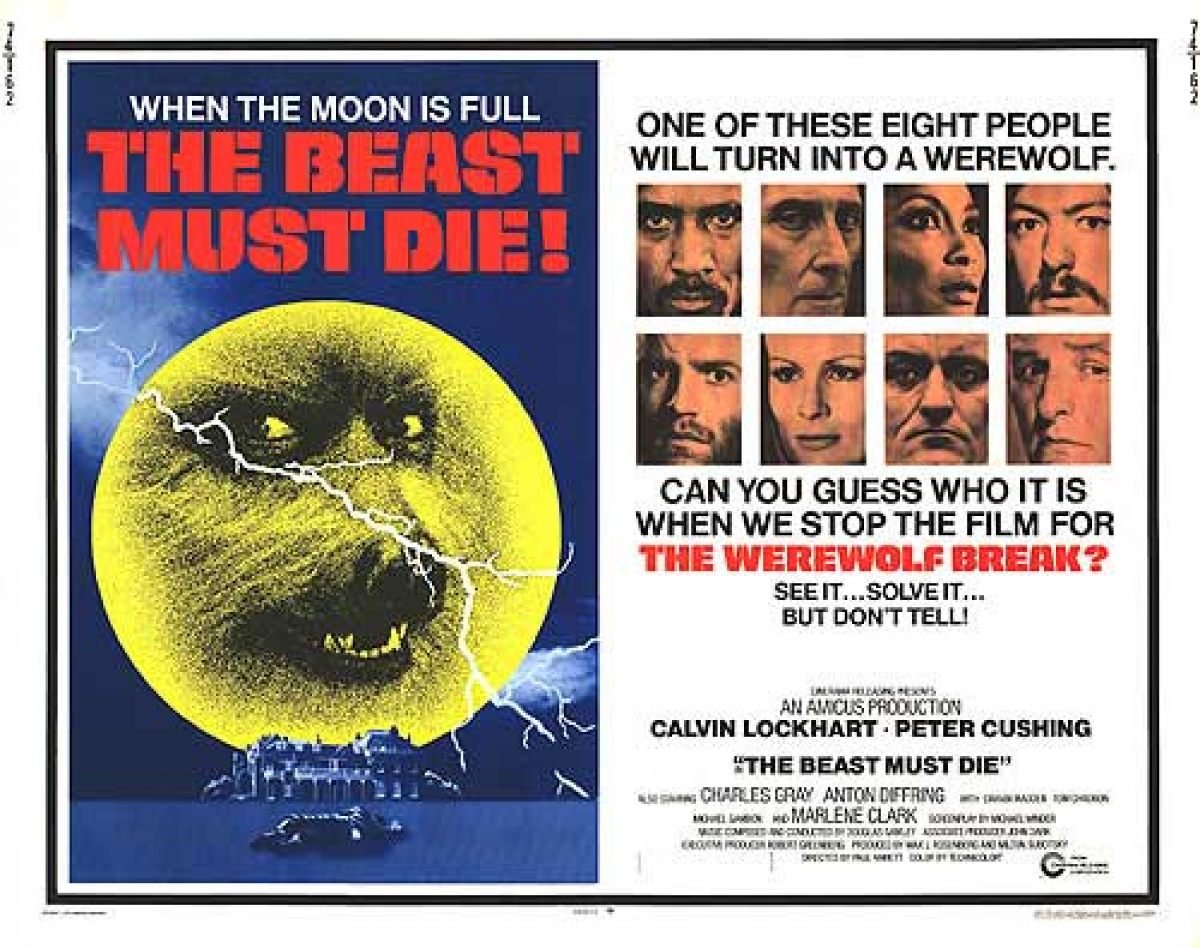 It’s time to look at an old school murder mystery type film. It’s a pretty interesting setup with the host inviting a bunch of people over but one of them has an insidious secret. Things were going fairly well until a dog showed up. The instant he made an appearance I knew things were about to get ugly. Ah well, you win some and you lose some right? Better luck next time and all that.

The film starts with Tom on the run from some guys with guns. They manage to track him a few times but keep letting him go. Eventually he finishes the trial and we find out that the whole point of this exercise was to show how powerful the system’s defenses are. Nobody should be able to escape or run around without at least being detected. Confident that this is true, Tom invites a group of people over to his house. To everyone’s surprise this is not a social gathering though. See, he believes that one of them is actually a Werewolf! Who can it be? Tom doesn’t really care but he intends to destroy whoever it is.

Lets look at the suspects here. First up is Caroline, Tom’s wife. After all, we can’t rule anyone out this early in the game right? He didn’t invite her per say, but she is around. Caroline also makes it clear that she is not very happy with this experiment. She had been hoping for a nice little gathering but this is definitely not going that route and she knows it. Caroline makes for a solid character though. She may not buy into all of this but who would?

We have Professor Lund who is really into werewolves to the point where he may have actually tried being a cannibal. He seems to know everything about them. Then there is Arthur who did some rather shady things in order to attain his position. Paul who just got out of prison for similar crimes, Davina who may have murdered someone to get a house, and Jan who got connections through murderous ways. Now that’s not the greatest summary or these guys as the film goes through all of their shady pasts rather quickly in the opening scene but basically it’s one of those classic cases where all of them have committed some kind of crime in the past. Over half of them seem to have murdered someone while the others have tried out human flesh in the past.

You’re not really going to be rooting for any of these guys but that makes it more difficult determining who the wolf is. As the film goes on you’ll see more and more people getting bumped off so you want to make your choice before the options are too limited. As the film has a temporary intermission to let you pick who you think the culprit is, I would say that’s the time to make your pick. That said if you want to go on hard mode then do so a little earlier while the field is still full of every possible suspect.

I like the idea of trying to figure out who the culprit is. The whole “Who Done It” set up is always a lot of fun. When you have every character already being a villain then that makes everything even more intense. It’s a twist Detective Conan has done a few times as well and it ups the stakes. After all, whoever the Werewolf is also has to watch out in case he or she gets bumped off by one of the others. You can’t exactly trust anyone here although they all still talk very politely and all that.

The writing here is very solid. I liked the script as everyone has a lot of good back and forth dialogue with each other. Nobody wants to drop any hints so they are being very careful how they phrase everything. The film does a good job of really capturing that old school kind of feel. That said, the film does ultimately begin to show some weak points as the movie goes on. In particular there are two things that don’t work here.

The first is that the film introduces a dog. Of course they would right? Unfortunately this was a big mistake. The instant he appeared I had a bad feeling about this and sure enough the film engaged in some animal violence here. Why introduce an animal to die like this? It’s a bad look and an easy way to completely destroy the film’s score. We’re talking close to a 3-4 point swing in a single moment. That was definitely regrettable.

Also, I have a hard time believing that the werewolf did so good against Tom. Either Tom is just awful at being a hunter or the werewolf has more speed than the average beast. Personally it seems like the film picked the first option by accident. There are scenes where the Werewolf is literally right in front of Tom or jumps at him and the guy misses shots from point blank range. In total he misses dozens of shots at the Werewolf which is really pretty sub-par. The guy claims to be a top rate hunter and that’s the best he could do?

He had so many opportunities to take down the Wolf that he can’t blame anyone but himself. He should have absolutely won the match pretty early on into the film. While the Werewolf does go around slicing people, I wouldn’t say the film is overly violent for the most part. Perhaps a few scenes here and there when you see the bodies but for the most part this film is more dialogue heavy so the Werewolf doesn’t get a ton of scenes.

Tom had a sidekick in the control tower during the film to help steer him where to go. Keep in mind that the sensors tell him the weight and size of the creature. Despite this, when the Werewolf escapes Tom and heads over to the guy he isn’t worried. You’d think he would have taken the threat at least a little seriously since he can see from his equipment that it was making a beeline for him. It’s like the guy did not believe that the Werewolf was intelligent despite what his machines were telling him. He definitely wasn’t the smartest guy as he also missed shots at point blank range that made it easier for the Werewolf to get through. That’s how these things go I suppose.

Overall, The Beast Must Die is a film with a lot of potential but it was ultimately squandered. I’ll give the film credit for a pretty intense ending and the great opening setup but that’s about it. Your setup can be perfect but if you fail on the execution that’s probably all that people will remember anyway. The Professor was probably the best character here but it is a little relative since everyone here was as suspicious as possible. It’s a solid angle for the film even if it means you may not like the humans much. If you like a classic murder mystery with a supernatural angle then this film could be up your alley if you can get past the whole dog bit. Otherwise you will want to just take a raincheck on this one.