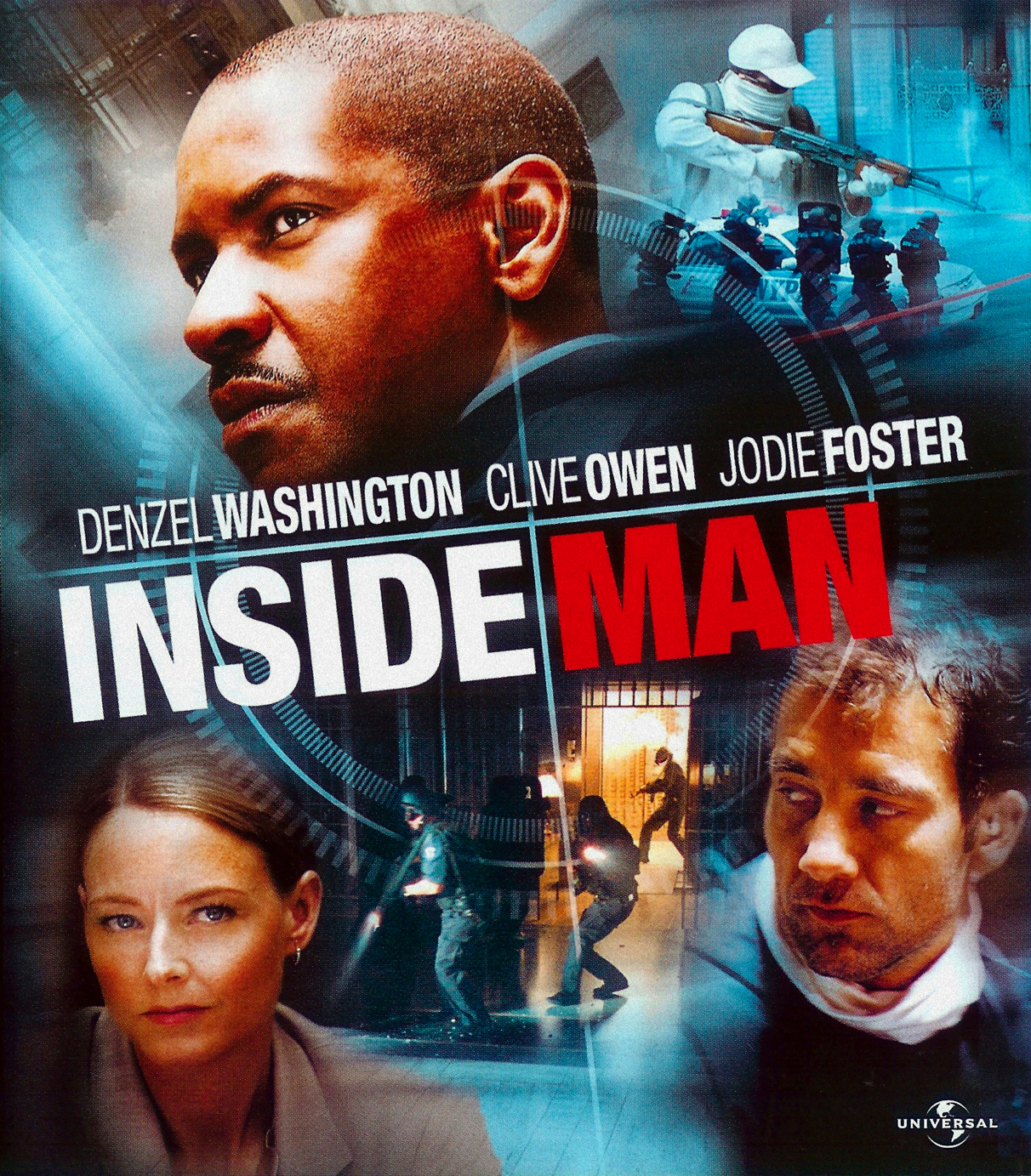 The Inside Man is a classic bank heist kind of film but with it taking place around Wall Street that’s a pretty fun twist. You’ve got everyone trying to make a move so there are a lot of plans and counter plans going on. Effectively this is exactly my kind of film because I like to see how the debates play out as each side tries to take the lead. Most of the film keeps you wrapped up in the suspense so you won’t get to see the answers until near the end.

The movie starts with everything being rather normal at a bank until a few people show up and take the whole place hostage. They do it rather quickly, so quickly in fact that nobody even dies. Clearly these guys are professionals so Detective Keith is called in since the usual guy is on vacation. Keith tries to discuss terms with this guy but Dalton, the leader of the criminals, isn’t talking. He is sticking to his demands and does not want to change his terms. He wants a jet, and a lot of assurances before he does anything. Keith can only do so much on his end but time is not on his side. After all, the hostages currently hang in the balance. Which side will give in first?

And that’s really the tone the movie is going for here. Both players are effectively facing off against each other in a game of poker. They each have an ace or two up their sleeve and a whole lot of bluffs to work with but at the end of the day one of them is going to have to make a move sooner or later. There are also a few other players in the arena though since you can’t have the film go so linearly.

First up, we have the owner of the bank Arthur. He is hiding something important in the bank and is worried that the robbers may end up leaving with it. He is forced to call in the mysterious Madeleine. She is willing to help him out since that’s basically what she does. She doesn’t concern herself with the moral implications of what is going on so long as she is paid. There are some good back and forth conversations with these two characters though as she does also make it clear that if he is hiding anything relevant to her mission then the deal is off. She does need to know a certain amount in order to claim victory here after all. It’s not as if this will be an easy or safe job for her either since she has to deal directly with the bank robbers.

For Keith this is also pretty stressful since it is effectively his first big case. There’s a whole lot riding on this one and he is given a tempting offer from Madeleine involving how this plays out. Can you in good conscience take a bribe like that? The film opens up with an exchange where Keith basically says that if you’re doing your job most of the time and take a bribe at some point, you still did a net good for society so it works out. Foreshadowing or something to subvert? It’s just something extra to think about.

The film always gives you a whole lot to think about in each scene which is part of why the film is so good. There are many different plots and storylines going on here at once and all of the characters are quite solid. It makes for a very engaging film from start to finish and one that does not have any weaknesses. The climax does not disappoint and the actual journey is also a lot of fun. There’s a lot of replay value to be had here just because the writing is so good. It’s properly engaging and all of the characters are pretty reasonable. Even the random hostages all have a good amount of personality between them so you aren’t likely to mix them up at all.

Throughout the movie, we get flash forwards where we see Keith and his partner talking to the hostages and trying to figure out if any of them were in on it. It’s a dangerous tactic because for one thing, it means that we know some details about the case. Clearly the hostages survived and the thieves were not stopped or at least the heroes suspect they weren’t. In some cases it could wreck the suspense like a certain George Clooney film I saw a while back but in this case the execution was good enough where this worked out.

The standout character here would probably be Madeleine. Her confidence is just a lot of fun and I like wild card characters like her who come out of nowhere to shake things up. The villains were also pretty solid. Dalton’s definitely a thinker and has some pretty good plans throughout the movie. He was clearly one step ahead of the other characters the whole time. There are a lot of twists involved of course so I can’t really go into the motivations of the robbers but lets say that Arthur’s secret is indeed a big one.

The film certainly paints him as a pretty bad guy relating to what’s in the box. It’s not the kind of mistake you can really just walk away from. Keeping the proof of this was also a horrible mistake on this part. Even if a part of him wanted to keep this in order to atone for it…it definitely didn’t pay off this time. It’s also hard to really feel if the guy is sincere or not. Personally I assume he probably is not. Even the shady mayor in this film seems to be a lot more trust worthy. Just about everyone is hiding a few skeletons in their closet in this film though so they all fit in rather well together.

Overall, Inside Man is a great film. It really tells a complete story with a lot of compelling elements and characters along the way. The writing is fantastic with all of the various exchanges between the heroes and villains being quite compelling. The movie even throws in a decent amount of humor here and there that works well within the scene like the debate about the trains. As I mentioned, the film has no weaknesses which is a big deal for a mystery like this. It means you can just watch straight through and really have a blast here. Even something like the hold up itself which can usually be rather vanilla was handled really well as we saw exactly how much the robbers had already planned like the scene where they split everyone up. It’s like something out of Liar Game, only the heroes don’t have a genius of their own to counter these guys. The ending to the movie is satisfying so if you like mysteries or heist films I highly recommend checking this one out.

4 thoughts on “Inside Man Review”