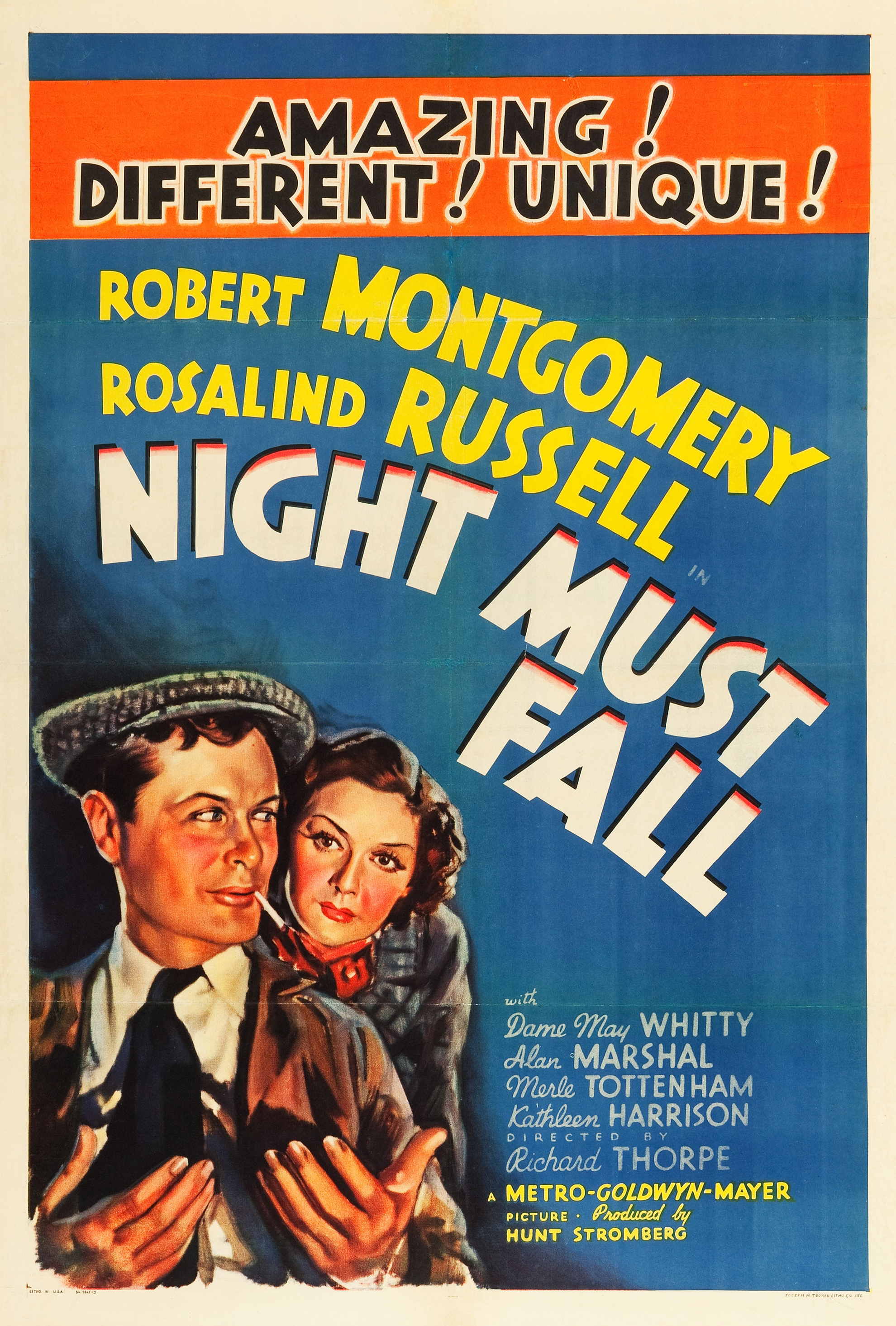 When I saw the remake of this film I remember thinking that the whole thing was definitely quite bad. Still, the original ought to be a little better right since it usually gets a bump for having better writing? Well, that wasn’t quite the case here or at least it wasn’t enough to make a tangible difference. It’s the story itself that’s pretty bad so I suppose there is no saving that.

The movie starts with Mrs. Bramson getting ready to fire her maid Dora. Dora has been getting a little sloppy around the house but pleads for mercy as she tells Mrs. Bramson that she wants to marry a guy called Danny. Bramson meets him and is quickly won over so she hires him as a servant. Danny quickly begins to take over the house though as he and Bramson get quite close. Bramson’s nice Olivia isn’t thrilled about this as she’s pushed further and further out of the picture. The true threat here may be more serious than that though. Olivia suspects that Danny may have murdered a girl who went missing recently.

The characters all make a lot of really questionable decisions throughout the film in order to help Danny get ahead. For starters, Mrs. Bramson falls for his tricks way too quickly. Within minutes he’s got her completely suckered. Based on how tough she was talking at first you would think she would have done better than that right? She is harsh with everyone else but can’t bring herself to stand up to Danny. What’s worse is the fact that by the end she is panicking just for being alone which causes her to lower her guard immediately to the point where she nearly dies of a heart attack.

Dora is another pretty bad character. Danny manages to trick her with ease by continuing to promise that he will marry her but not doing anything about it. You’d think that Dora would pick up on the context clues and several characters even try to put her on the right track but she won’t hear of it. Considering that she’s the main reason why he got the job that makes her a little responsible for everything going on too.

We mustn’t forget Olivia either who is practically an accomplice by the end. She really thinks Danny committed the murder and as the film goes on this becomes plainer and plainer. Surely she will tip off the authorities or get out of there right? Instead she actively disrupts the investigation such as when she took the bag away that probably had the victim’s head in it. Why do that? There’s no good reason for it except that she wanted to help Danny.

Her character is certainly an odd one throughout. At times she tries to talk tough about how she will never like Danny but then she caves rather quickly. She doubts herself a lot and always ends up running back to the mansion. Each time she won’t actually tell Bramson anything. Olivia quickly ended up becoming the worst character in the series. She just wouldn’t stop putting everyone in danger. Her long speech about how the first lady may have been murdered was also rather disturbing. There was something a little off about her all the way through.

Then you have Justin who seems like a nice enough guy but he’ll certainly have a tough time of things with Olivia. Hopefully she should be okay now that the main adventure is over though. Finally we have the main villain Danny who’s just awful the whole way through. He certainly talks fast but I wouldn’t even call him a smooth talker. The guy makes a ton of rookie mistakes. He leaves out details with the cops that they quickly track down later on. He keeps incriminating evidence with him at all times and makes other mistakes like that.

He’s really quite lucky that he hasn’t been caught yet despite how tough he talks the whole time. Danny randomly fainting in the middle of the room was also a scene that showed he wasn’t quite ready for this level of excitement. If not for Olivia constantly covering for him the guy would have been in some pretty steep trouble.

I should mention he’s also not very pleasant to the cat like in one scene where he basically throws her. I wouldn’t even say the writing is all that good here because everything is so convenient in order for Danny to have a chance. Why are all of the characters living in this house so insane? His plan revolves around so many things to work out just perfectly that you really can’t believe it when it all lines up.

The film also drags on as a result. A whole lot of the scenes are just him complimenting Bramson over and over again as she falls for each comment. If you’ve seen one of their scenes then you’ve seen them all. Since Olivia’s not even remotely a good character it’s not like her scenes help to balance things out either. Of course after that you have the maids but they tend to vanish for large parts of the film so you even forget they are there. Dora also looks pretty bad since she also falls for his tricks.

Overall, Night Must Fall is a fairly annoying movie filled with bad characters. The main plot is just so preposterous as each character falls for Danny which lets him continue with his plans. The only good character would be the police officer and even he didn’t exactly do anything big until the end. A film like this will usually live or die on the intrigue of seeing how the heroes manage to solve the clues and figure out that Danny is the crook. The issue is that this never gets started since Olivia finds out very quickly and still chooses to do nothing. When that’s the case…it’s like the film gave up. Danny was even able to psycho analyze Olivia a few times which didn’t help her case.

2 thoughts on “Night Must Fall Review”