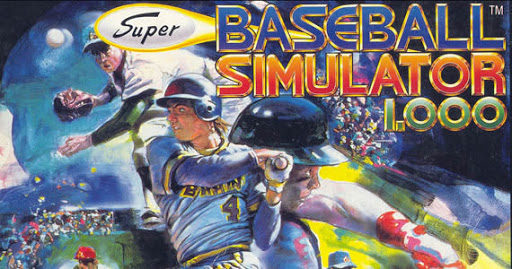 I’ve played quite a few Baseball games in my day but the Simulator title looked like it would bring a bit of a different experience. When these games show up for free through the Nintendo Switch Online service I know that I have to try them all. Well, this one certainly lived up to the hype as I expected it to. Baseball titles still really aren’t my thing as it almost feels too luck based with the gameplay. After all, after you hit the ball who knows where it will go? It’s different from Football or Basketball where you really know where it is going to go.

What makes this one a little more interesting is we do have some fun SNES music going on the whole time. It helps give the game a lot of extra energy. To date the best baseball game is Mario Sluggers for Gamecube. That one was fantastic. This one doesn’t get quite that detailed but you do feel like you have a chance when you’re swinging the bat around. I decided I would play this one until I at least managed to score.

In the first game I walked away with 0 runs which was rough. My batters just couldn’t manage to hit the ball and the other team was scoring every few seconds. Well, I eventually adapted and by the third game I hit a Home Run. In fact, I hit 2 more in that game but ultimately I still lost 11-3. Still, it felt like I had made some real progress so that was really cool.

My gameplay tip would definitely be to not try and go for bunts. 99% of the time it will fail and on the other 1% it’s not like you’re getting more than one base. It’s better to swing for the stars. The tough part is that the fast balls are almost impossible to react to. You just need to swing as soon as he pitches but if it’s a change up or a slow pitch then you’re not going to fare so well. It definitely makes for a tough dynamic but that’s how it’s got to be.

When it comes to fielding the ball, it can also be tough to catch without finding yourself in the wrong spot. It took me a bit of getting used to but with the way the other team kept on hitting the ball I certainly had enough opportunities to get good there. Pitching is pretty straight forward but it’s hard to make it so the CPU doesn’t just hit the ball out of there. They don’t bite on any ball that’s too far out and they would hit even if I used a curve ball or a fast one. Far as I’m concerned you need to get great at batting because otherwise you’re just going to get out scored.

The graphics look pretty good here. I wouldn’t say they are completely out of this world or anything crazy but the game looks good while you’re playing it. Between that and the smooth gameplay that’s why I would say this title was fairly decent. It’s the kind of game that is a lot more fun when playing with someone else as opposed to a computer. It’s tempting to boost the score up a bit more but I’d say in the middle is fair.

Overall, I wouldn’t say there is a ton of replay value here but there’s definitely enough content to keep you busy all the way through. If you like Baseball gameplay a lot then you’ll like this game. I’d even say the mechanics are better than some of the big budget ones. Considering that the game is free you definitely can’t go wrong.