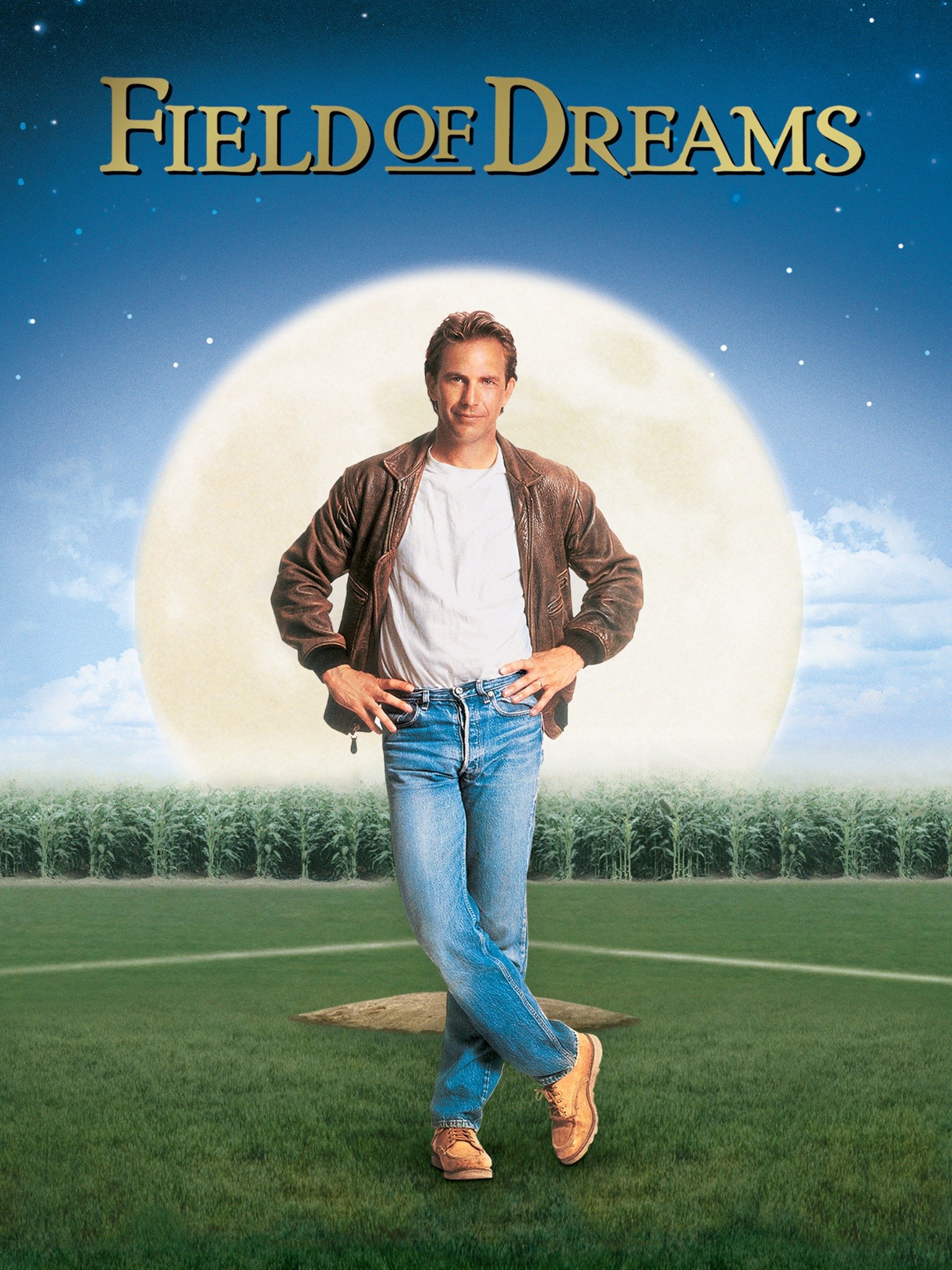 Time for a Baseball experience. There is a little less actual Baseball playing than you would expect though as it’s more focused on the drama. It’s a fun enough film to be sure and we have an emotional character arc for the lead. That said, I do think it would have amplified the experience if we had gotten an opposing team to fight or something though. Think Space Jam but the supernatural version.

So the movie starts with Ray feeling a little down because he just isn’t really sure what he has done with his life. His biggest fear is not getting to do anything super important or memorable before he dies. He has some issues with his father due to this when he was a kid because he thought that it had happened to him. One day, Ray hears a message saying to build it and he will come. His wife Annie pokes fun at the fact that the voice did not add any real details to that message so it’s hard to say what the mission even is.

Fortunately Ray continues to get more messages and visions. It turns out that he needs to build a Baseball stadium. That way Shoeless Joe Jackson and the rest of the team members who threw the World Series would finally be able to play again since they were banned for life and died a while back. Ray believes Joe didn’t actually participate in throwing the series despite taking the money since the guy played effectively a flawless game. I suppose it’s one of those things they’ll never know for sure but either way that was a long time ago and the whole team just wants to play ball.

Still, the visions haven’t ended. There is still more that Ray evidently needs to do. The only question is…what? This journey will take Ray many places such as visiting the jaded writer known as Terrence and even talking to a baseball player who became a doctor. That’s not even the biggest challenges he will face though. As Ray is traveling around the world and having a good ole time, his wife Annie is having to deal with the fact that their finances are running dry. The Baseball arena is certainly eating up a large chunk of income after all and the creditors are here to take the main characters down for good.

Field of Dreams is certainly a calming film as it’s really about Ray finally getting to make a difference in the world. He has a good time visiting the various players and trying to figure out what the messages are all about. It’s also good that things did work out because otherwise the characters were starting to get into a sticky situation. For example, even right up to the end of the film he didn’t really have any concrete plans on how to earn money. If not for his daughter stepping in, they were all about to get wrecked by the creditors.

Ray’s determined which is good but I would have liked him more if he had a concrete plan to deal with things. Meanwhile Annie was the one really holding down the fort the whole time. Without her stepping in and resisting the sell offers Ray would have been coming home to a rather empty place. It was also nice to see Annie taking up a position at the town hall meeting and going back and forth with the main speaker there. She was a protester along with Ray in the quick flashbacks we saw after all so this isn’t her first rodeo.

We don’t see a lot of the past but there’s just enough to introduce us to Ray since his feud with his father is a bit of a main plot point. From what we saw the issue was really entirely with Ray as he entered a rebellious phase due to the books he was reading by Terrence. It was a bad look for him to be sure but at least he got better as he grew up. It’s hard to hold his actions from many years prior to the film against him in the present but perhaps that’s part of why he never got all that good. He was even short with his daughter when she was trying to let him know that the first of the ghosts had shown up.

Then we have Mark who is one of the main villains here. While he acts concerned for Ray and Annie it doesn’t change the fact that he showed up to try and get rid of their home. No matter how you slice it he wasn’t exactly doing everything he could to help them out. From his perspective they did seem to be rather crazy of course but there are still better ways to handle that.

Finally you’ve got Terrence who makes for a fun character. His opening scenes of trying to terrorize Ray are quite intense. The guy clearly doesn’t want to be back in the spotlight after all and that’s fair. I think being famous can definitely take its toll on you if people are constantly asking you for autographs and such. Terrence has a good role here though and ends up having a fun dynamic with Ray.

As for the Baseball players, while they were all fun enough, you wish they would have done something to help Ray out. It’s an issue I sometimes have with these supernatural guys. All they want is to have a good time which is fair but they absolutely have to notice the struggled the main characters are having right? Can’t they at least offer up some advice or help out? By the end they start mind controlling the nearby townsfolk and even people across the country to give Ray money but for a while they were just ignoring his plight. Things could have easily gone sideways.

The best player was definitely the doctor. He was an emotional character and didn’t come in until near the end but I thought his plot was the most interesting. He’s effectively given the chance to change his past but decides that he’ll take the life he already has which I liked. The grass is always greener after all and he knows how many people he has helped as a doctor. If he had kept playing baseball then of course that would be different.

Overall, Field of Dreams is a pretty fun film. You do feel like the Baseball players could have helped out a little more though. They basically made Ray do everything and then looked the other way until the climax of the film. One way to give them more agency here would have definitely been to have introduced a team for them to fight. Maybe the winners get a lot of money or something. It would have the players have to face their temptations if the other team offers them money for throwing the game or something like that. The climax we do get is suitably emotional though and does tie in with the overall themes. It’s good that Ray effectively got to make up for some of the mistakes he made early on. If you want to watch a fun drama film then check this one out. As long as you know ahead of time that this isn’t really a sports film and is more about dealing with the past and following your dreams then you’re sure to enjoy it. Some parts are a bit cheesy like a certain antagonist losing the will to fight but sometimes that’s just the way it goes.

2 thoughts on “Field of Dreams Review”