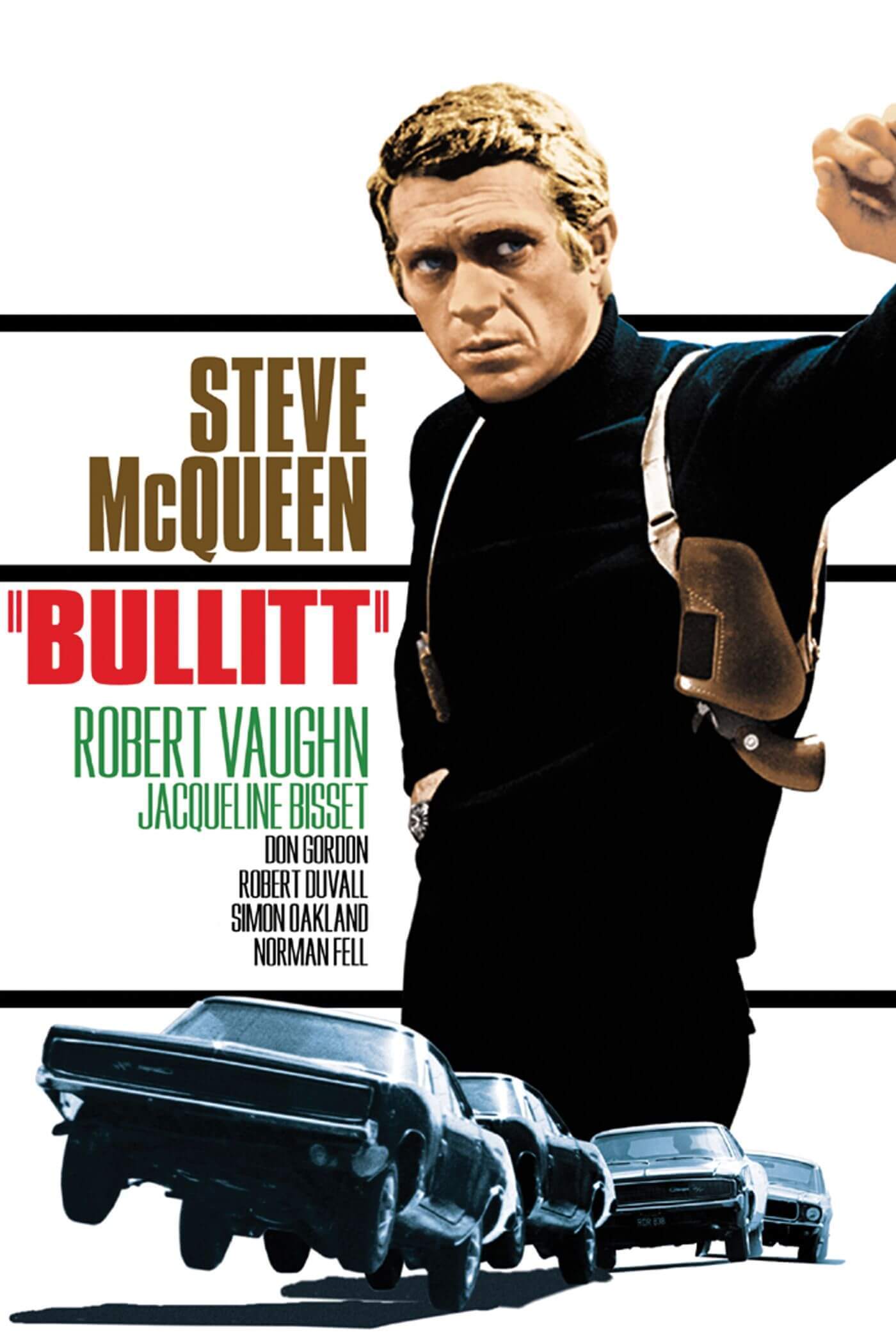 Bullitt is definitely a true noir film to its core but with a more modern aesthetic than the older ones. It’s a pretty good title with a lot going on at all times. It’s a bit on the longer side to be sure so that lets the movie really have a lot of characters the whole time. As I’ll mention below Frank doesn’t have to be a one man army this time as he actually has some good help.

The film starts on a really high energy note during the credits. We see the burglars taking a lot of guys out with hit and run tactics or just classic gunfire. It’s a pretty interesting start since we don’t yet know what’s going on but what better way to start a film like this right? The answers are all given slowly during the movie.

Frank is the main character here. He’s a detective who has been assigned to protect Ross, a mobster who is going to be a crucial witness against a big criminal organization. Frank is fairly confident that they can handle this so he and his two partners take shifts on who will protect the guy. Unfortunately his partner is not that smart and lets Ross get near the door. Not a great idea when you’re watching over someone and things are already getting suspicious…..Naturally both the partner and Ross get shot.

Well, now everybody’s in a whole lot of trouble. Chalmers, one of the higher ups is blaming Frank for this. Frank meanwhile thinks something is really fishy about the whole set up so he hides Ross’s body so nobody will know that he actually died from his injuries. In theory this will lead the hitmen out into the open. Of course this will put Frank at odds with both the cops as well as the villains.

It’s a classic revenge story here as Frank has gone off the reservation in order to get back at the guys who did this. Frank makes for a pretty good lead. He’s certainly not afraid to talk tough to anyone else, including his superiors. Even the plan to get the body tucked away was a risky one that not just any character would pull off. I wouldn’t say Frank is a spectacular character or anything but he does handle the situation well.

Then you have Chalmers who is one of the other main characters. He’s the guy who really wanted Ross for the court case and is the one who made the deal with the guy in the first place. Naturally he’s on Frank’s tail the whole film because he needs the body. The reason Frank doesn’t want to play ball is because this guy seems rather suspicious. His name was used for the burglers to break in and bump Ross off plus the guy seems really desperate to get Ross.

It doesn’t help that Chalmers is also a jerk the whole time such as a scene when he tries to effectively get one of the doctors fired by complaining about him for no other reason than he wanted the guy to give him a different answer. These elements add up to make him someone you don’t really want to partner with. He does make for a fun character because of how exaggerated he is the whole time though.

You’ve also got Frank’s direct boss who was very good. The guy was put in a rather tough spot with all the pressure coming down on him but he still held strong. The captain does have to make certain decisions as part of his job that don’t always align with Frank’s plans but he never turns tail and runs or anything like that. Frank also has another good partner who had a good interrogation at the cafe where he actually outdid Frank as the main guy was a little too much in a hurry. It was nice to see that Frank had some capable allies here.

There is a bit of an extended car chase we get midway through the film but it wasn’t as exciting as some of other classic chases you get in these films. I think part of the issue was the cars they were using couldn’t get up to great speeds so it’s a little less frantic. It’s probably the only scene that I would say dragged a bit here. Always fun to have an action scene though so that was neat.

As this is more a film about cat and mouse games, there aren’t a ton of action scenes. You affectively get 3, the opening shootout, the car chase, and then the climax. Each action scene is pretty solid though so it works out. The story is engaging too so you never really miss the action. After all in a mystery like this you’re most interested in figuring out who the villain really is.

The climax was a lot of fun though. We don’t get a whole lot of action scenes at the airport so it made for a good backdrop. The film even uses the overall layout of the airport to its advantage as it plays a role in dealing with the villain. All of the plots meet up in this section as the climax should.

The only plot here that felt like it didn’t really belong was some mild tension with Frank’s girlfriend Cathy. The case was dragging so she believes it’s taken a big toll on Frank and on them too. Now that’s not necessarily incorrect but considering the high stakes going on right now and multiple people dead as it is, it’s not like Frank can back out now. She also only appeared for maybe 2-3 scenes top in the whole film so it was easy to forget that she was even around.

Overall, Bullitt is a pretty good movie. It’s got a solid plot/premise and good execution all around. The soundtrack has some pretty good tunes thrown into the mix as well like the opening credits theme. If you’re looking for a pretty solid thriller to check out then this will definitely work out pretty well. It’s a strongly written film that doesn’t really have any weaknesses.