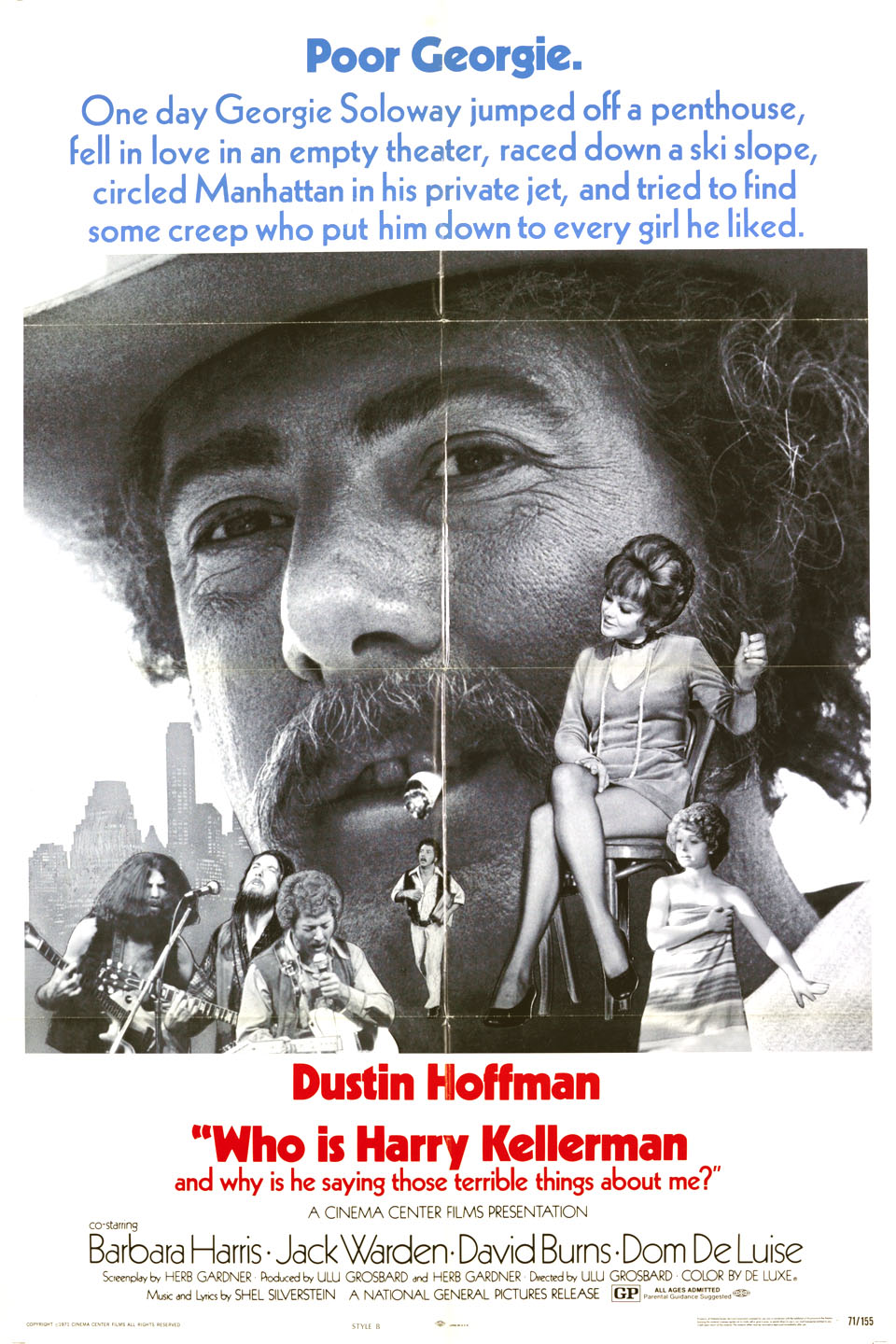 This film is certainly trippy that’s for sure but unfortunately it’s not in a good way. Sure, some scenes can be really good to be sure, but on the whole the film feels pointless a lot of the time and the ending doesn’t exactly help matters either. From start to finish you’re wondering if the film is leading up to something. Some kind of big twist that will change the way you look at the whole picture but it just never comes.

The movie starts out with Georgie jumping off a building but instead of exploding on the ground he wakes up at his therapist’s office. It turns out that it was just another delusion of his. Georgie has a tendency to imagine his own death quite a lot so you’ll see other kinds of scenes like that as the film goes on. He also has a wild imagination as he pictures the therapist breaking into song at one point as he tells Georgie to stop bothering him with his problems.

Georgie’s main issue is that he has completely lost his grip on reality prior to the film even beginning. Due to that, you really can’t trust him at all. Part of the main plot which you can guess from the title is that someone named Harry keeps telling everyone that Georgie’s a really bad guy. Most of them are even believing the guy which isn’t hard since Georgie hasn’t done well for himself.

He cheated on his first wife and was quick to have more affairs later on so you can’t trust him. He stole a magazine from a street vendor for no real reason and his best friend seems to have absolutely 0 morals. So right now Georgie isn’t exactly batting 1000, in fact you could say he is striking out repeatedly. So his reputation isn’t already all that good but why would it be when he calls his accountant to read him the books at 4:30AM and calls his friend at 3:30?

At least some of Georgie’s fantasies are pretty fun. The crazier they are the more it works. Towards the end of the film we get a serious revelation and then another intense scene that seems like it could be a dream. Due to what we have seen earlier you can make a lot of theories here. Did the dream start in the final cutaway or was the earlier bit part of the dream as well? See, personally I think it was a dream for the entirety of the climax. It fits in with his other self destructive dreams but with this guy you just never know. For all we know the whole film is something he’s imagining while falling off of the building from the opening scene.

Now, a film about constant delusions could be fun if handled right but this one isn’t quite going the distance there. The film likes to jump from the present to the past a lot and while Georgie is a little more sane there, he still doesn’t seem totally rational. Just look at his conversation with his wife when they both admit that they’ve been cheating on the other. The whole conversation is incredibly stilted and you’re just wondering what you’re watching.

In general the writing just isn’t good. The Psychiatrist is the only character who has a lot of good lines and continues to make his presence known. The scene of him bursting into song has to be the best moment of the film without a doubt. Beyond that the dialogue just won’t really capture your interest, especially when you factor in how the characters that are talking just aren’t likable. You’ve got the rebound characters for Georgie, his friend who basically dates everyone, and Harry but that guy never even appears. Part of the mystery is about finding out who Harry is but I think you’ll have that one solved by about halfway in.

Somewhere in this movie is probably a cool concept but it’s just buried far too deep underneath everything else for it to shine through. There’s one easy way to fix the film and that’s to make Georgie a likable character. That’s really it, if you do that then the whole film will end up being quite good or at the very least it improves in every area.

Think about it, the reason why we aren’t invested is because there’s no reason to really like Georgie. He’s an immoral cheat who doesn’t regret anything. Now, if he was a nice guy whose life was being wrecked by someone trying to tarnish his reputation, then I think we would have something here. It’s more of a relatable issue and one where you can feel how serious it is because a lot of times people will believe what they hear without even trying to hear your side of the story. So that would up the stakes of trying to find Harry.

Here, you don’t quite feel that. Additionally, it may be a big part of the plot but when does Georgie even try to find the guy? The problem is he really has no leads so almost 100% of the film he isn’t even trying to find the guy. He talks tough about wanting to get him but it’s all tough talk and bluster. None of it feels all that real which is an issue. There is no sense of urgency because Georgie isn’t urgent. He’s too busy thinking about having more one night stands than thinking about the mystery.

Overall, While the intent of the film is to be aimless as we sift through Georgie’s delusions, the movie doesn’t capitalize on this. To pull off such a plot the execution has to be flawless and I wouldn’t say this one nailed any of the core concepts. The characters were pretty bad, the story was shaky, and there isn’t really any concrete area that I can point to and say that the film did well. At best, I would give the film some props for the dream sequences. Those were good like the Skiing, falling off a building (twice when you consider the moment with the other heroine) and the sing along, but that’s about it. It can’t save the movie when the main story is this bad. Maybe it should have just made the whole film a dream, now that could have been a lot more interesting as the world keeps on forming different parts of his consciousness so we have to figure out what is going on in the real world. Maybe next time.

2 thoughts on “Who Is Harry Kellerman and Why Is He Saying Those Terrible Things About Me? Review”