This review is of the TV-14 edited version. All thoughts below should be addressed as such as a review of the unedited version would be more negative. 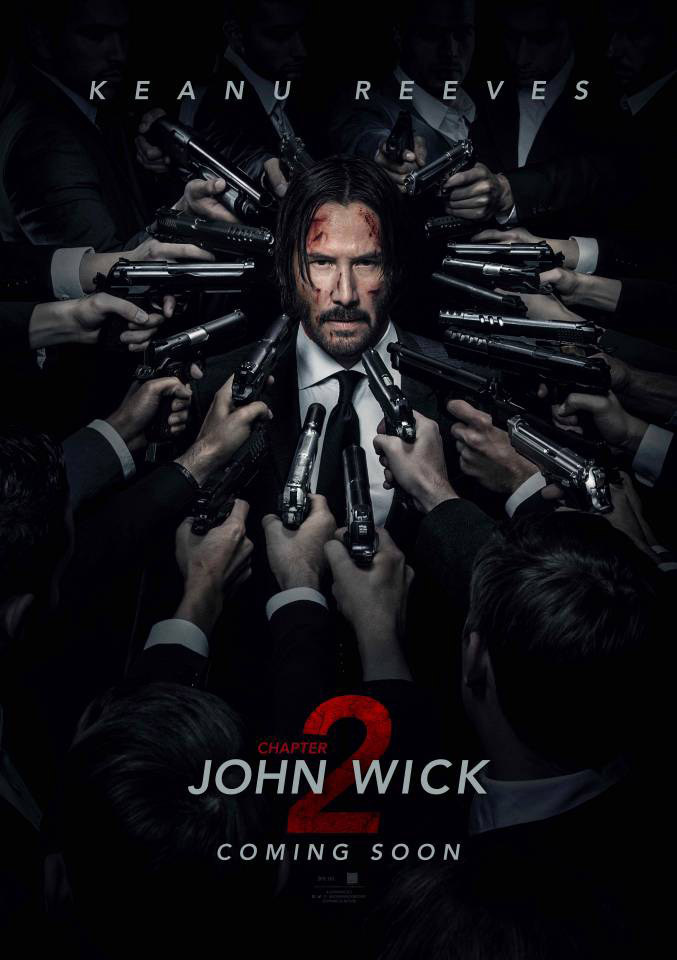 Time for the big return of John Wick. It’s been quite a while since I saw the first film. Naturally that one ended up losing pretty badly in the score department since the very concept of the film revolves around a dog death which is no good. You can’t succeed that way. This film doesn’t go in that direction so it ends up being quite a bit better. It still likes to go super extreme in what’s going on but I can safely say that it wins in just about every way.

The movie picks up with Wick murdering the last guys in his way and getting his car back. Now he can officially retire once and for all. Unfortunately it looks like this won’t be so easy. His old ally Santino shows up along with the pact that they made a long time ago. Effectively this means that Wick has to help the guy accomplish one task. If Wick tries to flee or murder Santino this would cause him to be a wanted man by the hotel and would trigger a bounty on his head from around the world. Thus Wick has to accept the task which is to murder Santino’s sister. Santino may be safe now but as soon as the contract is complete, Wick is free to do as he pleases.

The franchise differentiated itself from the start with its solid world building. First of all, I like how the hotel has its rules in place. You can use it as a sanctuary for as long as you like and there is to be no violence there. It’s a true safehouse. Then there are the pacts which cannot be broken or you will be murdered as well. Effectively the world of hitmen actually has some sense and reason here which is nice. Even the villains do well to remember that.

John may not be as personally invested as he was in the first film, however he’s just as intense as ever. The guy takes down dozens and dozens of opponents throughout the film. He is usually known for having the highest body count among the shooters and it shows. He really doesn’t take prisoners and always makes sure his opponent is truly down for the count. He’s a no nonsense main character and his reputation precedes him.

It’s fair to say that he’s just a great main character. Part of the fun with him is the fact that we don’t know a whole lot about his past. I’m actually hoping the films don’t change that later on because the mystery is part of the appeal. He knows everyone and clearly he used to complete a lot of missions on the regular. We don’t need to see those days because it keeps the illusion of him being an invincible shooting machine.

Now he does get injured during the film of course but he always gets back up. With the sheer volume of people he is taking out left and right, he may as well be invincible. The guy is pretty much living out a real life Call of Duty campaign. The film does a great job with showing how he plans things out during the fights as well. Wick is proficient at close quarters hand to hand combat, using a knife, and of course is an expert with a gun. He uses all of those skills depending on the circumstances.

Santiago is the main villain here but he’s never a threat in a fight. The guy’s only chance at winning is that he has a ton of armed minions at the ready. 1 on 1 the series has yet to produce anyone who can take on Wick. The closest is Cassian who has 2 very close battles with Wick. Keep in mind that in both cases John was already weakened but the guy’s talent was still better than most if not all of the other fighters here.

Ares was also a tough fighter. She’s a silent assassin who gives Wick a good fight. You never think she is quite in the same league as Cassian but her skills are real and she was a loyal retainer. Definitely a good bodyguard to have at the ready for all circumstances. There are a ton of other assassins but those two definitely had the biggest role. Beyond that the others exist to get utterly crushed by Wick’s skills.

The soundtrack is pretty solid as well. This is one area where the first film has the edge though as it played some really intense themes particularly when Wick first came out of retirement. This one still has a solid array of action tunes though so anytime there is a gunfight you can expect to hear a lot of good tracks. The action never lets up so even though the film is fairly long you won’t get bored.

The writing is really on point with a lot of solid lines between all of the characters. It’s part of why the cast works so well since a lot of thought went into this picture. The ending also directly leads into film 3 and ends on a rather intense note. It’ll be difficult for any of the other installments to beat this one’s ending since it was really perfect. This is the right way to build up the suspense.

While there is no animal violence, the film definitely does still go all out the whole time. Pretty much every villain is shot in the head and you see all the details to add to the realism. These fights feel like real battles that’s for sure and so there is a ton of blood at all times. It’s less stylized than other titles to really show the impact of the hits. Then you have Wick’s pencil kills which were foreshadowed early in the film so you knew they would show up at some point. It may be the most brutal kill although the film has a lot of those so it’s hard to say. One guy gets slashed in the worst area possible so I was shocked that he was still able to fight before Wick just shot him.

It’s not quite Resident Evil/Underworld levels of violence but it is definitely rather graphic and also nonstop. He probably murders 100 guys by the end of the film and each one just ends up getting shot through. One death that wasn’t through a shot but was still rather violent was a lady who bleeds out in the pool. There’s some context to this one which I won’t say for spoilers but it was the weakest scene in the film. Certainly a unique way to go out, there’s no question on that. But a normal shot or something would have definitely worked a lot better.

I have to say, considering Wick’s reputation I’m surprised that so many random guys want to try and take him out. You’d think that these hitmen would value their lives more and just stay out of his way. Is 7 million really worth throwing your life away? Most of these guys should know that they’re absolutely outmatched and outgunned from the start. They should have just stayed at the hotel if anything. Honestly, if you’ve made enough money to retire that is the safest place in the city. Just stay there forever and enjoy the food while you can. It’s the perfect plan.

Overall, John Wick 2 is a solid improvement from the first title. The action scenes are on point and I like some of the design choices like showing the subtitles in colorful words when the characters talk in Russian or other times in Sign language. The visuals are really solid both in the fights and even just when exploring the city. The opening drive from before the credits was a good example of this. The story is solid and the whole setting is just build up really well. If you could tone down/stylize the violence a bit more this one would even be able to join the great leagues. If you’re up for a ton of nonstop action then this is definitely a title you’ll want to check out.