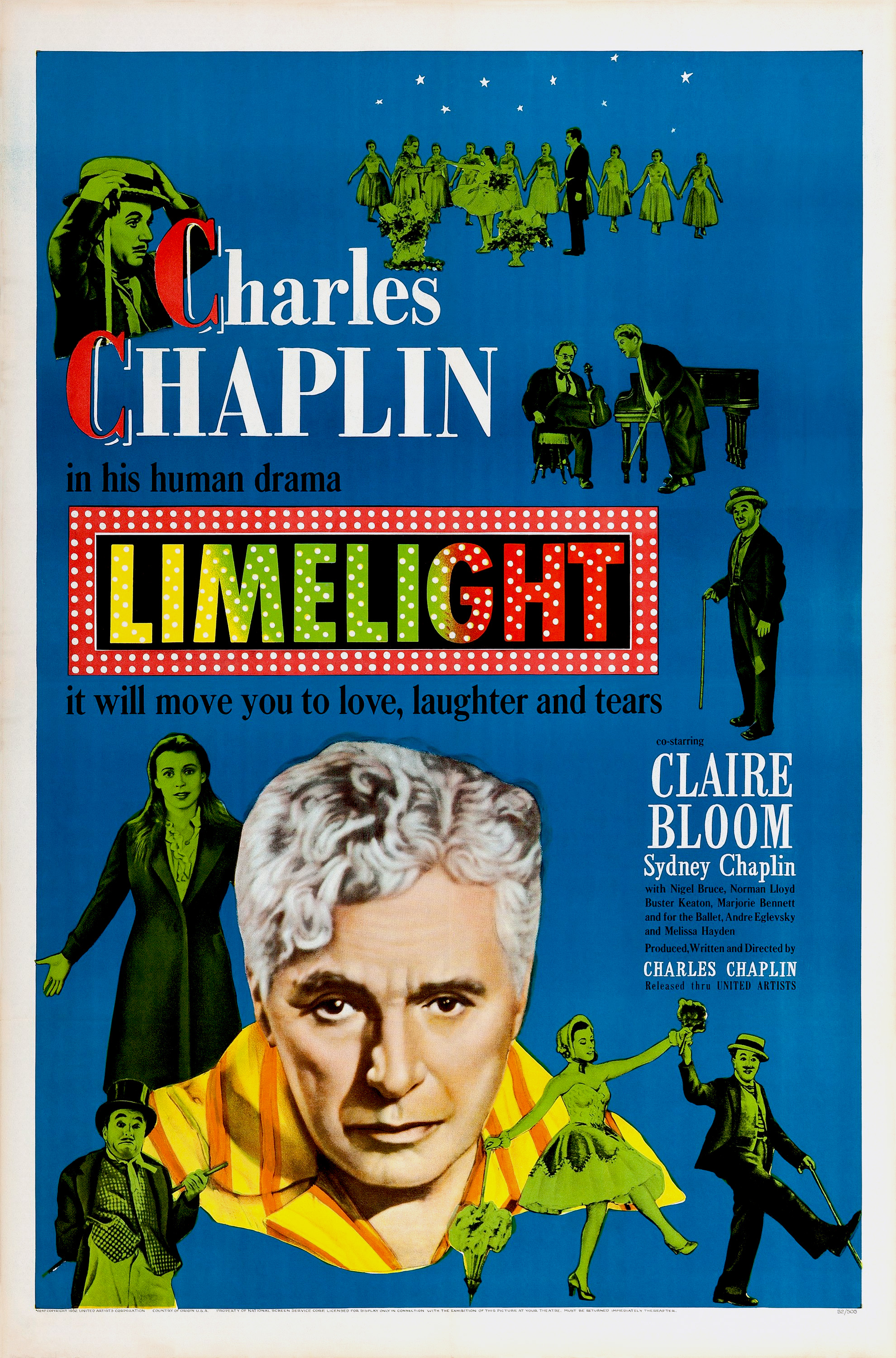 Limelight is a film about a star who is well past his prime and doesn’t realize it. It’s always rough to know that you can no longer do something at the high level you once did, but it is inevitable depending on what that skill is. For example, you can’t really play Football past 60 and it’ll be tough to nail the Super Smash Bros melee inputs when you’re 80. Eventually you’re going to have to throw in the toesl and the main character learns that the hard way here.

The movie starts with Calvero having another tough day. It’s been difficult to find any kind of roles to play despite once being the king of comedy. He has a lot of drinks to accelerate his demise and then heads home only to find that a girl named Terry has nearly died after inhaling a lot of gasoline. He restores her to health along with a doctor and convinces her to stay alive this time. He’ll help her become a terrific dancer and he’ll try to get a new gig. Can his old humor style really transition into the new world though?

This is a pretty laidback film for a while even if it does get a little more intense by the end. The opening segments of the film is mainly about Calvero goofing off to try and make Terry feel better while trying to ignore his own difficulties. It’s difficult though because he really wants to make people laugh but his acts just aren’t very good. Not only does he only know 2-3 acts that he repeats over and over again but people don’t find him funny. He’s basically told to leave and his name is poison to the various shows.

Calvero gets the message but it’s not a fun one to understand. At least Terry is a hit which Calvero is happy about but he has not been able to reclaim the same success and feels as though he is holding her back. He’s a pretty well natured lead who makes for a fun guy but it does seem like he didn’t put the proper amount of effort in.

If your humor style isn’t working then it’s time to get some new acts. Keep on developing new material and eventually you’ll hopefully get somewhere. When he tries his new name out even Terry has to remind him that he can’t expect to be an overnight sensation after the first act. I suppose it’s partially because he’s older but the guy doesn’t have a whole lot of patience the way that he might have had in the past.

As for Terry, she’s a solid heroine. She does what she can to look after Calvero including telling the audience to cheer and laugh as much as they can. To the audience’s credit, they did a good job of this as they were extremely loud at the end of the film. Fortunately Calvero didn’t suspect a thing which is good but also sad in its own way. Calvero really could not read a room which is absolutely fatal for a comedian. You need to be able to read the audience to know when to cut a joke short or improvise which he just couldn’t.

Terry ends up falling for Calvero but as he and the film notes, it’s not really true love. She has mistaken her feelings of admiration and gratitude for love here. Calvero does his best to keep on trying to show her the light on this and it’s good since that romance would have been pretty bad. As it stands, he stayed strong on that note. Any kind of relationship with Nevill afterwards would come off as a rebound though so I like to think that Terry stayed strong as well. Either way, she was definitely a good friend/ally to have around.

Then you have Neville but there isn’t a whole lot to say about him. He has liked Terry for a while not but always tends to lose out which saddens him. He knew her a while ago back when she worked in a store and would give him some extra money and materials. Certainly a nice thing of her to do. Is he perhaps mistaking gratitude for love as well?

One of the best characters here had to be Postant. While he doesn’t get a huge role, he is a true scene stealer. Basically he’s the boss of the show and calls the shots. He has a good working relationship with Calvero and is a very reasonable person. I like his confidence and way of speaking. He does what he can to help the lead as well.

I haven’t spoken much about Calvero’s acts so lets talk about why they don’t succeed. The first he that he pretends to have a trained flea and performs tricks with it. The first issue as you can see is that it’s all pretend. People aren’t going to find that particularly funny or impressive since there’s nothing to see. Like, what’s the point of the exhibition at all right? It’s not a good act.

Then you’ve got the dummy act with his partner where they keep trying to fix a piano for a very long time. Even the audience had a very hard time fake laughing for that one although they did their best. This is really why he fell out of favor. The guy just wasn’t that funny and I would say he wasn’t even remotely funny. Every trick he did completely flopped.

That’s why I say Calvero ultimately needed more acts. The guy is good with instruments so maybe do some musical jokes. Switch to stand up comedy or something. His two routines just got stale the instant they started and so he was really doomed from the jump. That said, part of why I’ve never wanted to be a comedian is it’s hard to make other people laugh. I stick to making myself feel the humor. I can always get a good chuckle out of myself and humor is just so subjective that trying to tailor your humor to a bunch of people sounds crazy difficult. Kudos to the people who pull it off but for every success there are a bunch of performances that don’t make it to the big leagues.

Overall, Limelight is a good film. The writing is solid and the cast is good. I think we could have done without the romance plot but it’s handled well and I do like that the film goes out of its way to explain that this isn’t quite genuine. The movie’s also surprisingly long for such an old flick but it doesn’t drag on. That just means it has plenty of time to squeeze everything into the mix and it makes the most of this. I’d say the ending could have been a bit better to fully stick the landing but ultimately this is a title I could definitely recommend.