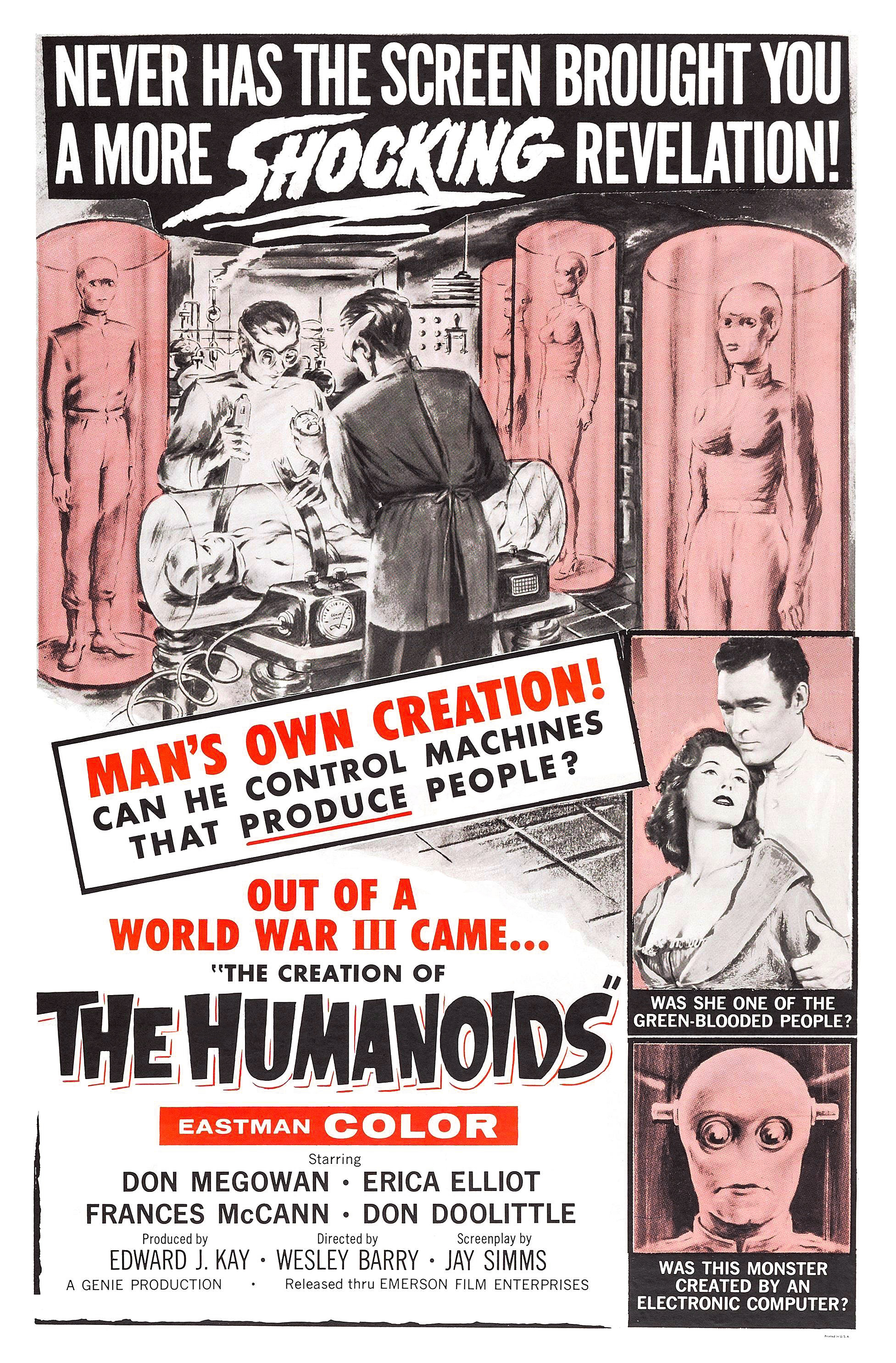 It’s time for a sci-fi film dealing with how robots would be treated in the future. It’s definitely an interesting look at the situation. It’s a very dialogue heavy film but one that goes about this in the right way. I was never bored with what was going on and it was all very interesting. Perhaps because it was very tangible and interconnected as opposed to conversations that don’t really go anywhere. The humans are all portrayed in a super unlikable way though.

The movie starts off with Cragis and his partner running some routine patrols. After World War III, humans built some pretty advanced robots who eventually started repairing themselves until they reached a very high level. If they ever reach Level 100, they would for all intents and purposes be human. Right now you’re not allowed to go past the 70s but the robots have secretly gone to Level 90+. A lot of humans resent the robots because of how perfect they are. They feel like humans will one day be wiped out and if they ever saw Terminator then this is a real possibility.

The robots not outnumber the humans. Currently there is a program in place that prevents them from hurting humans but a human was just murdered by a machine so now even that law is in jeopardy. Cragis learns that his sister is going out with a robot and this scandal could jeopardize his standing within the humans cult. Can he convince her to dump the robot or is this a lost cause?

A good deal of the film is that very debate. Now, here’s why Cragis looks pretty bad the whole time though and doesn’t work as a sympathetic main character. He’s constantly name calling the robots by referring to them as Clickers which is something they say they’d rather not be called. He then picks on robots for no real reason except to try and make himself feel better. He’s so threatened by the robots that he can’t even stand to talk to them.

Cragis feels that the humans will gradually grow weaker and weaker as long as the robots do everything for them. He is afraid that people will lose their drive and will effectively cease to be humans. One of the main problems with this is that you can’t stop technology in the end. You can slow it down but it’s best to find ways to work with it. By denying the robots, Cragis is just putting himself in a tight spot.

Not that he would know but the robots do appear to have some sinister plans for the rest of the world though even if it’s framed as not necessarily being a bad thing. Basically they intend to turn the rest of the world into robots. If it’s optional then that might not be bad but if they intend to trick people then it could get dicey. I doubt they would need to for most of the population though as many will be thrilled to become immortal at the drop of a hat. Their physical abilities should also be slightly amplified as well.

The movie is fairly low key for the most part but there is a plot twist that occurs at one point. You’ll probably figure it out when one of the robots starts laughing about the irony of something occurring but refuses to talk about it. It was a good scene for foreshadowing even if it was very direct. The robots definitely aren’t going to go down easy and we certainly get quite a few scenes of them talking among themselves about the plan.

Thing is, it’ll be difficult for the humans to stop them since they don’t suspect much. The council for the humans has already become more powerful than the police and they don’t suspect anything. It seems like the robots have infiltrated a lot of places already so it’s far too late to do much about it. Based on the ending, it’s not like the main characters will be doing much about it either.

Maxine is the main heroine here and she’s not bad. Cragis definitely seems really desperate to be with her from the start though so you’d like her to be a bit wary about that. She seems more open to the robots taking the place over but has no strong opinions one way or the other and basically says she’ll just back Cragis up with anything.

As for Esme, well it definitely seems pretty drastic to get with a robot that’s for sure. Apparently in the future this is more common place outside of the Order though so nobody else really cares. The robot has to follow her every command though so it’s hard to feel like it’s ever an equal partnership. That seems like it would ultimately be the biggest hurdle here.

The writing is solid though and you will be at the edge of your seat for a bit before leaning back again. At first you suspect this could even play out like a Sci-Fi thriller as the robots take over but then you see how this is a very low key kind of film. The robots have their plans but there won’t be any violence or action here. In a way it’s trying for a more realistic approach there as taking over the world silently would surely be more efficient since the robots won’t be destroyed that way.

It’s very interesting which I like. As for the debate about robots taking over, well I’d say at the point that such robots are created it does make sense to use them. I’d always be 100% skeptical about them learning true emotions though. I think it’s possible to simulate them but I’d have a hard time believing that it’s possible for a robot to develop a soul and thus emotions. It’s just impossible for that to ever happen. So in that scenario I still wouldn’t see them as a threat but a good ally or resource for tasks that would be too dangerous for humans. There are tons of different tasks they would be able to accomplish and you would just need to make sure you keep enough drive to work on your own and not get complacent.

Overall, Your mileage here will probably vary with how interesting you find the dialogue to be. It was definitely right up my alley so I was definitely having a lot of fun with it. The humans mostly seem pretty unreasonable the whole time but I suppose it’s because the film really wants you to be on Team Robot here. There’s a lot of reasons to distrust both sides at the end of the day. A sequel could have a lot of potential as an action movie or even to expand the lore. There’s a lot about this future that we don’t know yet but the foundation of it is already pretty cool.