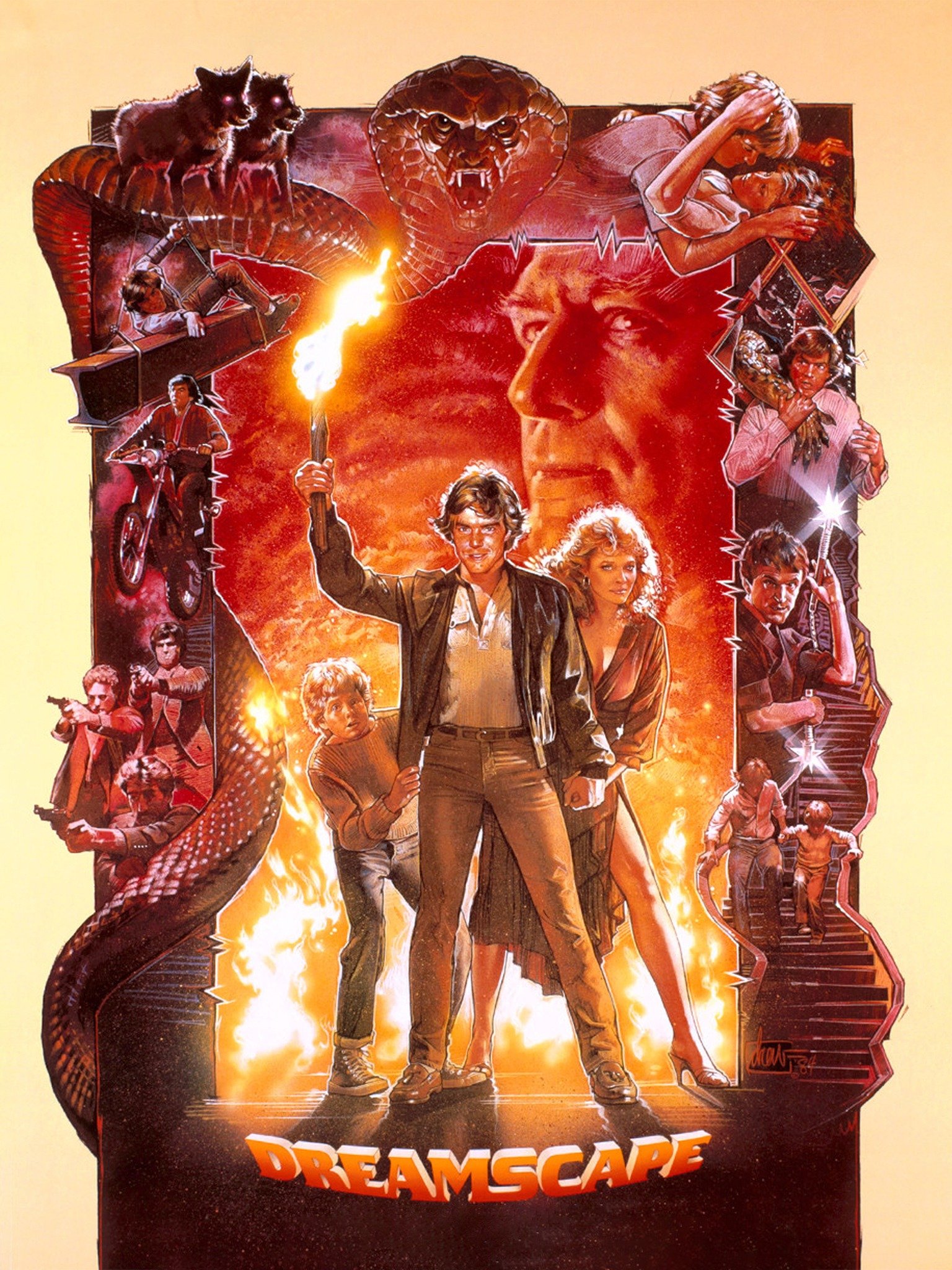 If you were able to weaponize a dream that would have to be one of the more dangerous prospects out there. How can you defend yourself if you’re still dreaming? Well, this film delves into that and it makes for a very interesting watch. It’s the kind of sci-fi concept that’s cool to check out and the film keeps it engaging by throwing in some monsters too.

The movie starts off with Alex using his psychic powers to win at the horse races again. Unfortunately he’s not too subtle with his constant winnings and so people are starting to hunt him down to get some of those profits. This leads to him being desperate enough to get into a car with some shady characters who take him to Professor Paul. Paul was a part of the group that originally ran the tests with Alex and got him these psychic powers.

Well, the experiments have continued and they need Alex once again. Alex was always one of the most promising cadets after all so they need him now. The idea is that Alex can jump into a person’s dreams and help them contend with previous traumas or even just give the scientist some info based on the dream. Ideally this is a way to help humanity because you can end nightmares and other forms of stress. Unfortunately, the government has other plans for this.

If you die in the dream you die in the real world so what better way than to use this for an assassination right? There is a particularly disturbed guy named Tommy at this lab and he has psychic abilities that rival Alex’s own. Alex will have to decide if he stays at the lab to help the patients who really need him or if he should get out before he is in some real danger.

Now when I say psychic powers, I should emphasize that we’re talking purely mental here so don’t expect people to be throwing trees. Alex can see through trading cards and into the mind to an extent. He can go into someone’s dreams but he can’t go into their minds like that when they’re awake or at least not to a serious degree. He can pull out some thoughts from the top of their minds at least.

Alex is a solid main character and I can see why he ran off the first time. It definitely doesn’t seem like this is the kind of place where you would be safe for too long. They’ll use you for the intel and then you’ll be taken out. Growing up in such a facility is probably why Alex is very tough in the present. He’s always got a barb ready for the other characters and has a lot of bravado. He ultimately does decide to help a little kid who was having nightmares even though a lot of other people died earlier.

So Alex does have his heroic qualities as well. Mainly the only scene I really didn’t like is when he went into Jane’s dream to have an affair when she had been declining him in the real world. It’s definitely a low move and it’s hard to see how their romance was still able to flourish despite this in the present. That seems like it would be a relationship killer to me.

As for Jane, well she tries to keep things professional but Alex isn’t interested in that from the start. Jane’s not on board with the more shady elements of the job so she does have more of a moral compass than the other staffers but there wasn’t a whole lot to her character. You’ve got Paul who wants to keep the experiments on the level but he ultimately reacted a little too slowly. Maybe if this was less of a charged area he would have been okay but the instant he stayed late at night and said no to the villain I knew it was game over. It was a tense scene when he walks into the hallway though. The guy just didn’t act until it was too late but he does at least have a backup plan set into motion by then.

Bob is the main villain here and the guy is rather intense. The film plays out a bit like a government conspiracy title at times and he does a really good job in that role. You can tell that he’s willing to do anything in order to have that weapon. These corporate kind of villains always manage to be very interesting and this guy’s no exception. Then you have the crazy Tommy who is all too happy to join in with this.

He’s a guy who always liked using his psychic powers for evil so it’s a perfect fit. Alex is really the only person that Tommy can’t intimidate. In the fight scenes that take place in the dream, I like how creatively Tommy uses his abilities. Really he could have murdered Alex in an instant if he wasn’t so busy toying with the guy the whole time. It’s why you never want to play with your food.

There’s also Charlie who is definitely the most random character in the film. Somehow or other he knows about what is going on with the dream wars and manages to track Alex down. The guy must have a lot of connections but at the same time he had no exit plan which doesn’t go over very well for him. Choosing a crowded location was a good idea but ultimately it just wasn’t safe enough. I was glad about his inclusion though because the conspiracy scenes are some of the most tense ones in the film.

Finally there is also the President but he’s not the smartest member in the group. I don’t think having bad dreams would be enough for me to subject myself to a super risky dream experiment that is still in the trial phase. Nah, I’m definitely not doing that. He also comes across as weak with how he isn’t able to touch Bill even though he was almost murdered. This guy’s the President? I don’t care about red tape at that point, you blast Bill and then cover it up. He should at least have that much power.

The film definitely has a really intense ending on two fronts. First is Alex’s final decision and battle which is a really effective scene. Then you have the final moment which will make you really think everything over again like Inception. My view is that the ending isn’t quite real, but it’s hard to say how far back it goes. Depending on how far back we’re talking…well that could be depressing for Alex.

An area where the film really excels is with the actual dreams. I liked the visuals we had there from the Nuclear aftermath to that creature that Alex had to fight. The dreams had a solid atmosphere to them and even the opening dream with the guy getting cheated on had a very grainy look to it that let you know this was a dream right away. I could have done without that crazy dream but it certainly felt weird enough to fit right in.

Overall, Dreamscape is a solid thriller. It has that classic 80s feeling as well where something just isn’t right but it’s hard to put your finger on it. Everyone seems dodgy and the whole area seems unsafe. You get the feeling that Alex is always being watched even when no one is around. That general atmosphere of unease is hard to nail and the film did a good job with it. I’d recommend checking this out if you want to see how the world of dreams can be a very dangerous thing.