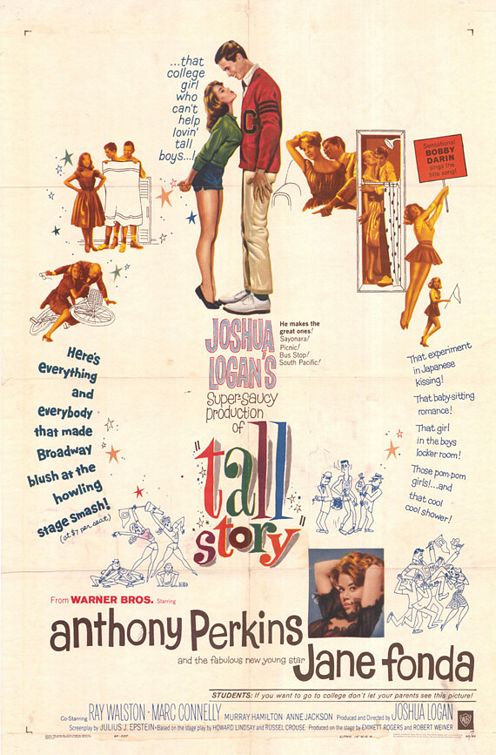 All right, it’s time for a Basketball movie of sorts. It’s not the main focus per say but it does play a part in what’s going on. This is a movie where I would say the first half beats the second as the comedic parts are good but once the film gets serious it starts to trip up a bit. Ultimately the moral here is that you need to stick to your studies!

The movie starts with Professor Leo getting ready for his first day of school. He’s going to be an ethics professor and he’s looking forward to getting these kids academically prepared for success. He’s given the school tour by Professor Charles who lets Leo know that this school is very dedicated to its Basketball program. This is to such a point that there is a huge statute in honor of the sport and it is the only thing that the papers care to publish.

Well, Leo can make ethics work into that. Then the professors are knocked over by the new student June. She lets them know that she is only attending this college to secure Ray’s hand in marriage. To do this she will have to get him to stop focusing all of his time on school and so she asks for their help in arranging this. She is steadfast in this goal but will Ray ultimately choose to go with her or will she end up being disappointed?

It’s also worth noting that a big part of the film’s drama is also about the Russian team coming over to do battle with the school. This team has defeated every school in their tracks under mysterious circumstances at times but the principal and teachers are confident that they can win as long as they have Ray. Ray’s never lost a battle and doesn’t intend to start now. Hopefully the romance doesn’t get in the way of this eh?

Most of the humor here is in how up front June is about all of this. She doesn’t mind anyone knowing about her plans aside from Ray. She isn’t beating around the bush either and systematically starts tearing down all of Ray’s barriers. You feel like the guy is doomed from the start with how he can barely resist her. By the time they’re babysitting together it’s all over. I will have more to say about that when I talk about him.

But for June, she gets a positive score here. She saw an opportunity and she seized it. You have to appreciate the hustle and June was also able to support Ray as best she could during the climax. There was a lot of planning from her end so she also gets top marks in strategy. As a main character she does her part in making sure that the movie is entertaining from start to finish.

Now for Ray, I was not a fan of his. First off, he lets the romance impact his play on the field. Whenever someone is playing a sport or doing any activity you don’t want to see any excuses. Ray starts stinking it up on the field and doesn’t seem to care because he is having such fun. The tournament is coming up so he needs his head in the game. Then when he gets his groove back, he gets a package of money from the Russians telling him to throw the game.

There’s a lot of ways to handle this like immediately giving it to the police, the Basketball coach, the teachers, etc. Instead he just holds onto it initially which is not a good idea since it’ll make him more suspicious down the road. Additionally he decides to flunk a test so he will miss the game but that will just ensure that the college loses. He kept on making the wrong choices over and over again when this really wasn’t that hard. Hand the money over to the cops and it all would have been squared away rather easily.

So while June had a strong will, I thought Ray’s was rather weak. The main antagonist Leo can also be dicey at times. I enjoyed most of his earlier scenes as Leo tries to make sense of this crazy situation but towards the end he seemed a bit exaggerated. Once he learned the truth about the whole thing he should have just let Ray go back on the team. If he wanted to do a make up exam then that’s fine as well but just give it instead of intentionally dragging out each question.

After a while it just seemed like he was being stubborn just to be stubborn. There was also no reason for him to out June near the end as it served no purpose other than to put her in trouble. So Leo really used up any good fortune he had earned up by then. I appreciate him sticking to his guns before learning the truth and keeping Ray in a failed state. That’s fine and as an Ethics professor it makes sense. After that though? There’s no real excuse there. Additionally giving a makeup exam doesn’t seem too far fetched.

Everyone was putting pressure on Leo including the principal. If the team had lost the game I have a feeling that Leo would have been fired on the spot. The principal doesn’t get a huge role here but whenever he appears the guy takes over the stage. You can tell that he is serious about the team winning this one. Charles is a solid professor as well and a lot more reasonable than Leo. He has a very laidback attitude and is just able to roll with all of the punches rather than making a big deal about everything. That’s the kind of guy you want to have on your side.

As the Basketball coach you can probably guess whose side Sandy was on. This is a game that especially means a lot to him and he made good on his word to put in as much pressure as possible. I definitely liked that guy. Finally there’s Myra who is June’s mother and she is also more reasonable than Leo. She even has a bit of a competitive side to her as she jumps in on the sport betting behind Leo’s back. You can see where June gets her personality from. Myra usually won’t go into the spotlight to throw in her support but she is always on the right side.

The film’s fairly quick and really breezes by. The only weak point I would say tends to come from the romance side of things. I won’t say that the romance between June and Ray is bad, it’s actually fairly decent for this kind of school story. No, it’s the inclusion of another couple who own a trailer that can be a bit much. They’re the kind of fake friends who won’t actually help you at all despite talking a great deal. I didn’t like that Ray and June actually bought the trailer because it feels like they were fleeced. The whole sequence of scenes were also the only parts that really felt like they dragged out.

This other couple wasn’t funny and the idea of moving in there and wasting so much money rather than getting a proper place just doesn’t make any sense. Ultimately it was Ray’s money so I’m going to have to give him another big L for even thinking about this. June also takes part of the blame for being excited about it so they’ll both take a hit there.

Overall, I would have liked to have seen more of the actual Basketball game but in the end this was a decently solid title. It’s a pleasant enough romantic comedy which hits the right notes on both angles. Hopefully Leo learned his lesson and will be a more reasonable person going forward. At the very least that’s what you would hope. If you’re looking for an old school title to watch then I’d recommend checking this one out.