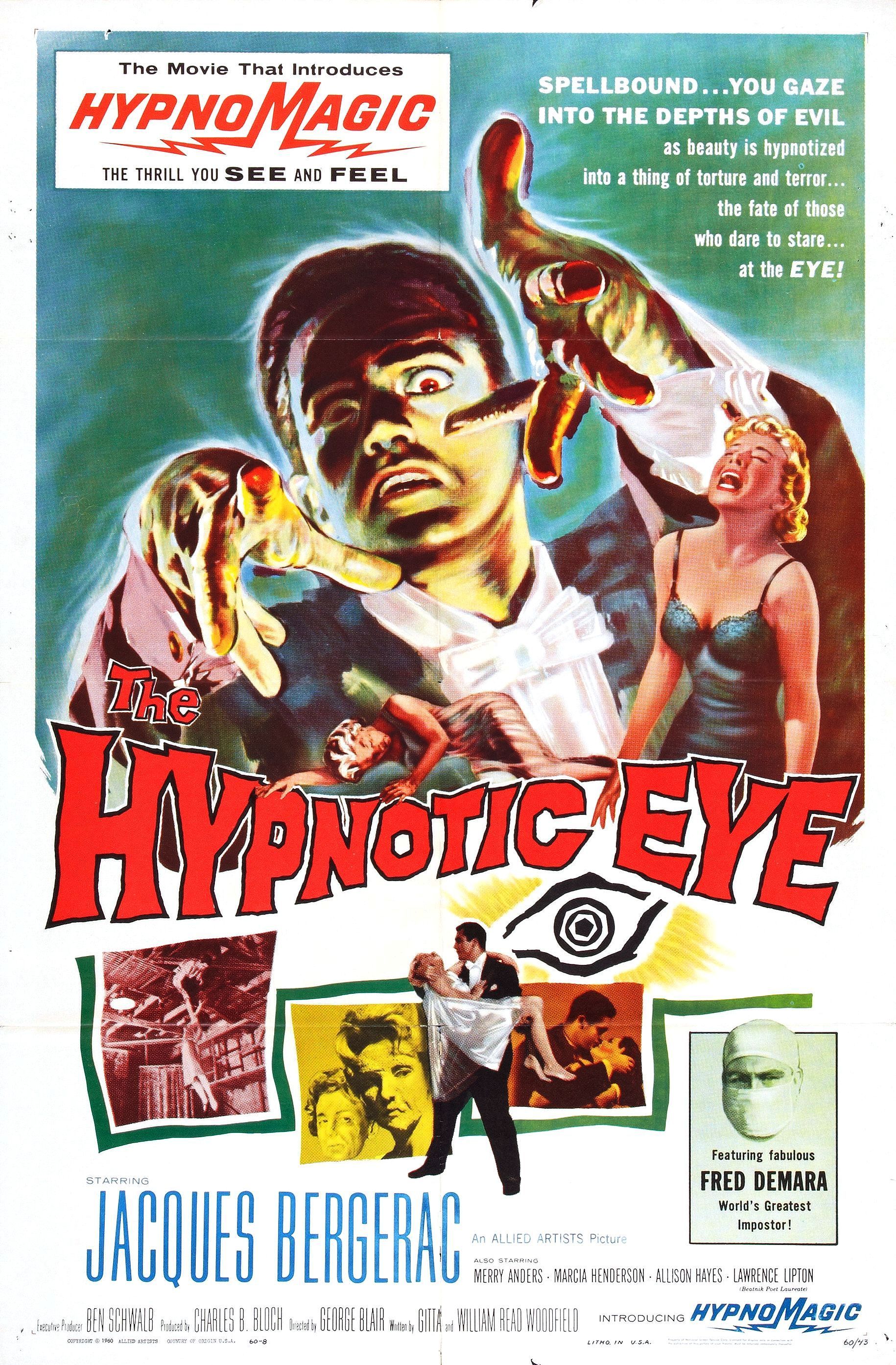 Well, it’s time for a film about hypnosis and as I always chuckle at the concept it means that I have a hard time taking the villain here seriously. Every hypnosis I’ve ever seen in real life has been woefully underwhelming and ineffective. So in a film I’m just trying to tell the characters to stand their ground but in the end they just end up getting wrecked all the same. Throw in the fact that all of the characters make a lot of iffy decisions here and things don’t end well for them.

The film starts with a lady effectively committing suicide by burning her head and we find out that she is just the latest in a string of victims like this. The only common element is that they were all women. All of them seemed to not know what they were doing until it was too late. Dave’s been on the case for a while but he just can’t figure out what is going on here. On a completely unrelated note, there is a new hypnotist in town who has been really impressing the masses with his skills.

He only performs tricks on women and can use hypnosis to have them perform fantastic feats. Dave doesn’t believe in this nonsense though so when his girlfriend Marcia has him take her to a show he is bored beyond belief. After Marcia’s friend Dodie is used for one of the tests and commits an act of terror against herself, Marcia is convinced that the hypnotist Desmond is to blame. The trick is that she will need to prove it and of course Dave isn’t buying into it. Will she be able to stop him?

There are a lot of things to be annoyed about in this film. One of those things is certainly that Dave isn’t piecing the puzzle together or even trying to. Now I get why he is skeptical of the hypnotism itself since I don’t buy into it but when the bodies start piling up then you have to make a move. Maybe he’s using some kind of trick or blackmail but it does seem obvious that Desmond is at the center of this. Instead Dave prefers to be rather passive about the whole thing.

He also doesn’t trust Marcia much at all. Her plan is to allow herself to get hypnotized (Or at least appear to be) while Dave and Philip watch over her from afar. The problem is that since Dave believes there is no chance she could be mind controlled, he just thinks she is cheating on him and quickly jumps to conclusions. He even wanted to abandon her in Desmond’s house because of this apparent betrayal and his friend Philip has to talk him out of this.

Later on Philip heads home to play the piano though and Dave leaves anyway. These two are absolutely the last people you would want to have your back because they really didn’t. Marcia easily could have died in the time it took to actually get serious about this and came very close to that point. It was more luck than anything that saved her in this film so Dave loses a tremendous amount of points. When your skepticism interferes with your job then you know it’s gone too far.

I also have to take points away from Philip. At least he believed Marcia a lot sooner but he wasn’t really doing anything about it. Again, the guy went home to play the piano so that tells you the level of determination that he had. Meanwhile Marcia’s friend Dodie gets the short end of the stick. It’s always rough being the friend to the main characters because your odds aren’t great of making it to the end. In this case she has to go through quite a lot. Dodie was a nice character so it’s a shame that things didn’t go better for her.

Then we have Marcia who is a decent heroine. I do like that she was proactive about trying to stop Desmond but her plan was extremely risky. Much like how I don’t like the ole plan of “Lets get captured on purpose” putting herself in a position to be mind controlled does not seem worth it. This guy has seemingly mind controlled a ton of people over the years so what would make her so special? I just don’t think she thought this one through quite as much as she should have and ultimately it came back to bite her. She very nearly didn’t make it this time.

As for the villains, well Desmond is not impressive at all. There are some twists for his character and they just make him look worse and worse. The guy just could not keep up with the other characters and he’s not much of a mastermind. At least he does get a quick action scene where he tries to use the eye on Dave and Philip but they’re able to power through. That was the closest the film got to actually having a Shonen moment of breaking through with pure willpower.

As for Justine she’s another one of the villains and her motivations are rather petty the whole time. I won’t say why she wants to get rid of all the ladies but lets just say that it’s not a whole get rich quick scheme or trying to rule the world. It’s a much more personal angle and one where you realize that her goal will never be complete because there are too many targets.

The Hypnotic Eye really just ends up failing because the heroes take way too long to confront Desmond and the characters are annoying. Dave really shouldn’t be getting so jealous when Marcia keeps trying to say that there is mind control at play. Any and all affairs with Desmond are rather cringeworthy due to the hypnosis in effect. The heroes should have broken that up a lot sooner if you ask me.

It’s hard to even say this film is in any genre. Thriller and horror don’t quite work for me because the film is more on the low key side. The only intense moments are when we see the victims and realize that once again there has been a whole lot of damage already. Suspense might be the best genre to pick here I suppose. The writing’s not bad but I think the story needed some more elements here to keep the film interesting as well as to give a plausible reason for why Desmond could keep practicing in the state. Not believing in hypnosis just isn’t enough of a reason if you ask me considering how many people were dying mysteriously. That alone should have cancelled the shows for a while.

Overall, The Hypnotic Eye is a film you can safely skip. It doesn’t really bring anything to the table so by sidestepping it you will actually be doing yourself a favor. Hypnosis just doesn’t tend to make for a great plot device and the whole time you’ll be shaking your head at how slowly the characters make any progress here. The scene of the heroes heading home to play the piano and sulk is probably one of the most surreal moments in a while.