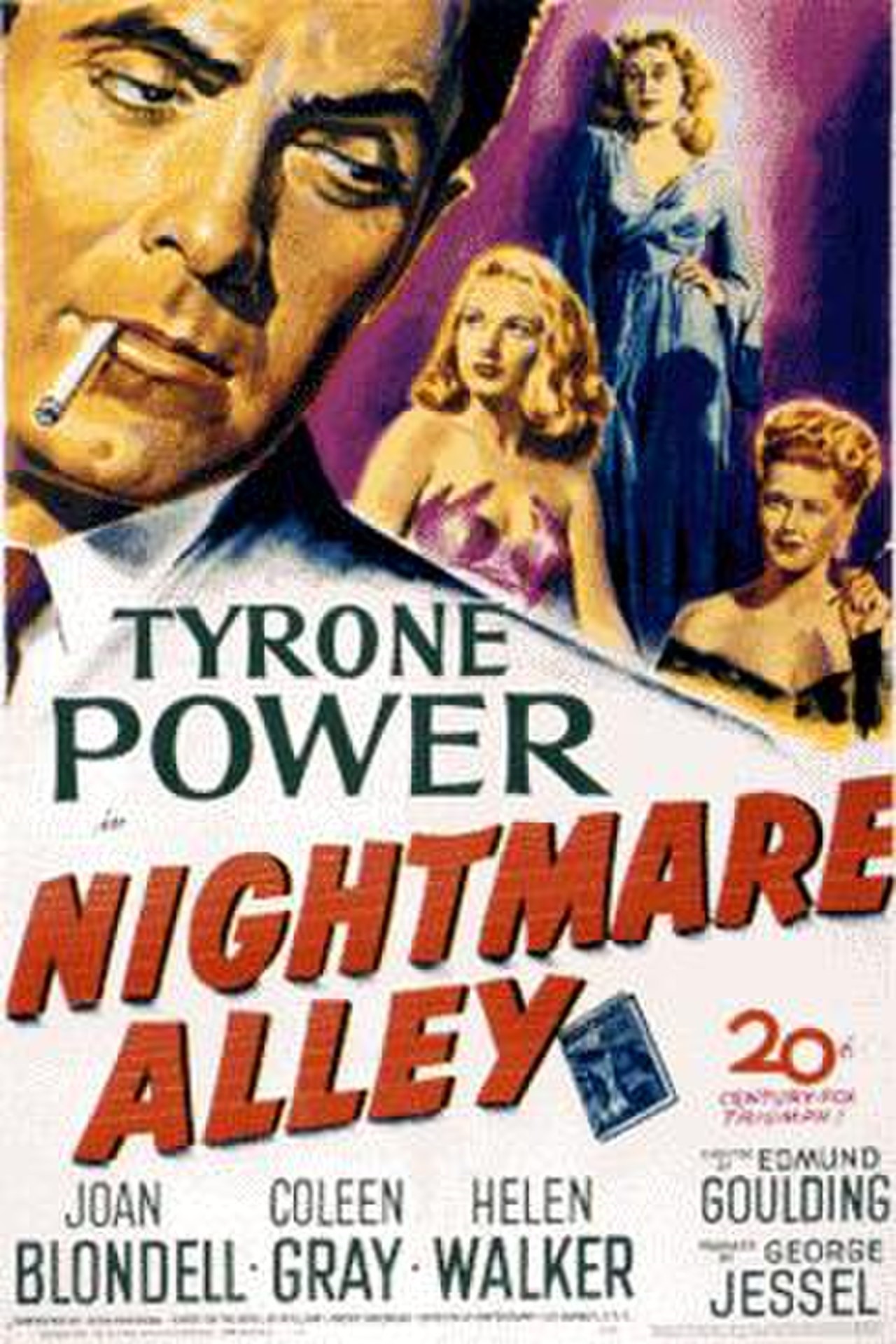 Nightmare Alley is a film where you are going to need to suspend a lot of disbelief since the main guy’s ability is that he can effectively mind control you by talking. I’ve always been a big hypnosis skeptic and this would fall into that ballpark. There’s one scene in particular where he talks a sheriff into backing off and I was shaking my head. Still, it’s an interesting film that does manage to stick the landing.

The movie starts off with Stan being the new guy at the circus but really wanting to be more of a main star. His target is Zeena who used to have a really famous act with Pete. They would answer questions from the audience and always managed to read out the question and give the right answer while one of them was blind folded. It seemed an awful lot like magic but it comes down to word codes. Thing is, Zeena won’t give the code to anyone so Stan may have to use some of his persuasion skills. Will his ambitions to be the main star work out or is he really just setting the entire circus on a one way trip to oblivion?

Now, I will say that I am a little skeptical of the word codes as well. That by itself would not be nearly enough to figure out these exact questions and answers. Perhaps if the film showed that they were using some kind of special frequency radio or camera I could buy into it, but just by enunciating words and phrases Stan was able to figure it all out? I dunno, that seems like a really big stretch to me. At least they weren’t trying to play it off as magic though so that works. Stan just has really good intuition when he foils several traps that are laid against him.

The first half of the movie is really about Stan at the circus. It’s a little slow at times as you’re just waiting for him to leave but it does show right away how slick the guy can be. He acts nice enough to everyone else but he’s really just trying to steal their acts. He certainly makes a lot of passes at Zeena even though she is with Pete and doesn’t waste a second once Pete is out of the picture. The guy doesn’t have a lot of morals and gets together with quite a few characters before the film is over.

He is the antagonist here so you expect that he will keep on going down the dark path. It’s always risky to have a villainous main character. It works sometimes but more often than not it backfires. Well, at least this is one time I can point to it working pretty well. The guy is charismatic even if the film exaggerates that point and you’re interested to see how far he can go in his schemes. His personality is part of what makes the ending so satisfying as well. Stan is absolutely the kind of guy who can lead the film pretty well.

As for Zeena, well I’m definitely not a fan of hers. She really wasn’t paying a whole lot of attention with how she fells for Stan’s schemes so easily. Pete wasn’t exactly the best guy as he was constantly drunk and out of it but Zeena really should have taken that opportunity to dash out of the circus rather than going along with Stan’s schemes. Then you have Molly who also falls into the trap pretty quickly. She really wanted to believe in the best of Stan but I would say by this point it was clear that he wasn’t going to be a loyal guy. She nearly walks out on him a few times but always ends up being convinced to stay. It would have been good if she could have followed her gut.

The second half of the film is really about Stan taking his act global. He figured that he can market himself as someone who can actually talk to the dead and uses this to great effect as he gets a lot of money from everyone. This forces him to keep on escalating his act further and further to the point where he has to materialize someone for the rich Grindle. If he pulls this off then he will have really conquered the planet.

This act introduced quite a few new characters which was cool. Grindle felt like a sucker through and through though. The guy allows himself to be tricked so easily considering how he completely didn’t believe in magic and talks so tough at the start. By the end he’s crying and just not thinking critically anymore. It was a shame but in this film almost nobody could resist Stan’s various deceptions.

Finally there was Lilith, a psychologist who seems to live on the up and up but quickly grows tempted by Stan’s plans. She is a very complex character and easily the best one in the film. She is also quite intelligent since her business is about reading people’s emotions and helping them through it. As a result there is a bit of a cat and mouse battle between the two as they analyze each other. By the end of the film it goes to such a psychological ending that you can debate how the climax actually played out. (I’d say the sirens were real but they weren’t called in. Keeping it vague so as to avoid spoilers) No matter how you interpret the ending though, I’d say that Lilith looked very good here. She has a satisfying end to the character arc and helps end the film on a high note.

Now I wouldn’t say the film’s ending is happy. By the time it ends quite a lot has happened and it’s not like there are many heroes left to root for. Still, it’s meant to at least give you a little hope that this time Stan will go onto the path of light. I’ll also give the film credit for showing great restraint by not actually showing his new occupation on screen. That would have easily gotten rather gritty and would have completely crippled the film’s score. As it stands, you can understand exactly what is going on and the film keeps a bit of a dark atmosphere while not crossing the line here.

Really the weakest part of the film is the romance(s). We know Stan’s a phony from the start but you wish the other characters could see that. Instead they all get tricked one by one with all of his affairs. The guy keeps getting win after win but if the heroines had let things play out a bit longer then they could have seen through him. I’m not even sure what genre I would call the film but it has enough romance where that is definitely a focus here. I would cut that out and get him on his journey to being a master manipulator a bit earlier. That would also reduce the length of the first half which isn’t quite as interesting anyway. That way you jump right to his battles with Lilith.

Overall, The film may feel unbelievable at quite a few points with how the characters bend to Stan’s will but it’s still an engaging film. As with many titles in its time, the writing is good and the pacing is on point. You should have a good time watching the movie on the whole even if you are rooting for Stan to lose the whole time. I’d like to have seen various characters resist his pseudo hypnosis more but the ending is really good with how the situation suddenly shifts. It’s a good reminder to always keep your guard up. Just because you think you’re the smartest person in the room, doesn’t mean that this is actually the case.