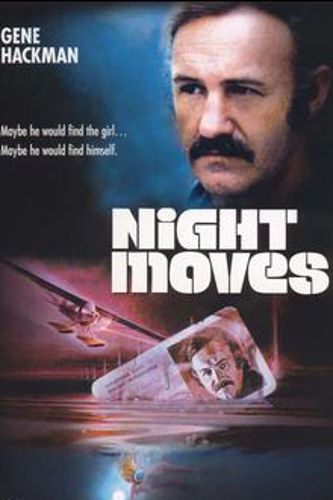 Oh boy, this is one of those films that starts out on a rather dicey note and then just gets worse and worse as it goes on. The movie is really going for pure shock value half the time and with nobody to root for you are in for a very grueling 99 minutes. I also wonder why they couldn’t just stretch this movie by one minute to be a perfect 100. If you’re that close…why not do it right? Not like it would have helped the movie or anything but you might as well.

So the movie is about a private investigator named Harry. He specializes in divorce cases and a lot of little cases like that which his wife Ellen mocks him about. Still, he enjoys the work but one day he finds out she is cheating with a guy named Marty. Does this matter to the plot? No….but did it shock you?? From there Harry heads back to his main case where Arlene asks him to find her daughter who has gone missing. Harry looks around and finds her fairly quick but it will be difficult to bring her back. She certainly doesn’t want to go home.

Right away we learn that Delly is quite the free spirit who goes around having affairs with everyone despite only being 16. Unfortunately, she has really gone off the wall crazy and everyone around her is the same way. She’s currently staying with her stepfather Tom and Paula. The less said about this part of the plot the better but needless to say, nobody here is a good person. They’re all engaged in very serious crimes and have no sense of moral decency anymore.

This is the kind of movie that is very jaded and believes that everyone is a villain or will turn to the dark side if given the chance. Harry isn’t exactly exempt from that as he makes his share of mistakes as well. He’s not a very nice guy which does make him a strong investigator as the guy won’t be pushed around. That said, it’s very difficult to have a candid conversation with him as a result and everyone takes shots at how hard he is trying to be an iconic investigator or like one out of the movies. In terms of investigating he does a good job though so I don’t think you can slam him too hard on that.

His personality and decision making? Sure that’s fair game. When he finds out that Ellen is cheating I don’t see why he was so desperate to get her back the whole time. Note that he catches her twice and he cheats on her with someone else later on. Perhaps he figures if they’re both cheating on each other then it doesn’t really matter. That just feels really twisted though. Ellen’s no better as her excuses don’t hold any weight. Being lonely is never an excuse to be cheating at all. Marty doesn’t have any personality except to be threatened by Harry every time.

As for Delly, well there’s not much to say about her. She is as immoral as can be and never makes the right life choices. Ultimately this doesn’t end well and I can’t even say that she has a happy ending. This was a really rough film for her. Her stepfather Tom is horrendous and you feel like he got off extremely easy here. With everyone dying left and right you’d have thought that he would be one of the prime targets to be bumped off. Where’s the justice in this film?

Paula feels bad for herself a lot as the world around her goes to oblivion but you feel like she needs to get out of this environment first thing. She’s just sticking around to see the violence and crimes being committed but only assists in this instead of doing anything about it. She’s as guilty as the rest of the characters. It’s clear that Arlene isn’t innocent either. She beats some of the other characters almost by default but I still would consider her to be a bad character. She’s just interested in herself and getting rich.

The atmosphere is suitably depressing and without a whole lot of color during the movie. It really has that classic 70s feel to it where everything is really grimy. You can make a good thriller or noir film our of that but you can’t rely on overt shock value. There are so many aspects of this film that really don’t need to be here. You can absolutely nail this plot without the extra aspects. Take away Delly’s character traits as constantly stripping, being desperate for men, etc. Remove all implications of her and Tom, lets remove the cheating subplot with Harry, lets remove his affair as well.

I suppose by this time you’ve got a completely different movie but it shows just how much of this film really needed to change. It’s just not a fun watch and you can’t be a good film without being enjoyable in some sense. Whether it’s having a good soundtrack, an engaging plot, or good characters; every movie needs to have something. If you have nothing then you’re really in a very tough spot that is hard to get out of.

Overall , Night Moves is a film I highly recommend avoiding at all costs. It’s just a terrible movie on all accounts. Any semblance of interest you may have had in the film is completely destroyed once Harry gets to the Florida Keyes and finds out just how depraved the whole situation is. This is a movie of shock value where terrible things keep on happening to everyone. There is really no way to save the film at that point so I would even say this should not get a remake. At that point you’re better off just making a whole new experience so lets just put this film back on the shelf and pretend it never existed.