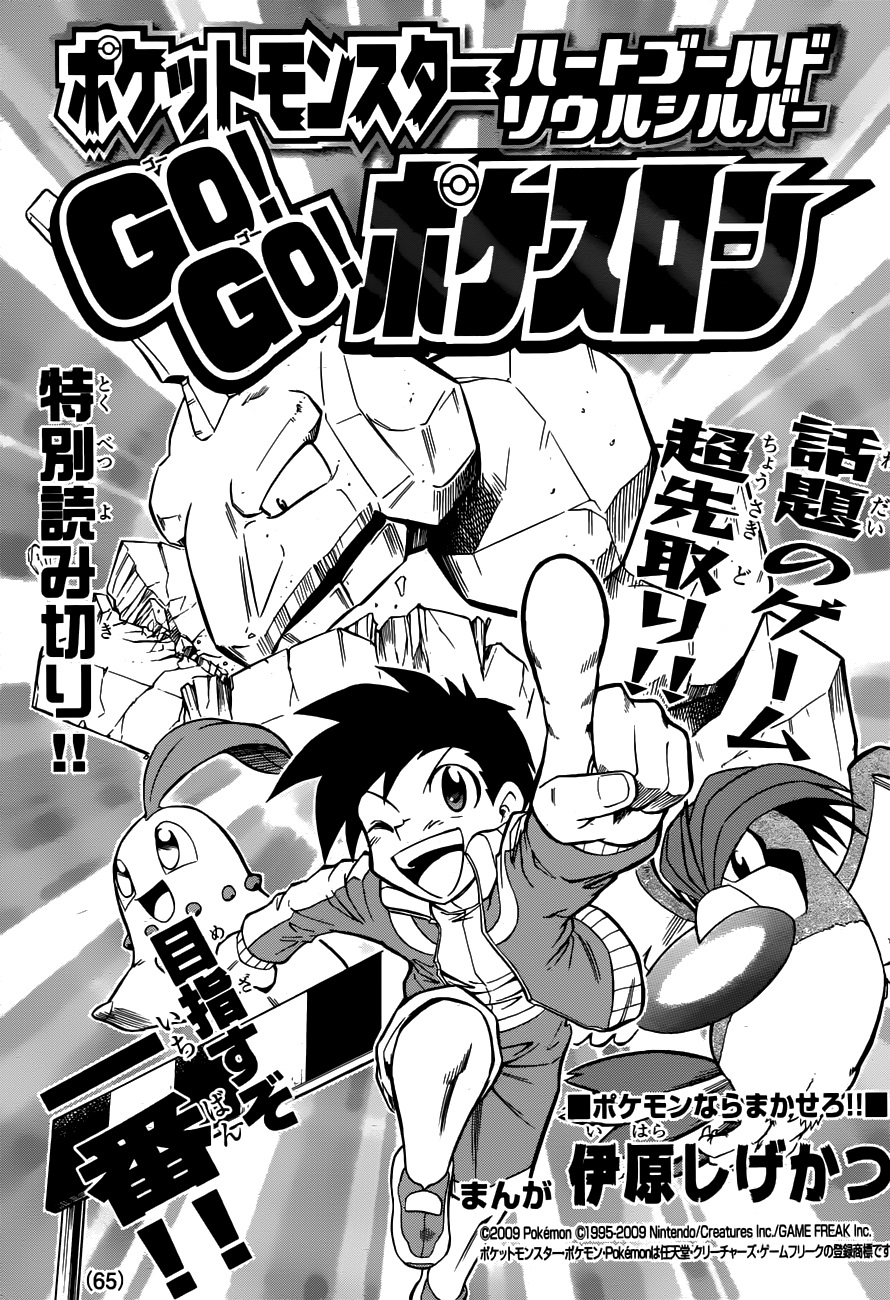 Pokémon’s certainly had a lot of different titles over the years. Pokémon Adventures is easily the most well known one but there are countless stories you can tell through manga and we have seen a nice variety. You have action titles like Reburst, heists, comedies, trading card manga, etc. Well, this one is a sports one shot and the premise is good enough where you wish it could have been a true ongoing. There’s a whole lot you could do with Pokemon and sports after all. It would end up being one of the big time Pokemon manga titles.

The story follows a kid named Takashi who is really excited to enter the Pokémon Triathalon. He just barely makes it in time but knows that this should be a complete win on his part. He has Onyx, Chikorita, and Pigeotto. His childhood friend Lyra warns him that this competition won’t be easy and he should think things through. Unfortunately that’s not Takashi’s strong point so things start to go south. Takashi has to question if he really stands a shot here. Can he make a comeback or is time to go back to being just an ordinary Pokemon trainer?

The story is only about 20 pages so there isn’t a whole lot of time for events, but we do get to see 3. The first is the hurdles where you have to jump over the stick like in the Olympics. Chikorita would probably be the best pick here right? Well Takashi doesn’t seem to think so and he decides to go with Onyx. I can tell you that at this point I was starting to get a little concerned. Still, maybe he just didn’t think it through… It was a rough loss but you really can’t blame him, I don’t see how you can expect the guy to jump a large distance like that. It’s just not the Onyx way.

Takashi keeps making questionable choices to the point where a bully shows up to mock him. Problem is, Lyra points out that even the bully is taking this more seriously and has put himself in a position to win. He brought berries and drinks for his Pokémon. Takashi admits that he forgot. Now this is already bad but the next scene is easily Takashi’s worst. Lyra says she thought this might happen and so she brought him a Poke smoothie from home. All right, this should give him the edge right? Wrong! As Takashi is walking to the arena he forgets why he is holding a smoothie in the first place and ends up drinking it himself. The guy either has the memory of a goldfish or he just really wanted a smoothie. Either way, it’s an awful look and he doesn’t really deserve to win now. That said, the only other competitor is the bully and we don’t want him to win either so that makes this a tough proposition.

Well, the final event is a classic Pokémon battle only there is a ring out feature this time. The first team to have all of their Pokémon knocked out loses. This event goes really fast which makes sense since the story was ending. I’ll give it kudos for having a decent way for Takashi to compete here even if the Pokémon did all the work. The bully is redeemed and we get a happy ending to end off with. It’s a solid ending and that wraps up our journey.

This was a fun story although I think it was a bit exaggerated with how bad Takashi was. It gets to the point where you seriously can’t root for him. He massively squanders every possible opportunity. The smoothie scene was certainly inexcusable. He’s a nice kid but ultimately I can’t say I liked Takashi. If you’re going to enter a tournament I expect your best. Whether you win or lose doesn’t matter as long as I know you tried your best. Takashi didn’t seem to be trying his best though which is a bit much.

Lyra did her best at least. She came prepared after all but I would have liked to have seen her in more events since if seems like she did enter. I suppose she just happened to be in different events most of the time which is reasonable. It seems like a big enough event where you had a lot of different sports going on at the same time so you couldn’t enter all of them. Even as the story ends we’re not done with the triathlon and more events are to come. I never got to try any Triathlons in the games since I don’t own HeartGold yet, but it sounds fun enough. Sort of like minigames so if the controls are on point this could be really solid.

The artwork is on point as well too. The pages are very clear and you can always tell what is happening. It makes for an easy read and you’ll be blasting through the chapter. The writing’s good and it’s just a pleasant light hearted adventure to read through. It’s probably not going to be a super memorable one that you go back to every few years or anything like that but it’s a good read. If you enjoy it enough perhaps it will even convince you to buy HeartGold so you can try it out for yourself. Now that would be a real win for the story.

Overall, There’s certainly nothing really negative to say about the manga. It’d be nice to have had some more pages so we could really enjoy the actual events though. Here it’s more like we see the start and end but don’t get a whole lot beyond that. With another 10-15 pages I think we would have gotten a whole lot more action which would have worked out really well. Pokemon will continue to get more and more manga though so I look forward to seeing which one shows up next. The franchise is vast and I doubt we’ll ever run out of new ideas to create manga for. The series just has too much potential.