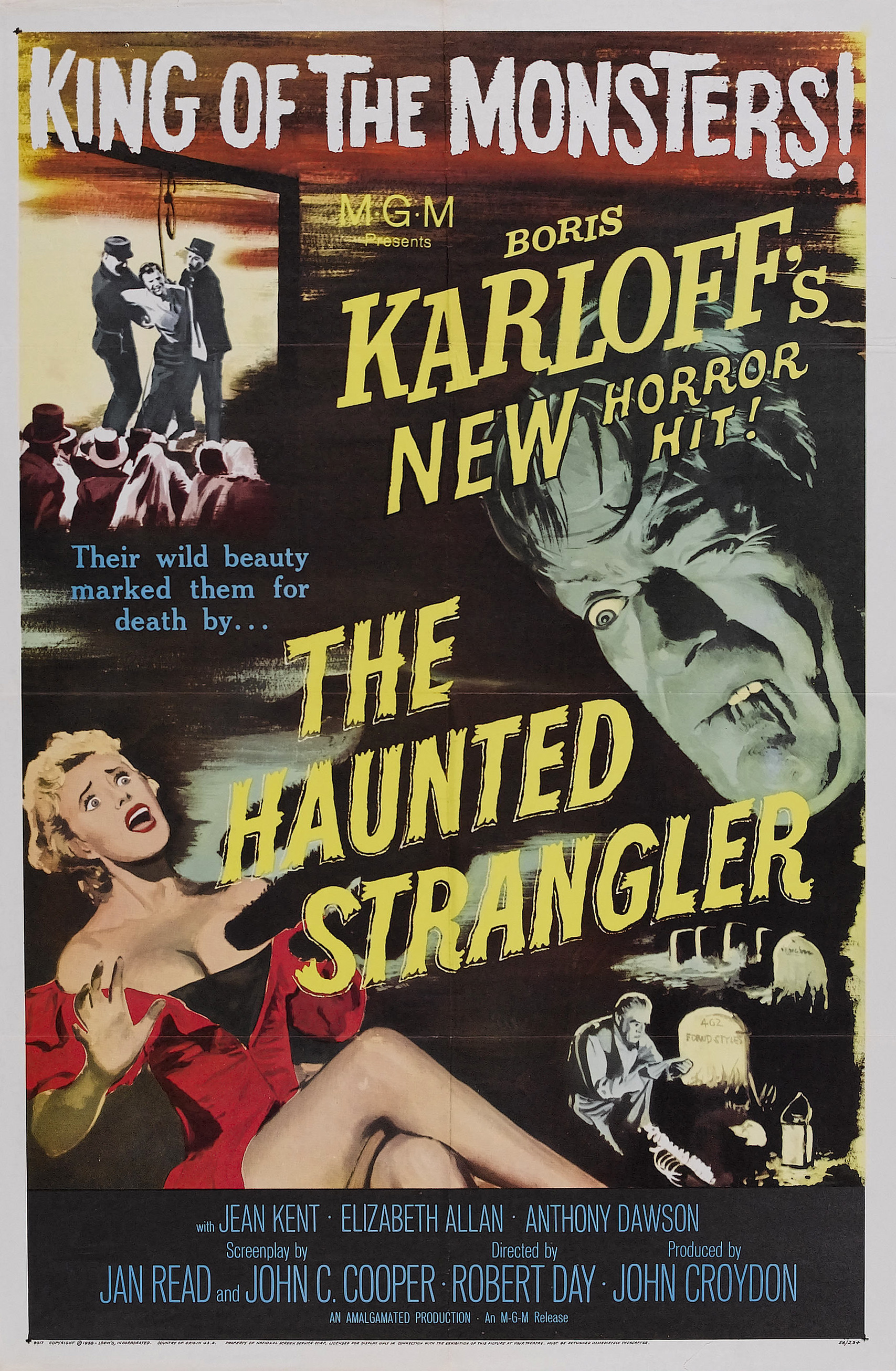 The Mysterious Strangler is a film that really goes by the books without trying any big twists. As soon as the main character starts to get very obsessive about his work you have a feeling where this is going. If only he could have stayed strong right? Well, that was never going to happen but it feels like the film almost forgot to start including the actual strangling. So we get a speed run near the end but most of the film was rather low key.

The film starts with a man named Styles being murdered for the crime of strangling a lot of people. He says that he didn’t do it even as they hang him. We then jump 20 years into the future where a writer named James wants to prove that the guy was innocent after all. There was no real evidence to support that Styles committed the crime aside from a lot of circumstantial evidence that kept on adding up. Superintendent Burk thinks that this is madness since it’s a 20 year old cast but lets James continue his investigation. Shortly afterwards the murders start up again though. Why would they start up again after 20 years like this? It is quite alarming and now the main characters must find the culprit right away.

With the murders back up you have to assume that either the original murderer is still out there or this is some kind of copycat. Either scenario would work well enough when you think about it but the timing next to James’ investigation is a big thing to note. If James had started doing this to try and help his theory that would have certainly been a crazy twist. Unfortunately the cops are often too late to stop the strangler from taking his victims down so there is a bit of a body count by the end.

The writing is solid enough. I liked the dialogue between the characters and it always has a very mature feel to it. The characters address each other respectively and know what is going on the whole time. They’re all professionals after all and even the corrupt security guard has a lot of bravado to him. James has nobody to blame but himself for expecting this guy to come in handy as a witness later on. Why would the cop ever admit to helping him break into a grave when that crime would put him out of a job? James definitely was lacking a bit of situational awareness there.

Randomly we see that the prison and asylum are both rather crazy. At prison they’re just casually beating everyone to death and in the Asylum they handle James very roughly and even force him to eat some porridge in the most disturbing scene in the film. The climax definitely goes from 0-100 really fast with the twists too so the film wasn’t really holding back to end things. The way one character jumps through a window is even unintentionally funny. There’s no real reason for all the urgency and running at this point but I suppose it just couldn’t be helped.

For the cast here, they are all okay at best. James is a very obsessive main character who absolutely wants to be right and is quick to go into threats You can’t really trust the guy all that much. He’s also so completely convinced that Styles is innocent without having any real evidence on hand so in a way isn’t he just the opposite extreme of everyone saying that Styles was guilty? James is also quick to break the law to further his own ambitions, so you definitely want to keep an eye on him.

As for Burk, he was my favorite character here. The guy may not have bought into the theory at all but when the murders started he did take the whole thing very seriously and jumped right on in. His ego didn’t stop him or anything like that, he was just determined to solve the mystery and put an end to all of this. He even did his best to try and convince James that he wasn’t crazy which was considerate of him. You couldn’t ask for much more from the superintendent.

There’s also a very mild subplot where James’ partner wants to marry James’ daughter. The main character really has no time to think about this but is upset that he was basically the last person to find out about this and wasn’t even told directly. That’s a pretty valid complaint I suppose since you’d think they would have mentioned it a bit sooner. Oh well, better late than never I suppose. I don’t think James would have taken it super well in any event.

There’s quite a few random dancing scenes in the movie as well. This all leads up to the dancers being the main victims of the Strangler and I’ve noticed that they seem to be the targets of the villain quite a bit. At least recently it seems like I’ve seen a few films where the villains head after the dancers. I suppose they figure that these are easy targets but the scenes can last a while where you feel like the plot is frozen. It would be better to skip the performances and we just see the Strangler running around.

While played seriously, there are two murders that almost appear to be part comedy. One is when a fire is started so the guard runs in and quickly gets taken out. You’d think he would have been a little more cautious considering where he was. Then you had one of the girls who was baking some bread and kept on singing so she never heard the Strangler until he approached. The cops had just arrived to check if he was there but she was super dismissive and knew that nobody had appeared.

Also, I should note that the Strangler only has one good arm. You’d think that this would make it a little easier for the victims to take him out but unfortunately they still end up getting crushed by every trick. I thought that was a little crazy, you mean to tell me that nobody thought to trip him up or do something? A one armed villain can’t do nearly as much as someone with two arms, that’s just basic addition right there. I know that this is an old horror film where the victims can’t do much of anything but I’d have liked to see some of them fight back.

Overall, The Mysterious Strangler is a fairly run of the mill film and compared to most titles in the genre it’s quite good. The mystery at least gives it a little more depth than the others even if the culprit is clear from the start. I mean as soon as you hear the summary and recognize the main actor you probably know something’s about to go down. That’s probably the issue with being so well known I suppose. The film stays classier than most Hammer productions though and never gets too violent. The movie’s also short and should keep your interest the whole time so I wouldn’t call it bad. Put simply, this isn’t a great film but it’s good enough to warrant a watch if you need to pass some time by.

2 thoughts on “The Mysterious Strangler Review”