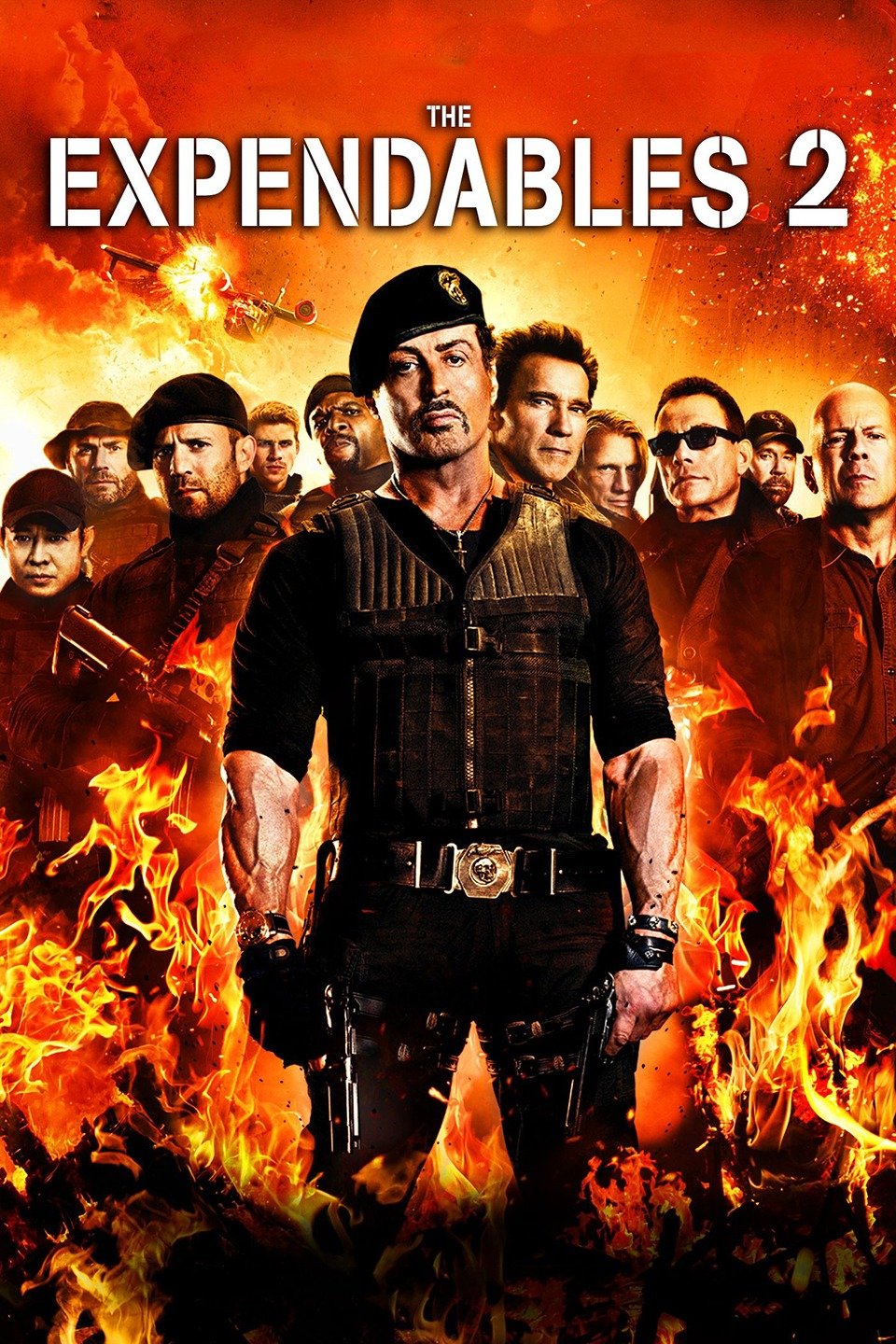 Expendables 2 definitely does a good job of taking all the good things from Expendables 1 and then moving that over to the next level. I’d say it’s the better film in just about every area which is really impressive right out of the jump. It’s not every day that you find a film which can do this. The movie is long so everyone has their chance to do something and you won’t have any big complaints by the end.

The movie starts with Barney and the gang pulling off yet another mission with the greatest of ease. These guys are a tough unit to beat after all. Especially now that Gunner’s back with the group and not going crazy. They even have a new member in Billy who has proven to be useful. Billy wants out though and says that the next mission will be his last. He’s not wrong and gets murdered by the new villains on the block. Church effectively forced Barney into this mission so the guy’s upset but he also just wants to avenge Billy no matter what anyone says.

The only lead is the researcher they rescued during this mission, Maggie. She explains that the villains have a box containing a computer with the locations of a bunch of Plutonium. The heroes are going to have to try and find a way to get one step ahead of these guys and then take the win. They’re outnumbered and outgunned, but never out fought so Barney and the gang are ready to win. Can they pull this off?

In the last movie it’s fair to call it the Barney and Christmas show since the rest of the team really didn’t do much of anything until the end. Well, this film makes sure to change that so it feels like a group effort right from the jump. I think that was a good idea because even though I’m a big fan of the main two, I can see how it would be disappointing if you were waiting for the others. The only exception to this is Yin who leaves the team early on and never returns.

The first big improvement here is that Church and Trench actually get onto the front lines here. After all their tough talk, it’s good to see them back it up. If you had any doubts before, you don’t need to have them now because both characters are absolutely locked and loaded here. They aren’t holding back and have a lot of great banter between them. Using each others catchphrases was a fun little thing to do and they really mow down a ton of enemies. One scene even involves dropping a gun under the car they’re driving so the other guy can pick it up. Certainly not something that’s easy to do.

Expendables 2 is very much a film where everyone gets their hype and that works out well. As always Barney makes for a very solid main character as well. He doesn’t back down to anyone and just keeps on fighting. I feel like there was even a Rocky reference with the punch combo he landed on the villain. It was probably the most impressive exchange he had in the whole film. The final fight also lives up to the hype of being the last battle and it’s why you always want to have a strong enemy to go up against.

Lee does well in his role too and takes on the other big villain here. He’s still the best guy Barney’s got on the squad and someone he can always count on. I like his confidence and I dare say Lee has more attitude than the rest of the fighters. That’s saying something since each of the heroes has quite a bit of attitude up their sleeve. Lee just outshines them all when it comes down to it.

I’m still not a big fan of Gunner though. I think it’s just hard to come back from what he did in the first film. Being a full on traitor is not just a simple mistake. It’s a huge deal if you ask me. Can’t really get around that personally. Toll and Hale still don’t do much but they have bigger roles than last time so it’s certainly a start. Then you have the new member Billy but he doesn’t last very long. Also, you seriously know exactly how things are going to go for him the instant that he says this is his final mission. You don’t walk away from that.

As for Maggie, she looks good here. She knows how to defend herself and can fire off the gun as needed so she doesn’t hold the team back. Barney was worried about this as the beginning but she was able to put his fears to rest which is good. Then you have the latest guest star Booker. He gets two scenes here that are both pivotal. The guy is clearly an expert fighter and knows how to defend himself even without a team. The fact that he can do so well solo is really impressive and shows why he is not someone that you want to mess with.

As for the villains, they’re an upgrade over the first film’s guys. Both of the main ones can fight. First you have Hector who is the right hand man of the villain leader. The guy is a good fighter and keeps it close with Christmas. This makes for a satisfying end to the fight and the guy was certainly evil but worked well in the role. Meanwhile the main villain was also fun. He could certainly fight really well and was definitely ruthless the whole time. Not quite on the level where I’d call him a really memorable villain or anything but he’s definitely approaching that point.

Expendables 2 really makes sure that you’re at the edge of your seat throughout the film. The action is nonstop and the writing is really good. Every character here is a big shot and talks tough in every scene. That makes for a lot of good banter and the movie is able to balance it out well so that everyone gets their hype. If you’re a villain then you do not want to mess with any of these guys or you end up paying for it. The movie never deviates from the kind of experience you think you’re going to get here and that’s not a bad thing. This isn’t the kind of film to have a lot of twists and everything but to just give you a lot of great action scenes.

I did have just one issue with this one though. In the first film you have the villains taking people hostage and I was glad when the heroes just fired anyway to take the villains out first. In a hostage situation that is the right response in most situations. You don’t just drop your guns because then the villains can quickly shoot you and then shoot the hostage anyway. I don’t see any scenario where dropping your gun is the right option. In this film they lost that character development and dropped their guns…so the villain murdered the hostage. It reminds you of how futile that whole thing was. So the big lesson here is if someone tells you to drop your gun, you’re better off going out in a blaze of glory than actually dropping it. It’s similar to the whole “Don’t get in the car” when the guy with a gun tells you to or anything like that. The situation will only grow worse and worse if you follow those orders to better to make a break for it and at least have a chance to survive.

Overall, Expendables 2 was definitely great. I’d certainly recommend it. I think it’ll be very hard for any film to top this one with the amount of big name action stars running around and taking names. Even though there is a third film, this is the one that you would want to consider the peak. The others just aren’t quite ready to be at this one’s level just yet. If you like action and want to see a lot of characters sizing each other up and getting ready for battle, then this is the title for you!