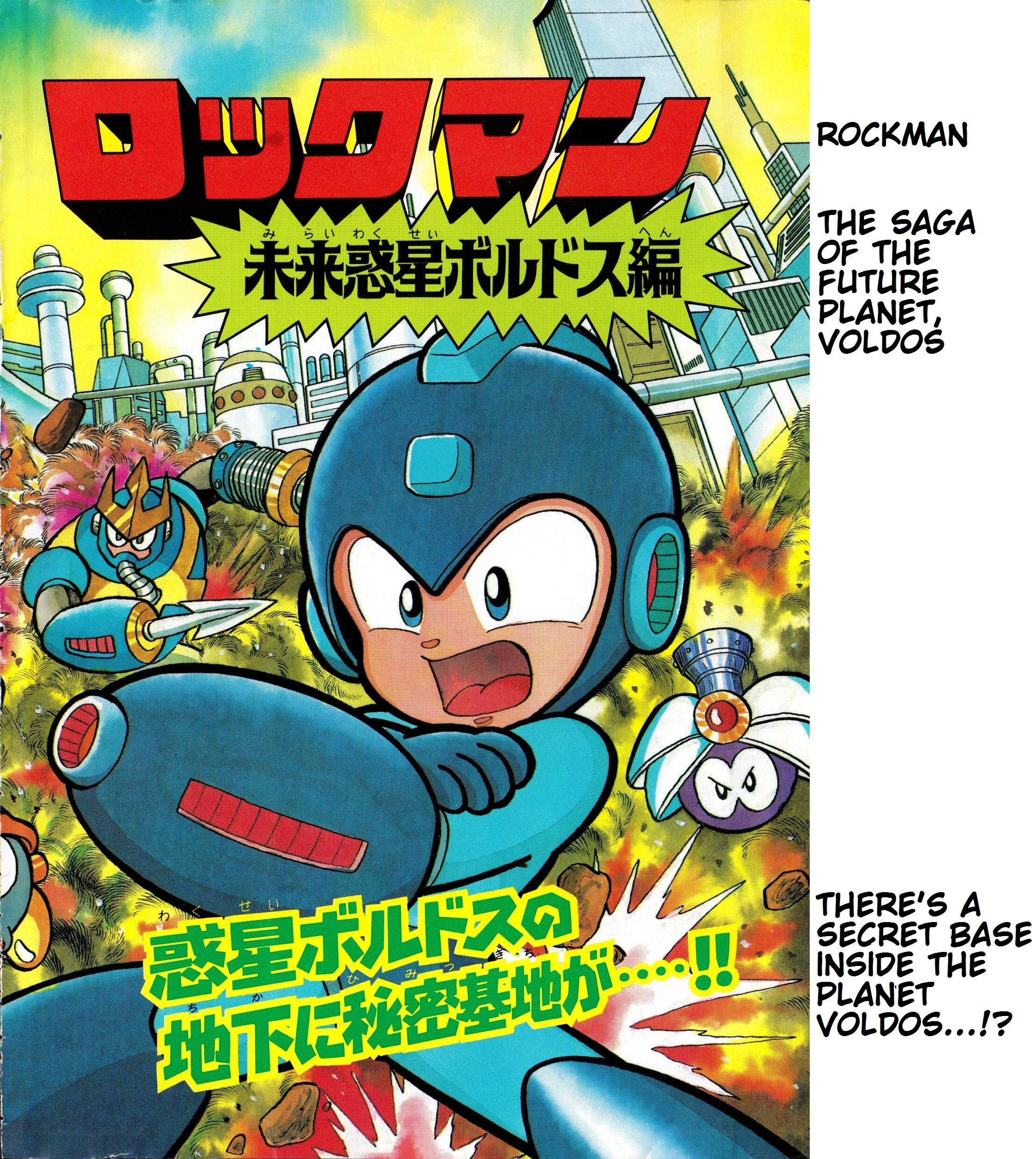 Time for the next Megaman oneshot. I have to give this one some major props for being what I would consider a true oneshot. It’s over 60 pages long and tells a complete story from start to finish. It’s not over in the blink of an eye and as a result it gets to really be remembered a little more easily after finishing it. The new villain Geist is definitely solid and I like the idea of giving the old robots some new moves. All in all, this is a solid story.

The oneshot starts off with a mysterious figure named Geist appearing and he kidnaps Roll and Dr. Light. All of Megaman’s old foes have returned as well with Geist granting them new abilities to take Megaman down with. That means their old weaknesses are no longer applicable either so Megaman will have to adapt quickly or he is going to be taken down. Can Megaman really defeat these fighters or is it all over for him and who is this mysterious Geist fellow?

I won’t spoil his identity but Geist is definitely fun. The guy is quite smart to be able to use a new gravity stone to give the robot masters their new abilities. For example, Gutsman can now move his blocks after throwing them which makes it harder to dodge or repel. Then you have Elecman who has a super thunder strike now. honestly I’m not sure how gravity factors into that but we can roll with it. Of course a robot like Gravityman would benefit from this but ironically he is one of the robots who is taken down the quickest. I suppose Megaman had enough practice fighting through gravity by that point in the story.

With 60 pages, Megaman is properly able to go up against a lot of fighters and even navigate the enemy castle. This is the level of detail that would be missing if this was a quicker story. So all of the extra pages really had a lot of good use here. We also get to see Megaman strategizing throughout the fight and wondering what’s going on. You could easily turn this into a nice little OVA and then extend some of the fights a bit. Due to just how many villains there are here, the fights themselves are still small for the most part.

After all, Megaman’s taking on fighters from the first Mega Man game and then others as well. The two longest fights would have to be the battle against Gutsman as Megaman learned about the gravity upgrades and then the battle against Geist. Both of those battles were definitely a lot of fun so that worked out pretty well. The structure is also in line with how it would be if this was an actual game adaption. Maybe Capcom should take a note from this manga and make a game where you fight some familiar faces but they have new abilities. No need to always be making new villains right?

The artwork here was definitely solid. The character designs are on point and I did like how the battle scenes were drawn. I think a good amount of effort was put into this adventure and it ultimately helped ensure that the villains felt like real threats here. Even Mega Man had to acknowledge their skills as he said an older version of himself would not have had a shot. It’s nice to see that he has been getting stronger after each adventure which makes sense.

As a final note, it’s only too bad that we didn’t see Proto Man step in. I guess he doesn’t always have to appear but of course it is fun when he does. Megaman barely made it through some of these fights so I’m sure he wouldn’t have minded the backup. In a way Geist is ultimately making more trouble for future villains though as we see that Megaman absorbed the upgraded robot master abilities so now he is stronger than ever. Talk about arming your enemies right? That’s the risk when fighting a hero who can copy abilities with a single touch. There is just no safe way to fight him.

I wonder if Megaman can copy abilities from minions too. We’ve never really seen him do that, but it could be because he just isn’t tempted. What could a minion have that he would really want right? We see that even the minions here got power ups which is handy and rather nice thinking of Geist. It feels like minions are usually left out but it’s important to power them up too since they are the first defense against Megaman. So if you make them nice and strong then you can potentially slow the blue bomber in his tracks.

Overall, The actual planet Voldos may not be explored all that much here but it is responsible for the new gravity stone. That is central to the plot so it all evens out in the end. It’s a good way to jump start a new story like this. Why be constricted to the games when you can come out with original plots right? I’d love to see an ongoing Mega Man title right now that’s story based with a lot of big battles. In the meantime these oneshots do the trick though and I would definitely recommend checking it out. There are no real negatives to be had here.