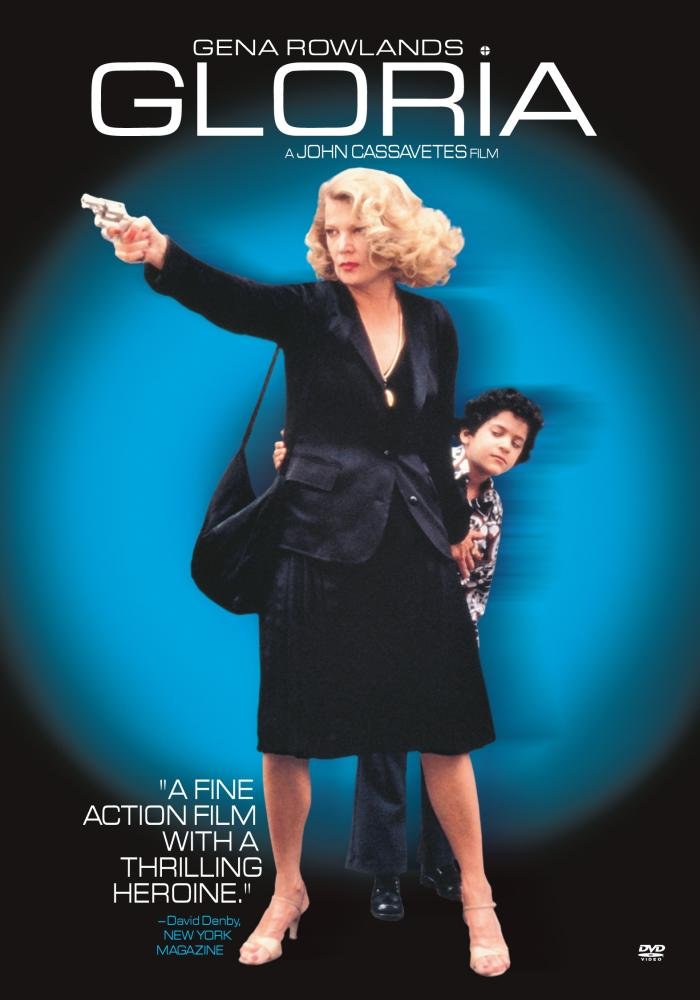 Gloria is a movie with a solid premise that manages to execute it really well. As a result this is a movie that’s memorable and has a solid cast at the ready. It’s a film that taps into the gangster angle with a different vibe than other similar kind of installments so I would say that Gloria is unique in the end. She also ends up being a very solid main character.

The movie starts off with Gloria’s neighbor dashing home with a lot of groceries. She is in a rush because the mob is now after her. Unfortunately her husband forgot to let her know just how dire things were and they should have run off instead of buying groceries. Now it’s too late to leave the building although making an attempt probably would have been worth it. Gloria shows up right in time though and they get their youngest child Phil to go with her to her apartment. This way he is able to escape the wrath of the gangsters and Phil’s father even gives him the ledger holding all of the information that the gangsters want. The parents are promptly blown to smithereens and now Gloria is on the run. Can she protect Phil from this group and why does she seem to know the gangsters?

This movie really opens up with a whole lot of things happening at once. Everything about the situation feels off as the mother heads off of the bus with the groceries and then you have this random guy banging on the elevators. Throw in the gangsters and how the father is panicking so much and you quickly start to piece everything together. When Gloria shows up you almost think that this is going to change genres and she is going to be some kind of super lawyer to help them out but that’s clearly not quite enough to stop these gangsters and bring everything back to normal.

At least this way she got to save one person though. The rest of the family should have still done a little more though. The daughter and mother basically just gave up and the father didn’t seem to do very well at all. If you’re pretty confident that you’re going to die anyway then I don’t see the harm in making a break for it. Maybe you could somehow make it to the front of the building at least and hope a cop is around. From what we know though, the father really got them all into this mess. Giving out secrets to the government is fine and all but making jokes about it at the bar? That’s a real easy way to put a mark on yourself and the rest of the family by extension. I also agreed with the mother that wasting time and buying groceries was not a good tactical move.

While the rest of the film quickly ramps up the tension as Gloria is always on the run, there is only one thing which holds the film back. That’s Phil. Yes, Phil was in a traumatic situation and all but he’s supremely annoying for the entirety of the movie. When he’s not yelling at Gloria he’s running off to make himself a bigger target. He’s not supportive even when she saves him multiple times and doesn’t even try to act reasonable until the very end. All of his dialogue tends to be downright terrible and if he was written out of the film entirely that would have been for the best. Maybe have Gloria drop him off at an orphanage while she takes out the mobsters and then bring him back at the end.

It would have been tough though since this isn’t that kind of film. It’s not Salt or Taken where the main character grabs an AK-47 and just blows everyone away. Here Gloria is strong and not afraid to go up against any gangster but it’s handles in a much more down to Earth way. She has a gun but she’s not going to mow down 20+ people. She uses it tactically and her knowledge of the city and how the mob works allows her to get far. She is put into a lot of sticky situations where the villains come out on top but then she also gets a lot of wins like in the subway and in the restaurant.

The movie has an ominous vibe in the way you would mainly see in an 80s kind of film like this. Even when there are a lot of people around you don’t feel that Gloria is safe because the mob has so many people working for them. They have enough confidence where they aren’t afraid to kidnap or shoot people in broad daylight after all so the implication is quite clear that they have a whole lot of power behind them. That’s not the kind of power that can be taken lightly at all.

That’s why it’s only more impressive how Gloria is able to stand up to them. She’s easily the best character here. It would be hard to blame her if she ditched Phil after a while with how he kept getting her in trouble and he’s someone she didn’t even really know before the start of the day. How well do you know your neighbor’s kid right? Ultimately her herosim always wins out though and she steps in to help. The film also keeps it vague why she left the gang and how all of that played out. It would make for a fun prequel but in the meantime I definitely don’t mind that her past is kept secretive. It adds an extra layer to her character as the mysterious lead.

I really had no issues with her and she was a lot of fun. If the film was more well known I could definitely see her being placed in the same conversations as Ripley and Sarah Connor as really tough main heroines from back in the day. Most of the gangsters are just your average crooks but the leader Tanzinni was reasonable. Clearly he had a lot of history with Gloria back in the day. While they disagree on how to handle this and Tanzinni makes it clear that he won’t protect her, he doesn’t go out of his way to stop her. For a villain that’s about the best you could ask for since if he wanted her dead then she would have been in short order.

The two sides are able to find a compromise and while the rest of the gang may not agree with it, this puts a little less of a full force against Gloria. Some opportunistic gang members may still go after her but you know Gloria can hold her own at this point so you aren’t worried. The film has a good ending and so ultimately this film just makes for a good experience from start to finish. The pacing and writing are good and you are definitely engaged due to how the film keeps the danger level high at all times.

Again, the only weak point here is Phil. The opening scene could have gone differently but it’s not the kind of thing that impacts your enjoyment. Phil does though and really keeps the film from going to the next level. Every scene with him drags and drags because of how grating he could be. It’s not even that he’s crushed from the experience but it’s just the way he processes even the new information. He makes all the worst decisions at all times and comes across as extremely unlikable.

Overall, Gloria is a very good film. I tend to like the sub genre where the ex-member of a dangerous organization has to help someone when the organization makes a move. Usually the main character is someone who was highly skilled and an upper member so it makes sense that they know how to protect themselves. Jason Bourne and Mission Impossible are good examples of this happening to a degree and there have been quite a few spy and assassin movies like this. Gloria may be more low key as it isn’t a full action thriller but with the constant chase scenes and always being on the run, there is no shortage of exciting moments to be found.