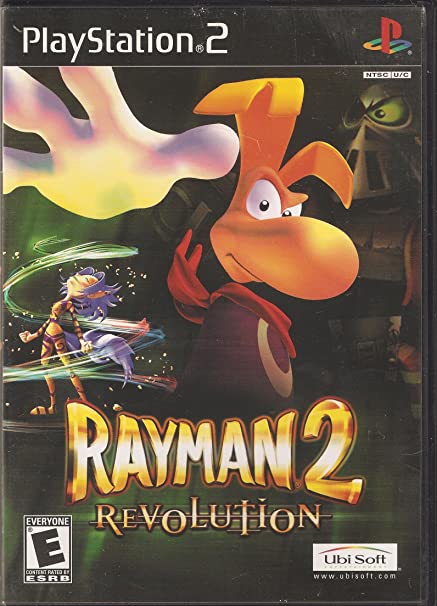 It’s time for some Rayman hype! The series is always guaranteed to give you a fun platforming adventure but there has yet to be a definitive title in the series for me. I’ve played some good ones of course but none that made me think it had to be the king of the series. Well, this one changes that as I would say Revolution is the best yet. There are no mandatory collectibles or anything like that. No, this is all about just getting through the levels and having a good time. I can definitely respect that.

So the game starts off with the villains taking everyone out including Rayman but fortunately he is able to get out in one piece. He is depowered now and the pirates are taking more and more people as slaves. At one point in the game the ticker shows that they have over 30,000 people captured which is insane. Rayman will have to save them one by one and to do that he will need to get his powers back and also hit some of the installations so he can weaken their forces. He will have some friends to help him along the way but at the same time they can also be liabilities with how they can’t really fight all that well.

With the gameplay you’ve got your classic 3D platformer. You can run and jump to get to the end of a level. Rayman can also punch and his fist goes far which is really handy. He can even glide for a bit so there’s a whole lot that you can do in the levels. Rayman definitely has variety in his move set which is always important. It also means that the levels are able to do a whole lot because more movement options means there are more ways for developers to set up their obstacles.

It works well and the gameplay is always fun. There is a decent amount of difficulty thrown in but I wouldn’t say it’s comparable to Crash or anything like that. It’s more classic in that sense but you still shouldn’t underestimate it. Some segments took me many tries like some of the rocket runs. Those are levels where you have to ride a rocket and zoom around all over the place. That level is really set up so it can be as difficult as possible. Good luck getting the rocket to go where you want it to go! It just seems to have a mind of its own the whole time.

The game has a lot of constant check points though so that’s really appreciated. If you get a game over then you go a little further back but it’s never all that crazy. Odds are that you’ll never feel discouraged as a result and that’s why the game handled this in a very smart way. The only area where the gameplay wasn’t amazing was with the camera angles. Those could definitely be rather brutal but you’ll get the hang of it after a while. It can make some moments a little harder than it should be but ultimately you will be able to press on past that.

As for the graphics, I’d say it’s pretty solid. It’s got that very retro look which still has a good amount of detail and personality to it. You really can’t go wrong with Rayman on this. The soundtrack isn’t very memorable though so it looks like I’m in a bit of a streak on that lately. I need another all star soundtrack soon! After all great tunes are really what gets a game to the next level.

As for the story, well I’d say it’s fun enough. The game’s got a nice sense of humor and so while the game never feels very high stakes, you get to enjoy Rayman as a hero and root for him to save the day. The characters around him are solid and the villain certainly works hard. Technically with that many prisoners you could say the pirates did well. They were one Rayman away from total global conquest.

There is a bit of replay value here in terms of grabbing all collectibles but I’m not sure what you actually unlock with that. It better be something really good because there are a ton of collectibles to grab here. If they had been mandatory that definitely would have been really discouraging but I assume the developers knew that and that’s why they went all out since this would only be for the players serious about 100% completing the game.

Because of this the game can be a bit overwhelming at the start since you feel like maybe you should try grabbing these things. The hub world is also huge with many different areas to it so you can easily get lost or enter a level by mistake. Doing so triggers an unskippable animation and of course it just slows you down so try to learn the place little by little. Once you do then you’ll be all good. The game does have a good amount of quality of life features in it like being able to sense when an orb is nearby after beating the game. You just have to get there so this is very much a game where the more you play it, the easier it gets. It’s not as much of a plug and play title though so you have to be prepared for it.

Overall, Rayman 2: Revolution is a very fun game. It really knows how to get the best out of being a platformer and keeping you wanting more. The game’s fairly straight forward even if it can be a little overwhelming at first. Once you get the hang of it then you’ll be blasting all the way through the end. The dialogue can be fun and so you’ll remember Rayman quite well and even some of his friends. Their names escape me most of the time though so they’re not quite at that tier yet. Soon I’ll get another Rayman game so we can see how he’s doing in more of a modern era. In the meantime I would definitely recommend checking this one out.