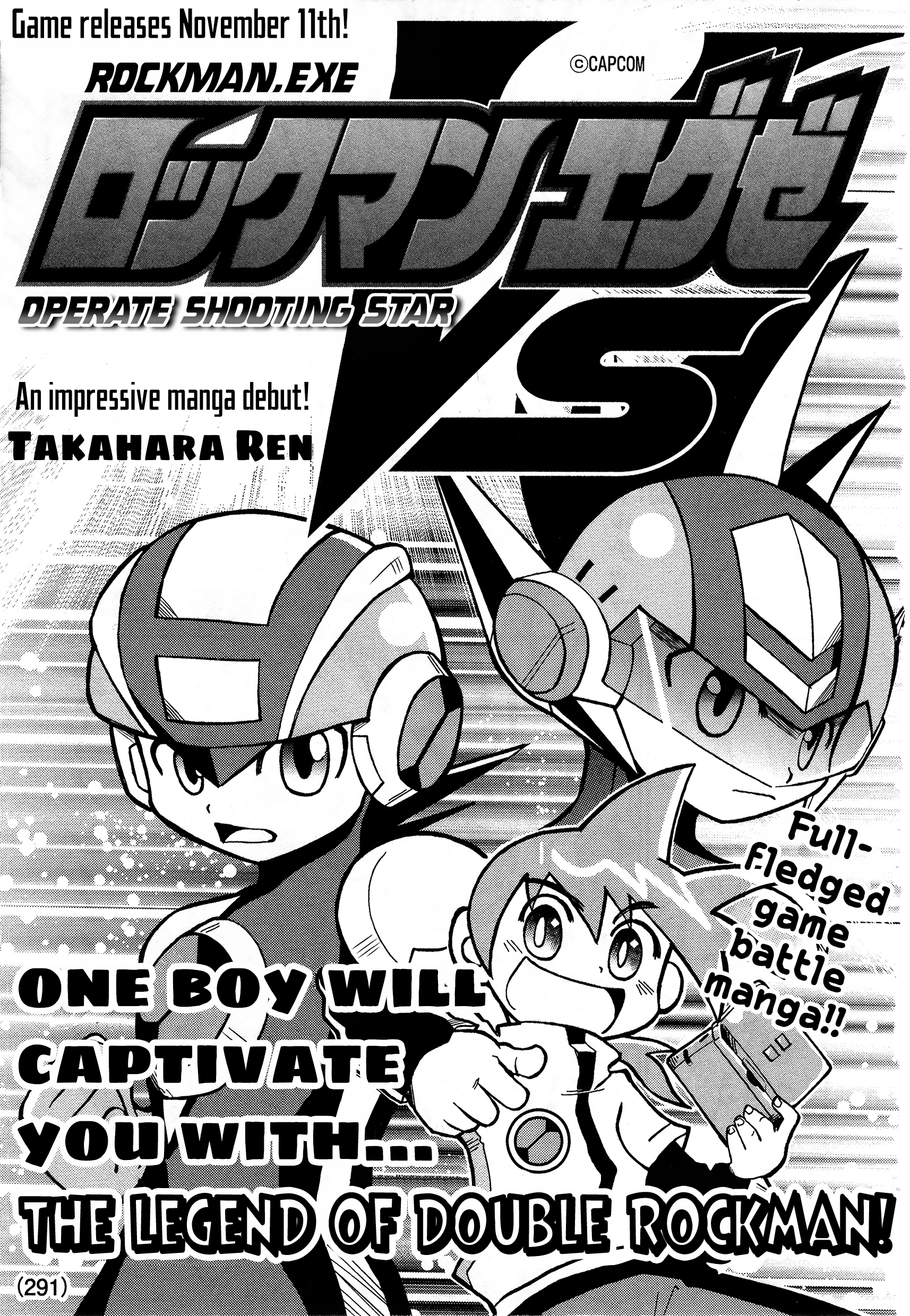 It’s always fun to see Megaman EXE getting some more content. In this case it was in the form of a good ole oneshot. It’s also based on the real life game of Megaman Battle Network this time which is a different approach. I always like the game based titles like Beyblade so I think you could do a whole lot with this premise. In the end it was only a single chapter so in a way it’s over just as soon as it has begun but I had a good time with it. The art is solid and it shows why you need a balanced deck of battlechips.

The chapter starts with Raito playing in a battle against in friend. Unfortunately Raito gets absolutely crushed because he always just picks whatever chip he has on hand without actually thinking of a full plan or how to counter attack. This puts him in a rough place right from the jump. Still, it’s a friendly fight so there’s no harm. That is..until a grown up shows up and takes offense to Raito saying that he could eventually become the strongest. This guy wants to show that there is a big gap between kids and adults in the wide world of Megaman. Can Raito take him down or is it going to be game over for him?

It was intense to see this random adult show up to try and beat a kid at Battle Network. I mean it’s not that serious right? You’d expect the guy to just walk away but instead he really doubles down on how emotionally invested he is to the point where he even slugs Raito during the fight. Yes, there’s a point where he walks over and punches him before going back to the game. That was really crazy because of how random it was. I guess there’s not much that Raito could actually do to stop him though.

In the game Raito quickly learns how to use advanced combos as well as the new Star Force card and pulls through but considering that he was dueling like a beginner at first, it may be a turnaround that’s a little too quick for some. At the very least I feel like the other guy had a stronger strategy. His cards were also better with how he had the various navi chips at the ready. It’s hard to deal with those. I can’t say that I played too many multiplayer matches in Battle Network but with the way the gameplay is set up, having a lot of those navi chips is a must.

It was nostalgic to see the oneshot accurately show off the gameplay mechanics though. That’s definitely the right way to handle this if you’re not going to do a story about the actual characters. It was also neat seeing Star Force show up. I never ended up getting the crossover so I’m less familiar with the new mechanic but if you’re actually controlling two Megamen at once that sounds intense. Definitely opens up the door for a lot of new strategies. The Program Advance was also suitably powerful here and really did a number on the opponent.

Overall, there’s not a whole lot more to discuss because ultimately this is a quick adventure. It’s only around 30 pages or so and it’s a pretty straight forward duel. As this was to promote the crossover game I’d say they did a good job with it. I would be interested in playing the game after reading this. I’d like for more titles to get promotional manga like this, it helps really take you to the next level and of course I just want more Megaman content. If you’re looking for a fun little title to read then this is definitely the one to check out. It won’t take long to read and it just makes for a good time.