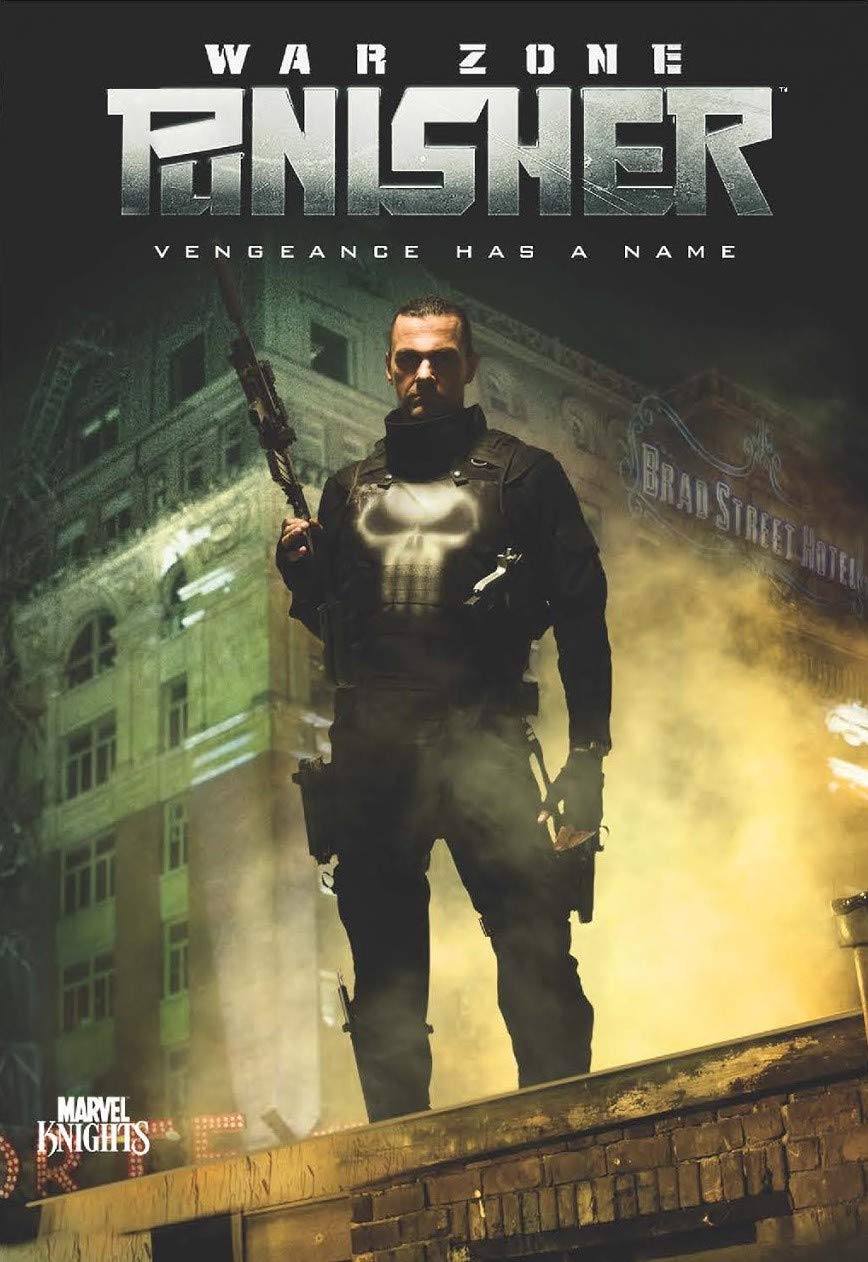 It’s time for the return of the Punisher but this one isn’t quite able to match the first one. It goes all in with making the Punisher a rather imposing figure who takes down everyone in his way but along the way it forgot the charm of the series and doesn’t focus as much on how he helps people on a local level. This film is one you’ll ultimately want to end up skipping.

The movie starts with Punisher taking down a group of villains as he always does but this time he ends up taking out an FBI agent as well. The guy was undercover so Punisher figured that he was one of the villains but that was not the case. Now he feels like he should retire out of guilt but his partner Microchip convinces him not to do that. At the very least he tells the Punisher that he needs to finish the job by taking out Jigsaw first since that villain ended up surviving. Punisher agrees so he’s back on the streets to murder the villains but will he really be able to take out Jigsaw and his brother Jim?

The interesting part about the movie is that it would be over before it began if this version of the Punisher wasn’t so sadistic. Usually the Punisher goes around just shooting everyone as a quick death. He dishes out the punishment which is lethal for these villains and that’s the end of it. Only this time instead of doing that he tossed Jigsaw into a machine that crushes glass so it would slowly shred the guy to bits. Usually that would work but not in this case. The Punisher just seemed to be enjoying the show a bit too much here as he was even watching until some other villains attacked and he had to deal with them.

It’s clear that in this version the Punisher really enjoys his work to the point where he goes all in on this. You’d almost think he was a super villain as well with some of the scenes here. There’s another moment where he beats one guy up, then tosses him to the ground where he is impaled by spikes, then he breaks the guy’s neck/slashes it with a final fall. It’s all so extra and unnecessary that when the Punisher lands you could easily photoshop him with Michael Myers or someone like that and nobody would bat an eye. That would absolutely be a villain’s intro.

Now, I would always argue that the Punisher is a villain in all continuities. He murders all of his opponents and while they are villains, it’s still murder. Characters like the Punisher are always interesting as a what if since you can imagine this to be how things would go if Batman or another hero would murder their opponents. Ultimately it may result in safer streets and probably does but the cost is too high. So while it’s an interesting idea, we’ve still got to keep in perspective that if the heroes were here they would have a duty to take him down.

At least what still makes Punisher a decent character is he does have an honor code and doesn’t go after innocents or anything like that. When you see him just taking out the villains it’s fun enough but anytime you have to resort to torture or really taking it to the villains then it can be a bit too extreme. For that reason I much preferred the Punisher as portrayed in the earlier film. He seemed to have a lot more of his humanity and he was still punishing his opponents but very somberly and without getting into it.

Now if the Punisher’s scenes are that violent, you’re probably wondering what the villains do. Well, they don’t hold back either and you have people being eaten and ripped apart. The film’s absolutely as edgy as you would expect and it’s all really over the top. It’s the level of violence that would doom any film right out of the gate. You’ve got to have some restraint with scenes like this. Establish that the villains are evil and we don’t really need to see the rest. It would have made the film a whole lot better.

There’s no real reason to like Jigsaw as a villain. The guy is your classic mobster who wants a shot at greatness and will do anything for it. He betrays allies and just keeps on moving up. The guy is rather insane although you would expect most villains at his level to be insane since they probably crack on the way up. His design after getting torn up is certainly gruesome.

Then his brother Jim is even worse. That guy is completely off the walls and even talks like he’s looney. The scene of him being a cannibal is disturbing and you know that ultimately he won’t be taking the Punisher down. This guy is good against people who won’t fight back but a gun will take him down like all the rest. It’s not like any of these villains are bullet timers after all.

Paul is the main FBI agent trying to take the Punisher down. You can see why he’s so frustrated since the local cops all seem to support the Punisher and even the guy at the head of the taskforce isn’t particularly cooperative. The reason for this is fairly clear as everyone is rooting for the villains to be taken down. The city seems extremely corrupt so they’re probably tired of every villain just getting in and out of jail. This makes Paul’s job of avenging his comrade a lot tougher.

Paul’s a good character though and one of the few that you can root for all the way through. He does tend to get in the Punisher’s way but it’s very understandable from his perspective. Then you have Microchip who is a good partner to the Punisher. He knows exactly how to make that guy tick and what sets him off. You need someone like that to have your back and get the ammo ready. Punisher wouldn’t be able to function nearly as efficiently without him. The guy should probably carry more guns with him though so that he isn’t picked off.

While the movie is mainly devoid of humor, there is one scene that was pretty fun. You’ve got 3 athletic villains who are running and jumping across the roof while a really fast paced happy song is playing in the background. You can see how it’s all going very well for the villains but suddenly one of them explodes and we cut to Punisher with his cannon. That was the best scene in the movie by far. It works in showing that the Punisher is absolutely not playing around here and also in how fast the tone changes. It instantly goes from being a happy moment to a really intense one. The scene also helped to enhance the film’s overall soundtrack since the music there was really good.

Overall, Punisher: War Zone will definitely remain in the shadow of the first one. It just doesn’t really improve on much while falling below on a lot of areas. I would say the only area where this one wins is in showing the Punisher off as more of an unstoppable force. You can see why the whole city fears him and one scene shows how he has already taken down hundreds and hundreds of opponents. That was a great moment without a doubt. The film just can’t get away from its tendencies to make every scene as violent as possible. Show don’t tell is a rule that it takes too literally and that can often be what takes a film down for the count.