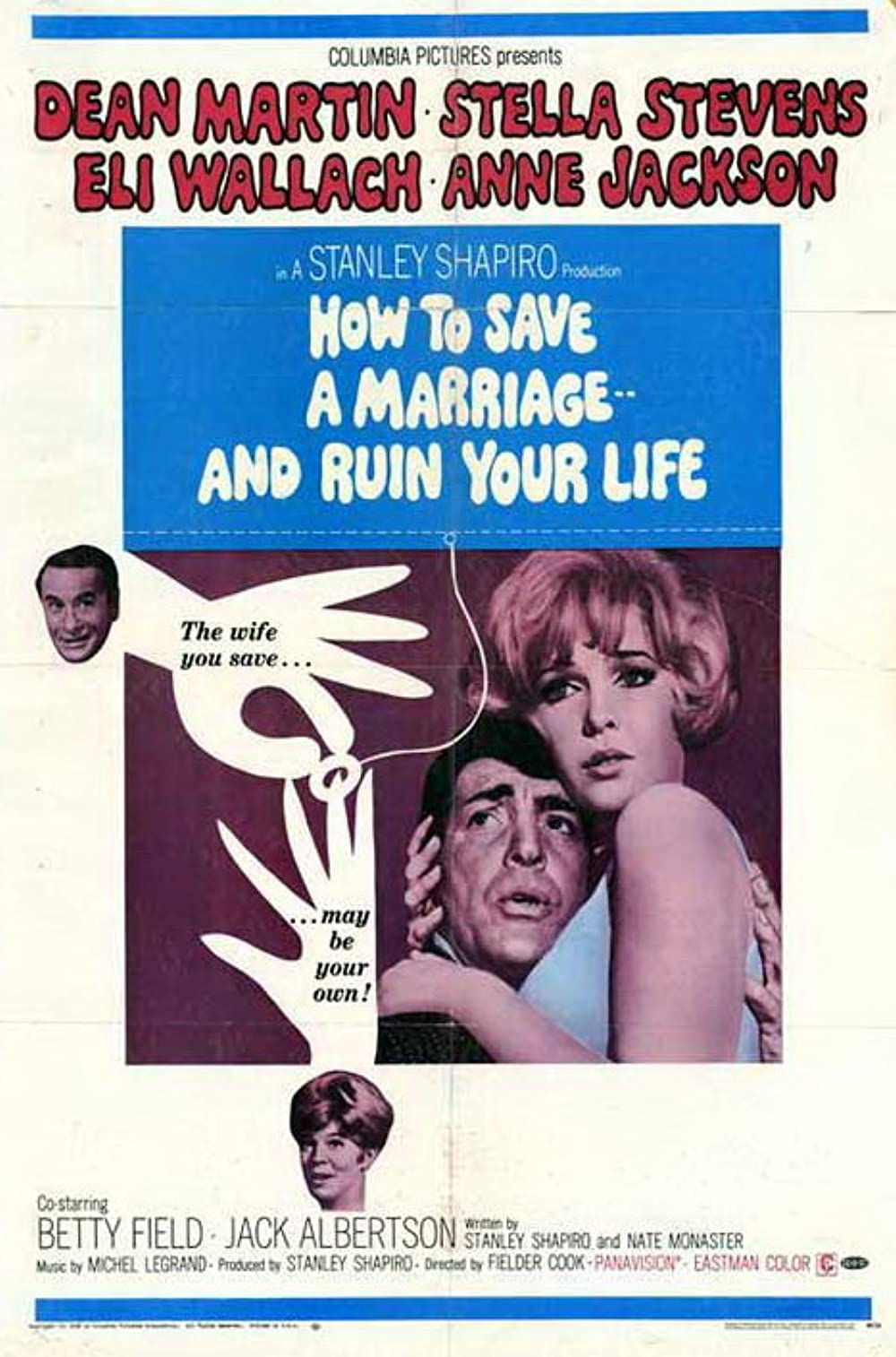 This is a pretty interesting title right off the bat because you’d think that saving the marriage would be the right thing to do right? It all becomes clear once the film starts and the characters definitely could have handled this a little better and it would have resulted in less shenanigans. That said, it’s an entertaining movie. It may overstay its welcome at times as the movie does feel a bit long but you’ll be entertained from start to finish.

So the movie starts with Harry admitting to his friend David that he’s cheating on his wife with someone. David knows this is a bad idea and tells Harry straight up but the guy isn’t listening. He figures that the mistress is just too good and his home life has been rocky for a while now. David realizes that the only way to save his friend is to quickly make a play for the mistress and prove that she isn’t very dependable. Through a series of misunderstandings he figures that the mistress is a fellow co-worker named Carol so he starts going out with her and will stop once he convinces Harry. What will Carol think about all of this?

Of course the actual mistress is Carol’s neighbor Muriel so the whole thing gets really complicated. Right off the bat the real issue with the film is that we already don’t like Harry. He’s cheating on his wife so he’s one of the antagonists here. We don’t want anything good to happen to him and any scene with the guy is annoying. He made his choice and now he’s got to live with it but having fun on the side is just an awful idea. I don’t know how he’s still friend with David at this point. I think it’s time for the lead to break it off.

We see the guy’s wife in a few scenes and sure she doesn’t seem very nice but if the film is expecting that to be a good excuse then I must inform you that it doesn’t work. She’s not evil or anything and regardless Harry would need to break things off before starting another affair. I forget if Muriel actually knows if she is the side piece or not. I feel like it is generally understood but I’m not positive. She gives some decent advice to Carol at least and tries to be a good friend to her.

Muriel tends to get swept away by Carol’s friends but at the end of the day it’s nice to have someone to lean on. Now for David, the big issue with him is that his plan wasn’t the best from the start. Trying to show Harry the error of his ways by starting an affair of his own is just not a good idea. David’s single right now so at least he’s not cheating on anyone but it’s still such a roundabout way of going about his plans. It’s not the route you should take and he should have just kept on lecturing Harry directly. Instead he’s getting someone’s hopes up for no reason. Lets say he was with the right person and she liked him, well even if she is an antagonist who is cheating, it’s still not very nice.

David is just being too clever for his own good and he really pays for it. Carol does not take this too well and so suddenly David is spending massive amounts of money to keep her happy. I’m afraid that the romance was particularly weak here. Carol goes too far with her revenge antics throughout the movie so how could a romance possibly bloom like this? Once you start parting a man with his money, it feels like there is no way around that. Carol would order catering and waste money intentionally. Of course a lot of this is played for humor and all but it’s still a rather serious thing to do.

As for Carol, well she does well in resisting the advances of the random guys around the job so naturally she is thrilled when she finally meets someone who seems all right. The whole thing comes as a crushing blow once she finds out what was going on but does not take the high road at all. A good portion of the film involves her revenge here as I mentioned earlier. I do think she has a good right to be upset and break things off but afterwards you can’t just back pedal on this. That’s on both of them and that’s why the romance doesn’t work. It was just too far gone at this point.

The two would barely get along after the big fight and then they’re happy? I dunno about that. Carol was even trying to draft up some contracts so every marriage can be a full transaction now. She was even trying to convince the other two neighbors not to have any future romances without this but then this is out the window by the ending. I think the film could have been handled better with more back and forth during the battles. Cut out the romance at the end as well and now you’ve got the makings of a really solid title.

The reason I would say that the movie is still good is because there are still a lot of fun scenes here. Carol putting up signs to shame David was good and there was a lot of fun dialogue as David was trying to save Harry. You would not mistake this for some low budget production. A lot of work was put into it and the comedy side is absolutely on point. It’s just the romance which falters and even then it’s nothing that completely destroys the movie.

Overall, You’ll enjoy this movie well enough. I suspect it will lose to most of the other old school romance titles that you watch but it’s still worth watching all the way through at least once. It reminds you to be careful when meddling in someone else’s business and also to not jump to conclusions as you may come to the wrong answer. It’s very hard to back pedal at that point so you could find yourself stuck before long. I suppose the other moral here is to be careful who you’re friends with.