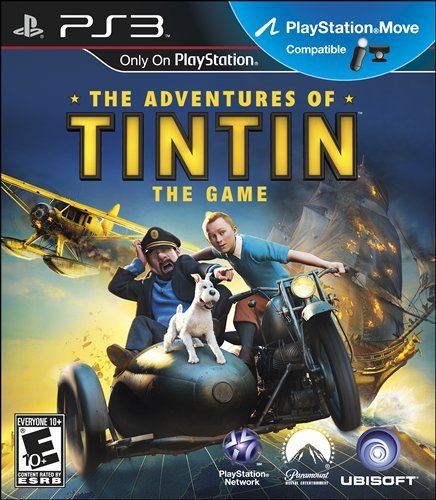 This is a game that I just decided to buy on impulse after watching the movie. It was only 99 cents so why not take the plunge right? You really couldn’t get much of a better deal than that and in the end it worked out. The game’s actually more fun than you would expect and holds its own as a proper platformer. It tries a whole lot of different gameplay techniques throughout its run and each of them felt rather polished. Ultimately I would say that this is a title that I could recommend to anyone for the right price. That’s because the downside is that the game is fairly short.

I’d say the actual story mode for the game is under 4 hours. It only took me 2 batches to knock it out. So you won’t be here for the main campaign all that long. After that you could have fun in challenge mode and the 2 player campaign options which will help you gather trophies. The Platinum could end up being a little on the long side but it’s not a particularly difficult one to achieve by any means. You’ll get it if you put your mind to it. If you intend to go for the Platinum then that helps with the replay value a whole lot.

As for the story itself, it’s fairly basic. You play as a character named Tintin who goes around trying to sniff out stories and doing his best to make sure that he’s always on top. One day he buys a toy ship and suddenly everyone is after him and he even gets kidnapped. He must now team up with a drunk captain to find out what this whole conspiracy is all about so he can get it into the papers. This may be his most dangerous adventure yet.

It’s impressive that the game came up with so many styles. You just never know what to expect and that’s in a very good way. Of course because the game is short as it is, that means you won’t be able to work on these gameplay styles for too long which is why they keep switching. It’s all very polished though and I particularly liked the hand to hand combat. It has those 1960s Batman kind of sound effects as you punch everyone out. There are even some unique gameplay mechanics like trying to get opponents to slip on bananas and such in order to get them to lower their defenses.

This is a very easy game though so don’t expect much of a challenge. Whenever you die you end up respawning at almost the same spot since the respawn points are virtually everywhere. You have unlimited lives as well so you won’t run out and your health points quickly regenerate during fights if you don’t get hit too quickly. This game is absolutely more about the adventure itself than challenging you. So keep that in mind while you’re playing but it evens out quite nicely I would say.

The graphics are rather bad here. It’s trying to go for a very realistic look which absolutely backfires. It’s why you never want to look like a live action product. The whole point of animation is that it’s a million times better than live action so embrace it and make the colors stand out. I think it would have been good if the game tried to look like the old comics. That would have been nostalgic but also very effective in getting the look across. I would have given that a thumbs up, that’s for sure.

The soundtrack is more on the forgettable side. I can’t really recall any specific tunes. It’s more on the generic side so it could have used a rock track or two. Nothing too bad but at the end of the day if your music isn’t memorable then that’s not a good sign. You need something that audiences will be talking about for years to come and this wasn’t it. At least they put more effort into the gameplay than all of that. There are a lot of cinematics which is always nice since I feel like they make the game feel a lot fancier. You should always try to have a lot of cutscenes and a full story mode in any game. Trust me when I say that it enhances the entire product.

Overall, The Adventures of Tintin rises above what you would expect for the average movie type game. It’s ultimately a solid platformer that can hold out on its own and deliver some solid content. I’d say to give it a chance and check it out. You won’t be playing for very long as it ends quickly but at least you will have had a really fun adventure so that’s worth it right? Quality over quantity and all that. If they ever make another Tintin game I’ll definitely be ready to check it out. I’ll be expecting big things there.

2 thoughts on “The Adventures of Tintin: The Secret of the Unicorn Review”