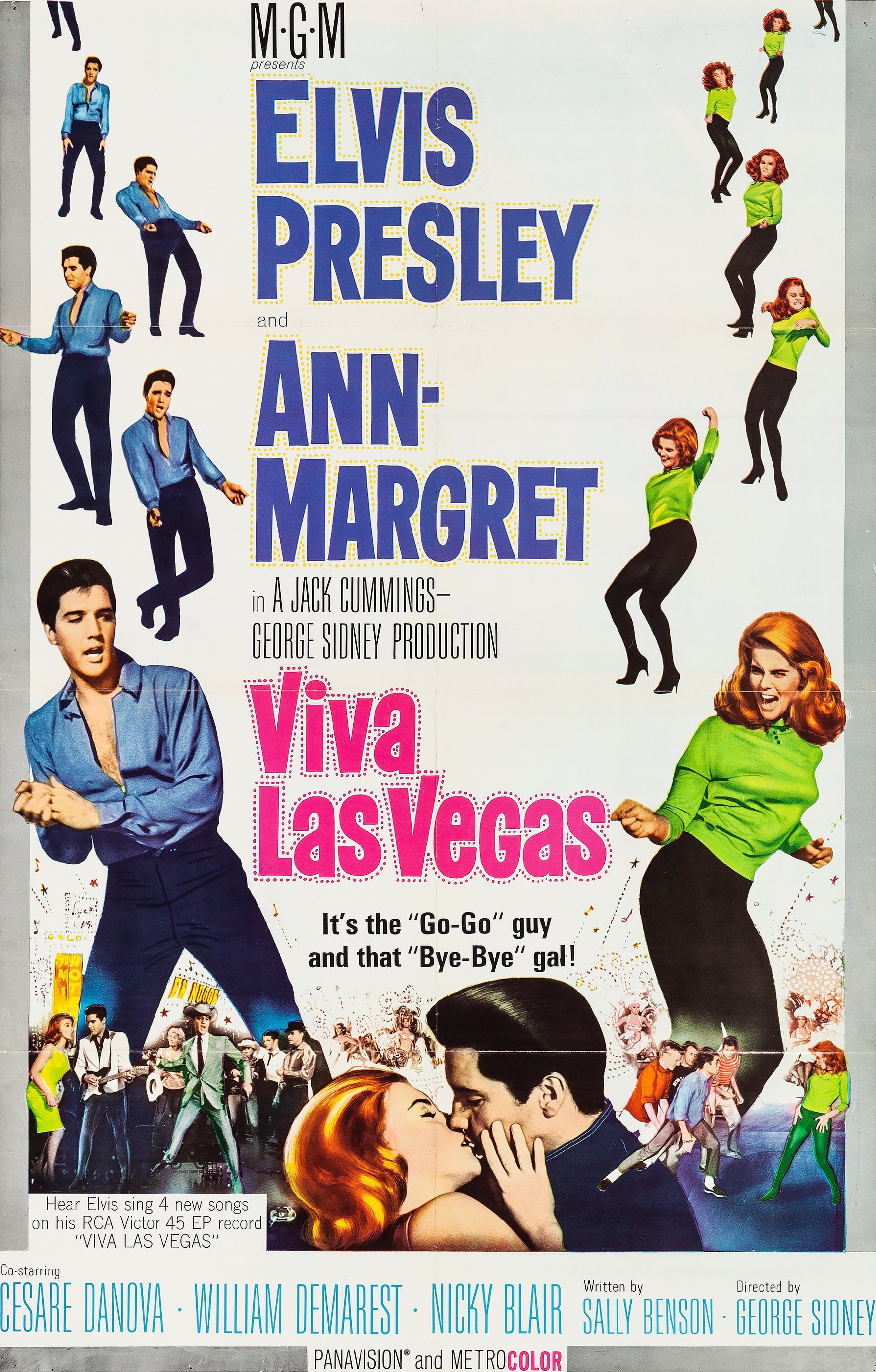 It’s time for another Elvis adventure. I thought this one was quite a bit better than the last one as it embraces the humor and good cheer that you would want out of a musical film like this. There are a lot of good tunes here throughout and you won’t be disappointed. The romance may be a bit weak but as it’s played for laughs most of the time it doesn’t end up dragging anything down.

The movie starts with Lucky and Elmo getting ready for the big race. This is the ultimate grand prix and you could say that they’re rivals of sorts. Elmo is rich and has the better car so he invites Lucky to race for him but Lucky is eager to win this on his own. Nobody’s going to stop him! Well it’s a nice idea but it won’t be so easy. See, Lucky meets up with a lady named Rusty that he falls for and so he wastes an entire day running through every club with Elmo to find her. He finally locates her at the swimming pool but after his flirting attempts fail quite massively, he drops his money in the pool and it’s gone. He’ll have to get money quickly in order to get an engine for the race. Can he pull this off?

One thing that works really well in the film from start to finish is the humor. This is a film that will live or die on how funny it is after all and fortunately this lands. The best sequence is definitely when Rusty decides to go on a revenge date with Elmo so Lucky takes it upon himself to mess this up. He does this by making sure that he is the waiter assigned to them and messes up all of the dishes and keeps causing a lot of noise. Lucky isn’t subtle about this either. He just runs in and starts causing general mayhem the whole time.

Elmo tries to politely tell him off but it never works. As for Rusty, since she was only doing this to get back at Lucky anyway, she seemed happy enough to just get out of there. So in a way Elmo was just being used the whole time but in a way I think he knew this. He was just desperate enough to play along the whole time. See, Elmo and Lucky were rivals for Rusty but she only ever had eyes for Lucky. Elmo was out of the game before it ever started.

It was almost surprising that the two of them stayed friends throughout all of this but I suppose at the end of the day they weren’t taking it all very seriously. Their friendship wasn’t about to be broken so easily! It’s a nice change of pace from how fragile these things usually are. In the end Elmo was a decent character. He may have been too much of a flirt like Lucky but at least he was a fun guy.

Meanwhile Lucky is okay but definitely not the loyal type. He seems to instantly fall for any girl that he sees so if I’m Rusty I’d be very weary here. He also doesn’t take a hint too quickly like when he was singing the song to Rusty but getting shot down the whole time. Ultimately he doesn’t plan things out too well in advance either like with the whole money situation. Why let the engine be an issue so close to the actual race? If he had ended up missing it then that would have been very bad for him.

The actual race is only a very small part of the film though so you will need to be watching this for the comedy and romance instead. That takes up almost the entire film after all. There are also a lot of songs I suppose. They’re all reasonably catchy. You’ve got that classic Elvis feel to each of the tunes. I wouldn’t say any of them are home run hits but they do the job. There are a lot of songs here after all and so it’s good that they’re fun. Boring songs would have been a really bad idea here since you want to keep up the full momentum the whole time.

Then for Rusty, she’s a good heroine but should have stuck to her guns. Initially she wanted nothing to do with Lucky but ultimately falls for him anyway and then starts to get jealous a lot. Her character flaw here is that she wants him to stop racing since she thinks its dangerous and wants to be the focus point of his life. It makes her come across as rather selfish the whole time. She knew what she was getting into here so why change it up at the last second like this? It didn’t make a lot of sense and ultimately you know she’s just going to have to get used to it because Lucky was not going to leave the race.

Their banter was good while they were rivals and I think they should have kept it that way. Would have been a much better way to go about it if you ask me. They were really going at it too. Like their battle at the competition, it was nice to see them both trying so hard to win it all. You don’t get that same energy once they’re together. It’s also just cheesy in general because of how quickly everything moves. Slow the roll a bit and the film would work better for it.

Overall, Viva Las Vegas is a solid all around film. The plot is good and a lot of the gags in the movie really work well. The movie knows how to get a good laugh out of you. The main guy and his rival definitely get too distracted by girls though. At least Elmo doesn’t scam them because he’s too nice for that but the same isn’t said for Lucky. You will have a hard time rooting for Lucky the whole time since Elmo just seems like a better person in every way. You still know how it’s all going to play out either way though. That’s just how it goes.