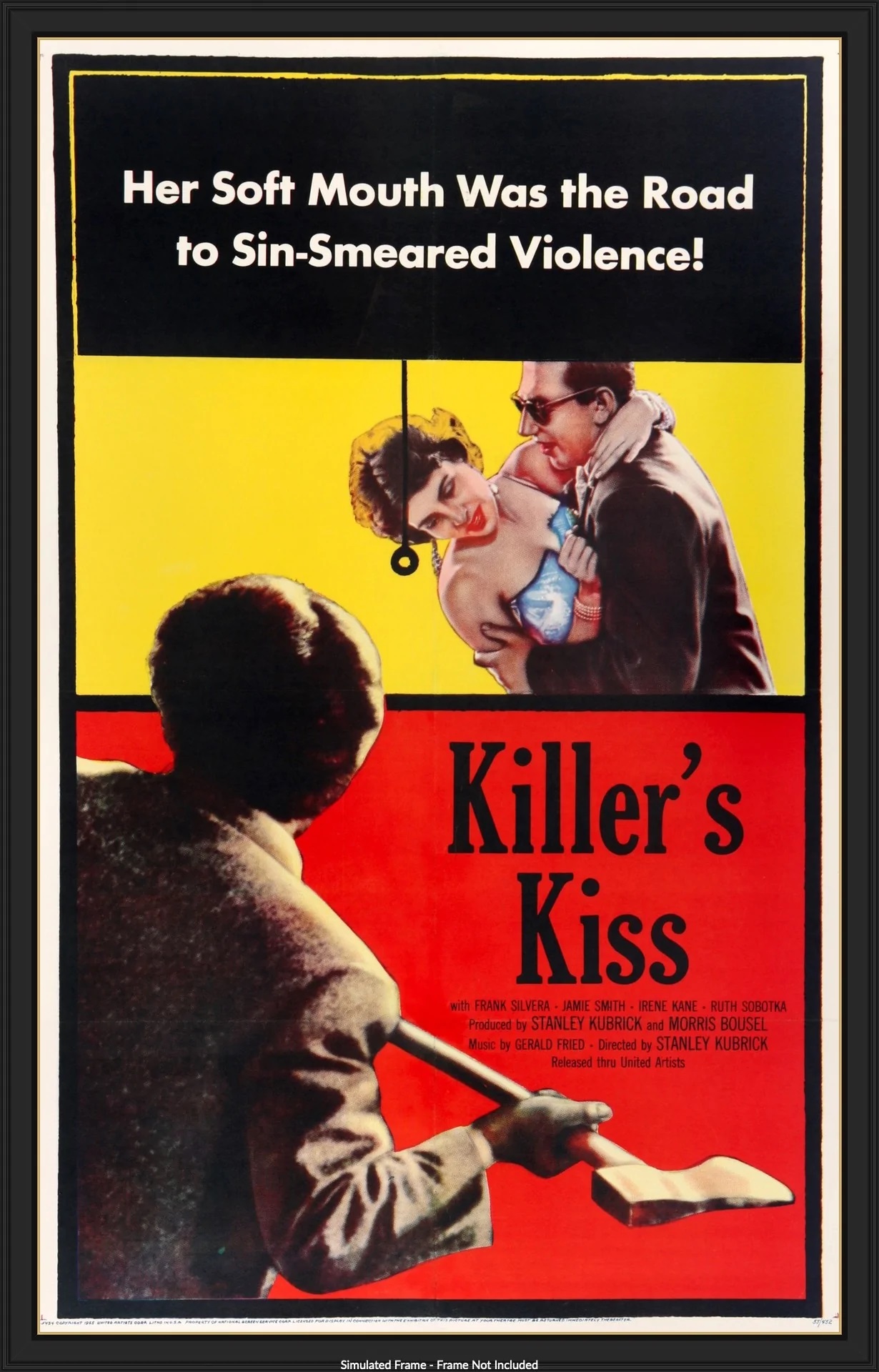 So this movie mixes in boxing with romance which seems like a pair of themes that make sense but it’s rather short so there’s not much time for the boxing. The film has that odd vibe that is harder to get in a lot of newer films where it’s hard to say what the tone or style is as you’re watching it. At any moment you don’t know what’s going to happen. Are the characters going to die, is a serious fight coming up, is Davey gonna run away? You’re always left guessing which is good, but on the other hand I wouldn’t say that the cast is very likable at all.

The movie starts by introducing us to Davey who is a boxer that is really down on his luck. I mean he’s not even close to having a good time right now. He gets trounced by everybody and his family encourages him to retire. One day he sees the neighbor in the building across from him being attacked so he saves her and they decide to become a couple. Davey can’t tell if Gloria really likes him though or if this is just gratitude or a way to stay safe. Either way he doesn’t care because he finally has his special someone. Thing is, the guy who attacked her was her boss Vincent and he may not be done yet. Will Davey be able to protect her?

Usually making bad decisions is something that you would expect to see out of horror movies but the characters make quite a few of them here. First off, they decide Gloria should go get her final paycheck from Vincent as she quits…by herself. Why doesn’t Davey just go in with her? Lets think about this logically, it will be a lot safer if he’s around right? I mean he’d probably get bounced but you like to think that the odds are still better than just her going in.

It doesn’t make any sense to split up. Then after seeing that Vincent is still acting crazy…she goes back in for a second time when his lackeys say that the guy is sorry? Nah that’s a bit much there. Don’t put yourself in a situation like that, it’s just not the smartest course of action. Meanwhile Davey lets his guard down and has to chase some street punks so his boss ends up getting whacked for being in the wrong place at the wrong time. Thing is, he makes a big mistake as well.

So the two thugs show up and this is a fairly crowded street. The best thing to do would be to yell for help and make as much noise as possible. Instead he silently runs into the dark alley where they follow him and take the guy out. First rule of street fights like this is that if you want to survive, don’t go to a second location. Yours odds of survival are a lot lower at that point. It’s better to make a break for it immediately and if you die, then you die but at least it’s quick. Going somewhere secluded will rarely work out for you. Seeing him go somewhere where nobody was around just seemed like such a bad decision right from the jump. You can’t afford to do that.

Back to the main characters though, Davey also looks so weak. I get that he’s a bad boxer but he should be able to do something right? Instead he barely holds his own against Vincent and has some of the slowest reaction times out there. He should have had an easy time of winning this, particularly as he had the element of surprise early on during the fight. Unfortunately he doesn’t trust his fists enough to go for the knockout blow. Even worse is when he has the villains at gunpoint. There’s no way he should lose there but of course he lets his guard down and that’s it.

There were 3 of them there so they basically startle him and then overwhelm the guy. Look, that should still be no problem when you have a gun but if it is, shoot the legs or something. Honestly it’s life or death so you can also bump off two of them to make things easier. At this point it’s all self defense since you are in such a critical situation. Know your limits and act accordingly but getting knocked out when you’re the one with the gun? That’s not going to fly over very well.

As for Gloria, well like Davey she made a lot of dicey decisions throughout the film. By the end it was also hard to trust her with how she tried going back to Vincent. Her life was at stake so you understand why she made the move and she might not have meant it but afterwards it’s really hard to trust her at all. So the end of the film doesn’t come across as wholesome at all and instead it makes you shake your head a bit. What is truth and what is fiction? It’s just hard to know and you don’t feel like these two are going to have a good ending.

Of course the villain Vincent is awful. Villains with that motivation where they just want the girl never turn out to be good. They just come across as whiny and annoying the whole time. He can’t take rejection at all and wants to take it out on her. It’s a bad look no matter how you slice it. That’s why the cast here is on the weak side. I didn’t end up liking anybody here. Everyone was annoying and made the worst choices consistently. If they did things logically then there might have been no problems or at the very least the problems would have been resolved a lot quicker.

On the positive side, the film is quick with solid pacing so it never drags on. I thought the writing was fairly good as well. The script was solid at least even if the decision making was not on point. I actually think the film would have benefited from Davey not being a boxer because it would be easier to see how he was getting rocked at every corner. There ultimately isn’t any real reason to check this one out though. You could watch almost any other one of the big boxing movies and have a better time. This just doesn’t add much to the equation.

Overall, Killer’s Kiss is a movie that I would consider to be below average. I wouldn’t recommend watching it. There are just way better movies to watch and all of the characters will annoy you here. For once the heroes should have the advantage throughout the movie and squander it each time. Look, just leave without the check and call the cops to go and collect or forget about it entirely. Fire the gun right away and there’s no issue and whatever you do, don’t run into a dark alley when you’re being chased by thugs. If any of those elements were removed then the villains would have been doomed. Really makes you think.