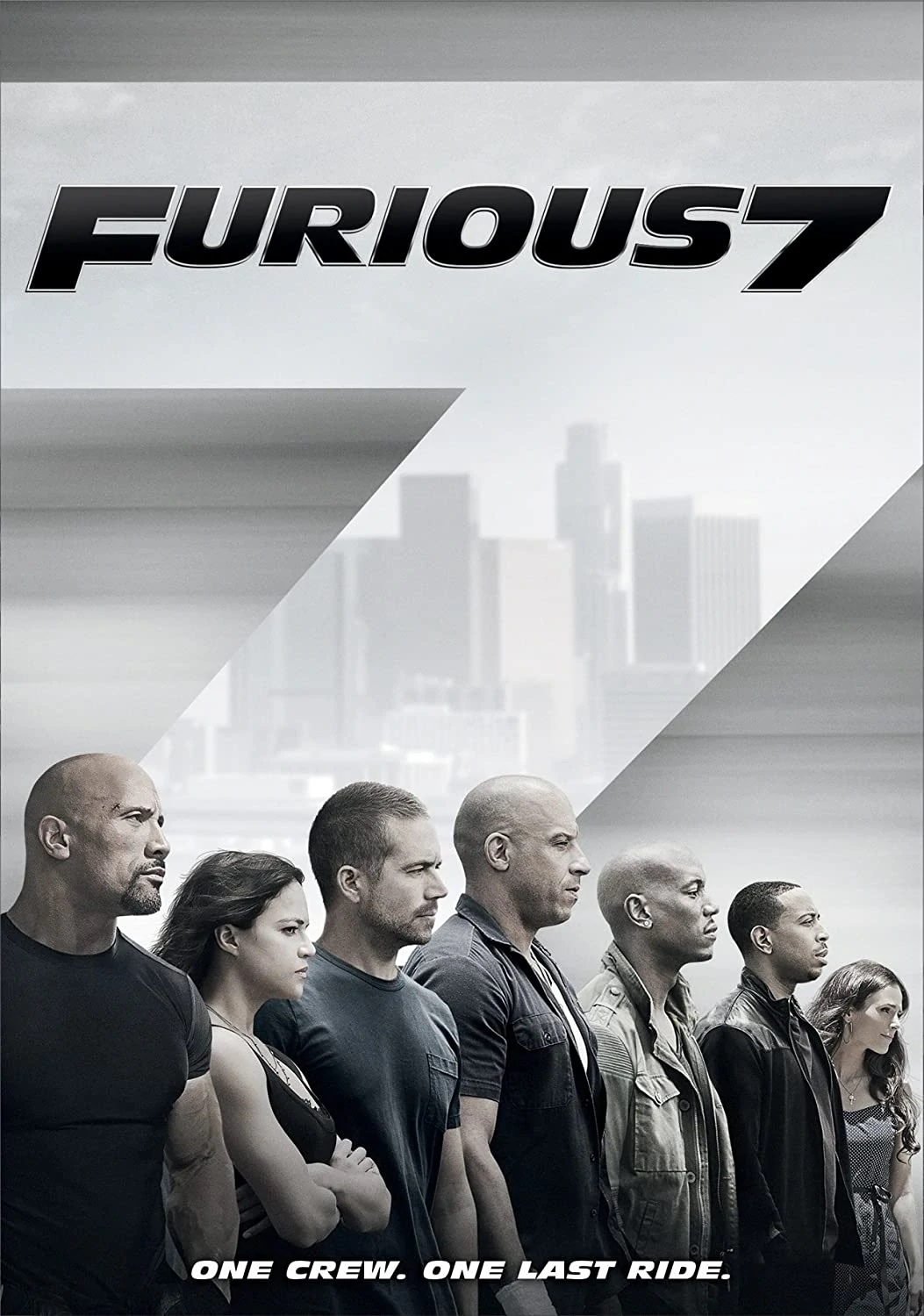 The Fast & The Furious is back! The series may have had a shaky start with the first 4 films but since then it’s really been firing on all cylinders! I can see why it became such a global hit and this title keeps up that same energy. It follows up on the cliffhanger ending from the last film and really sets things up to be a high tier bout of excitement from start to finish. This is one title that you don’t want to miss!

The movie starts off with a bang as Hobbs breaks into a hospital and murders just about everyone as he vows to avenge his brother who is in serious condition after being taken out by the heroes in the last film. He then breaks into Hobbs’ base in order to get info on Dom and the crew. He’s now determined to take them all out one at a time. Dom isn’t hiding and has no intention of waiting though. He’s just as eager to take Shaw down to avenge his friend Han and so the battle is set. Tracking Shaw won’t be easy though so they are going to need the power of the God’s Eye, a super hacking device that can track anyone in moments. The only way to get this is to save Ramsey, the creator of the program who is being held by Jakande and a bunch of terrorists. This won’t be easy.

You always want to start a film off with a dynamic beginning and that’s exactly what this film does. It was also nice to see it all tie in together with Tokyo Drift and the previous films. You could see how this was meant to be the really big film. Of course I’m glad that the series kept on going but it will be difficult for them to match 7. I don’t think any future film will be able to defeat it but we’ll see. There’s always a chance.

Really the only issue with the film is that it can still be a bit indulgent with the fanservice. You always have the characters heading to a beach or an area like that with a lot of slow-mo and zoom ins that don’t add anything to the plot and just make you shake your head. That may be a staple in the franchise at this point but it’s one that we can definitely just ditch and the films are better off for it. Fortunately it’s usually just a scene or two to check that box off and then we’re back to the action.

Now the fight scenes are a big part of why the films are so big. Hobbs vs Shaw is one of the big match-ups here and that was a good way to start the film off. The battle is very evenly matched so the whole time you’re interested in seeing how it’s going to end out. Later on we also have Dom vs Shaw in another really solid fight. The choreography is always really good and you can feel the blows. It’s a bit ironic that all of the best scenes don’t involve the cars but sometimes that’s just how it goes.

The car scenes are still a lot of fun as always though. Who doesn’t like a big car chase right? Then you’ve also got the heroes fighting off planes as well and a lot of great jumps and falling stunts. You may not buy that all of this can happen but the important thing is that they do happen. So it makes for a lot of fun scenes and with Shaw constantly on Dom’s tail, there is always a sense of danger going on here.

I’d also say the soundtrack is really good. The movie always picks a solid song that fits the location they’re at. It makes for a lot of variety and that’s something you always remember from the films. Tokyo Drift in particular had a really strong soundtrack since it took place in Japan but all of them have been really solid so far.

As for the characters, Dom is a great main character as always. He fights for his family and never gives up. You can always count on him to have your back no matter how tough things get. Dom’s also a great fighter and likes to battle with honor so he’s not going to go for the cheap shots or anything like that. He has a lot of great dialogue throughout the film. One thing the films always take advantage of is making sure to give everyone their hype so each character feels like they’re some kind of champion. Eventually you have several characters in the same room who are all talking tough and it’s extremely entertaining.

Hobbs is still the strong rival here but unfortunately he is gone for most of the movie. It’s a shame that he had to be written out early but at least he got his big fight scene first. He also gets some good moments near the climax. So his role is a bit on the smaller side but it’s impactful and you’ll enjoy all of the moments. Of course Dom’s crew is around as always for some backup. Roman is still yelling constantly and gets in a little over his head but still helps out as best he can. You feel bad for the guy with how everybody keeps on throwing shade at him but he never lets it get to him.

Tej mainly likes to be the one ribbing Roman but ultimately they’re good friends. Letty is still struggling with her memory loss but fights alongside Dom in the meantime and hopes to eventually get them back. She’s still got her skills from the old days. There’s a new character in Ramsey which now means that the team has two geniuses. She’s a fun character who gets the hang of things quick so I was glad about that. When characters are slow on the uptake it usually means that the pacing has to slow down so people can explain things.

Brian gets a fun role here as you would expect. He has a rivalry going with one of the villains so they fight two times and next to Dom he’s definitely the most capable fighter on the crew. He also isn’t tricked as easily as the others and made sure that Dom didn’t leave him behind. He’s a character who will definitely be missed in the future installments because he really did add a whole lot to the dynamic. This movie gave him a solid final role at least.

Then we have the mysterious Mr. Nobody. I liked his inclusion as well as the group that’s basically SHIELD. With the films getting crazier and more out there it makes sense to eventually add in a group like this. Nobody also doesn’t feel like your average government lackey and instead has a lot of charisma. He has a lot of confidence in himself and you need that when talking to these guys. Nobody never backs down and always has a plan so it’s hard to go against that. I look forward to seeing more of the guy.

Naturally Shaw is a great villain as well. He gets a lot of hype and really gets down to business. No matter who he’s fighting, the guy goes in hard. He has to be the most powerful villain in the series and I don’t see that changing. Of course if we count Hobbs then that’s a different story but even in the first film he was still an officer trying to bring in wanted criminals so he was more of an antagonist. Shaw is a lot of fun here and really enhances the film.

We’ve also got another villain in Jakande and that helped to keep the crew busy in the B plot. He’s a solid leader. We don’t really get to see him fight in hand to hand but with his guns he does keep everyone busy. His group was an interesting third party that showed up to mess with everyone. The more factions the better I always say so that worked out.

There isn’t much of an update to the standings of the franchise as a whole with this one because it’s pretty easily divided. The first 4 films were below average and not very good while films 5 and up are a blast. You can really see how the films started to focus more on the action which was a really good idea. There is never a dull moment in these films, you can absolutely be sure of that. They’re long but because of that you can cram a lot of battles into that. Typically each film has 1 race too but that’s usually not the focus here. The heroes have bigger things to do.

Overall, Fast 7 is a great film that I would absolutely recommend. It’s got a lot of nonstop action and excitement all the way through. The soundtrack and visuals are really good and most importantly, the character cast is excellent. The series has really built a ton of super memorable characters by this point who all bring a lot to the table. The continuity here is also taking advantage of the previous films to throw in a lot of callbacks and easter eggs. If you’re an action fan then this is a movie that you don’t want to miss out on.