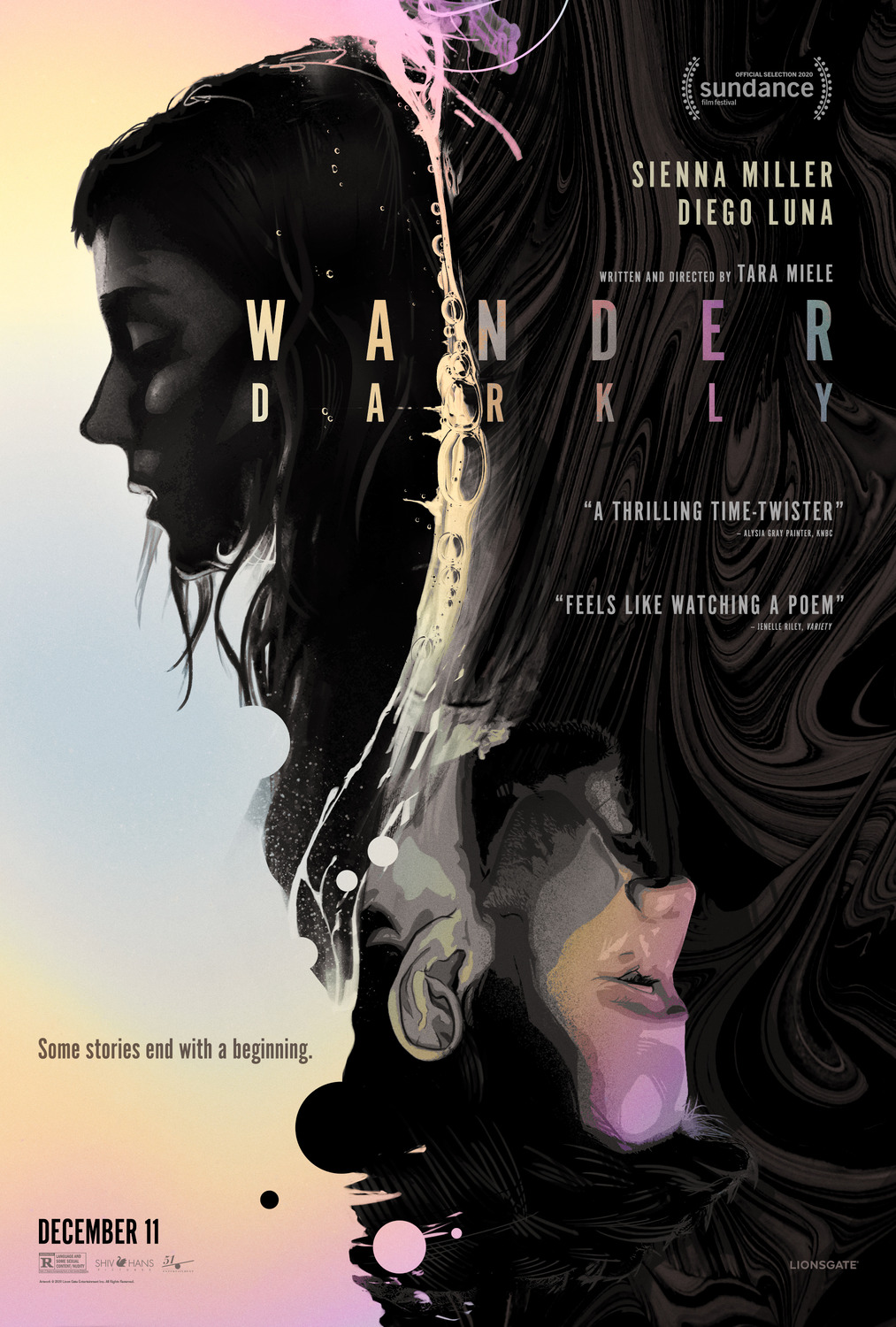 Wander Darkly is one of those films that’s sorta part mystery to an extent as you try to find out exactly what was going on here but also much a drama film. The main two have to try and get past their differences to save their marriage before it’s too late. Unfortunately the movie stumbles out of the gate and keeps jumping from memory to memory without enough interesting elements to keep your attention.

The film starts with Adrienne and Matteo fighting as always. They went to a party and Matteo felt like Adrienne was flirting with one of the guys there while she thinks he’s being overly jealous. Well, they end up getting into a car crash and Adrienne dies. She then wakes up as a ghost that is doomed to travel across the cosmos on her own now. The worst part is she learns that Matteo ends up abandoning their kid and running off. So she goes back to the moment where she died and tries to talk things out with him. Matteo says she isn’t dead since they’re talking and all but Adrienne refuses to see anybody because doesn’t think it’s worth it since she’s absolutely positive that she’s dead. So they take this time to talk things out.

The majority of the film is the big talk between the two of them as they relive all of the major events of their lives. The film’s using a stylistic approach here as they aren’t literally transported back in time but are sort of doing image training like in DBZ. As a result that means that the supporting characters can also change the script up and talk according to their feelings. It’s an interesting approach so I’ll give the film some props there. They hop back and forth between the past and future a whole lot but of course the future is a possible one, not necessarily the real one.

The biggest issue with the film for me is how unlikable both of the main characters are. They were complaining a whole lot right from the instant the movie starts. Mainly you see this a lot from Adrienne initially as Matteo can’t do anything right in her eyes and he keeps getting slammed the whole time. Any suggestion is shot down and she pretty much says that they can’t have any fun no matter what he says.

So you figure she is probably bitter about something and as we look through the memories it’s a lot of somethings. Well, Matteo doesn’t think he’s done anything wrong, he’s just got a tough job to do and all that. Well…unfortunately we see that he did cheat on her in one of the memories. Sure it was “Just for an instant” and he snapped out of it but the damage was certainly done and it validated all of her fears. Matteo didn’t have to put himself in such a dangerous situation where that would happen so it’s all on him.

Now all of his scenes where he kept thinking she might be cheating on him loses a lot of its punch. For Adrienne we see that she didn’t get to cheat on him, however she basically admits to wanting to do so. Not a good look for her either and so both characters just look really bad. It would have been nice if their trip down memory lane had actually shown that both of them were innocent as it would have been a very wholesome way to end things. Instead they both look even worse than when the film had even started which is a shame.

Of course the romance here is very weak as a result. There’s just no way to root for any of the characters. Especially with how obviously that one girl was flirting with Matteo and how Adrienne was fine letting that guy flirt with her. Once you’ve made a choice then you’ve got to stick to it. Either you decide to live your whole life alone and just deal with it or you get a partner but there are no second choices there.

Given that this was the entire movie, it ended up failing entirely for me. The writing wasn’t very good and the story just wasn’t interesting. It’s just a ton of bickering until they re fall in love with each other through the memories but given what they have seen it’s hard to really get past that. The switching between memories and the real world is an interesting idea but it’s done so rapidly and constant that it ends up overstaying its welcome early on. You can probably guess where the ending is going eventually as the film goes on but I wouldn’t say it works very well.

It’s not a bad ending by any means but you’re pretty much checked out by this point. It would have needed a much bolder ending to really reel you back in. There’s a lot of ways you could do this from the ghost angle or maybe you could even do some time travel for an actual redo. It would have probably been a little too late though. The movie takes itself so seriously and also could have used some humor or something. For the most part the whole thing is just a lot of doom and gloom. Even the happy scenes are tarnished by the fact that you know it doesn’t end well. Also the twist does put into question how she could have seen the possible future but with the multiverse theory I suppose there’s a few ways you could swing that.

Overall, Wander Darkly is a movie that you will want to absolutely skip at all costs. It’s just not a good movie and I would struggle to find any good parts about it. At the end of the day there is no way to pull off a romantic drama if the two main characters aren’t likable. It’s just not happening and a potential remake would absolutely have to find some way to address that or it’ll be doomed from the start. It’s time to wander away from this one.