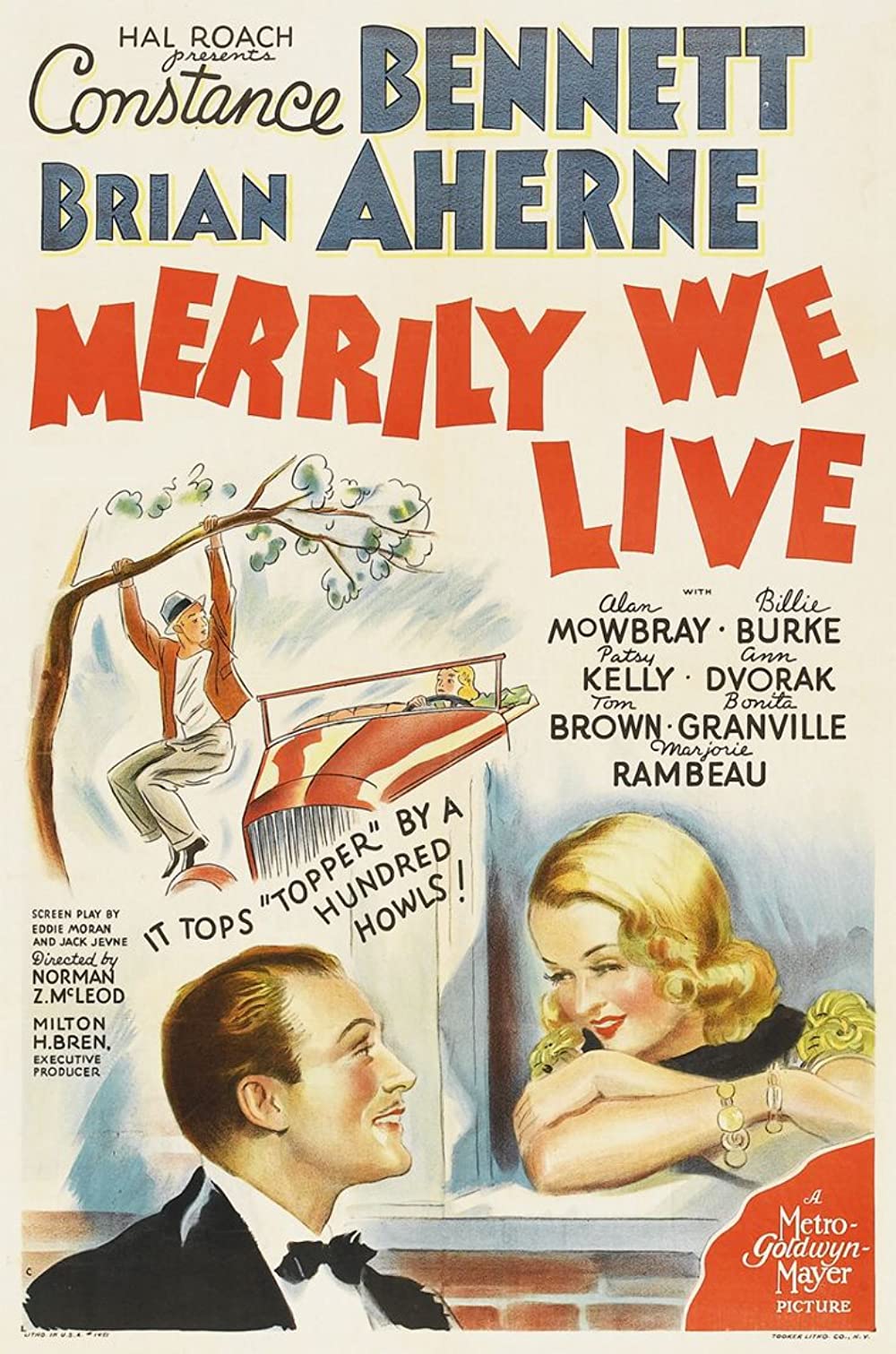 Now this is a film that’s really bonkers right from the start. You’ve got a whole lot of people in a big house trying to stop the madness from continuing. The film never takes itself too seriously and just embraces how wild it all is which I would say works well. It’s just a full comedy that will get you some good laughs.

The film starts off by showing us that the main family has been robbed. The family can really blame Emily for this as she has a habit of inviting people in to live with them without doing any big background checks or research. At heart she just wants to do the right thing and help everyone out but this tends to backfire real badly. Now she has decided to finally stop doing this but when a guy named Rawlins walks in she decides to take in one more person. The rest of the family is convinced that this guy will be trouble though and are determined to kick him out. Will they be able to claim victory here?

So right off the bat I do have to agree with the family that Emily needs to stop this. It’s great to try and get someone back on their feet but just bringing in any random person off the street to live in her home is a bit too much. Aside from this being an obvious safety hazard, you may just get robbed like what happened here. It also seems as if this is not the first time that this has happened. The main issue is that Emily has a very short memory and also gets lost in her thoughts. Half the time she forgets her own memories and so the whole movie she just seems really confused.

It’s all part of the gag of course but as a result I would have to put her as one of the weaker characters in the film. She just gets everyone into trouble the whole time. Meanwhile Rawlins is a standout character. He takes everything in stride and always finds a way to turn the situation to his advantage. To his credit he even tries to stay out of trouble but often it is just outside of his control so from there on he just does his best. By the end of the film it’s clear that he has to be the most clever character.

It’s easy to root for him too since it’s not like he tried to be in this position. He just happened to be in the right place at the right time. Meanwhile you have his rival Grosvenor who is the main butler there and naturally wants Rawlins gone. He’s the kind of guy who wants absolute power so being told that this new guy will be working under him doesn’t go over so well. Unfortunately for Grosvenor he is always on the losing side here. He just can’t keep up with Rawlins at all from wit to toughness.

There’s one or even multiple times where Rawlins calls Grosvenor out on his challenges and the guy quickly backs down. It has to be rough being the boss but knowing that the underling can beat you at any time. You don’t feel too bad for him by the end since Grosvenor’s reasonable concerns just turn into straight paranoia by the end. If he had stopped to try and get along with Rawlins then things could have just gone a whole lot better for him.

As for the rest of the family, they all get some stuff to do as well but there’s almost not enough time for all of them to get a really meaningful role. First up you have Henry who is the father of the household and he isn’t thrilled about Rawlins either. He doesn’t have much more luck than Grosvenor though as Rawlins is just always one step ahead and ready to stop all of his attacks. Rawlins’ final attack involving a phone call was just perfect for him because it provided the guy with absolute safety.

Then you’ve got Jerry who initially takes a hard stance against Rawlins as well but his charms eventually win her over so that’s the end of that. You can forget about her boyfriend as well, now that guy is absolutely doomed right from the jump. Just seeing him for 2 seconds is enough for you to know how that plot is going to end. Marion also ends up falling for Rawlins because the guy just has too much flair and personality.

I suppose with this group all just living their lives as always with their routines, it probably felt nice to have someone just shake things up the whole time. Rawlins does add a whole lot to the dynamic so it’s good to see him here. The film really nailed his character here which was important. How much you enjoy the film will absolutely be determined by how much you like him as a main character and how you enjoy the family. They’ve all got their quirks and all so if you find them annoying then that could hurt the film.

I’d say it works though and it all goes down to how the film is super aware of how absurd the whole thing is. It doesn’t hold anything back with the characters all being crazy and this just escalates as the film goes on to the point where Emily can’t even recognize her own worker. (Rawlins) Despite the guy not even wearing a disguise at all. You just have to roll with it all and then it just works.

Overall, Merrily We Live is a good film. It’s just crazy enough to turn a super ordinary plot into something fun. There’s even a little scare for some of the characters when someone is thought to be dead for a few minutes there. As long as you have a few good laughs during the film then it will have succeeded. It’s all rather fast and there aren’t any bad characters here so that gets a thumbs up from me. It may have a little less replay value than some other comedy films but on your initial watch you should definitely be all set.