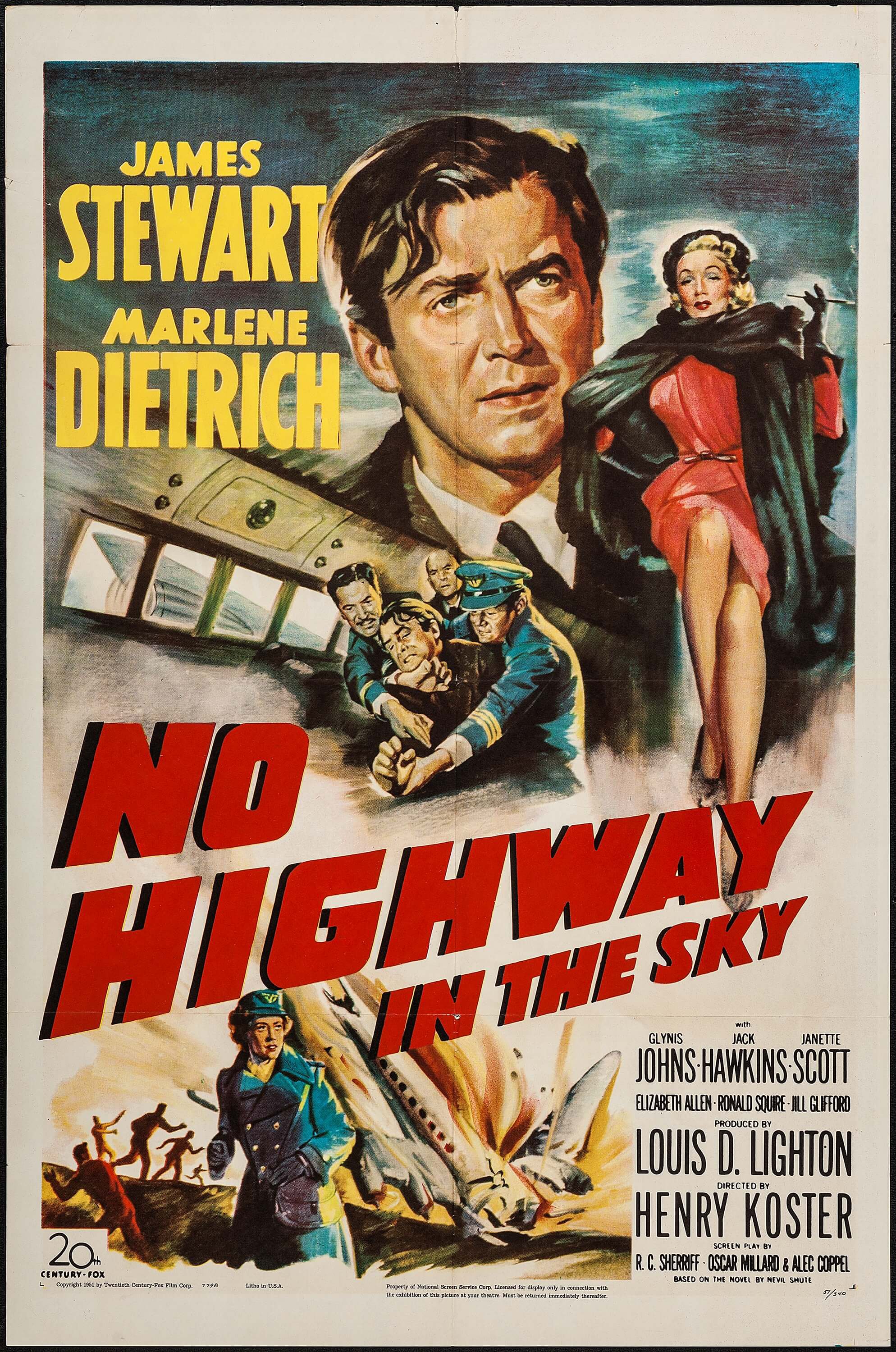 This film had a fun premise right from the jump. While I think it does cop out on this a bit and I would have liked for most of the film to be in the plane, it was still a fun ride all the way through. There definitely is no highway in the sky so you better make sure not to fall off or it’s going to be a long way down. If you like a tense film with imminent danger on the horizon then this is the movie for you.

The film starts off by introducing us to the space case known as Theodore. This guy is an absolute genius but this has come at the expense of common sense so he is often scatter brained and just forgets things all the time. His daughter puts up with it and does her best to help out but it’s clear that this guy is going nowhere fast. Well, Theodore has a theory that the Reindeer planes will all crash after going a certain distance and just needs some more time to prove it. The firm thinks this is a good idea so they decide to fly him over to the side…using a Reindeer!!! Oh nooooo, now Theodore is stuck in an aerial death trap that is about to exceed the amount of miles he theorizes will destroy the plane. Can he get them to land or is he doomed?

Now I do want to underscore that while Theodore is very forgetful and all, he is still known as an absolutely top tier scientist. There is no reason to believe that he has actually made a mistake on the calculations so that’s where the tension comes in. The worst part for Theodore is that the way the ship breaks is impossible to detect before it happens. Of course that makes the story a lot harder to buy because then it really sounds like he’s just making stuff up.

You feel bad for him also because he’s not very good at talking this through. He’s not really used to making conversation with people in general so he has to try and scramble to get his thoughts together but it ain’t easy. I would say he’s a decent character but not great or anything. He can lose his cool a little too quick when someone starts to doubt his ideas and the whole forgetfulness goes a bit too far. He should just come up with some kind of invention or idea to help him keep track of things if he isn’t able to surpass his limits on his own.

The film’s only weakness here is that the romance is very weak. Theodore used to be married but his wife died a while back. So you figure that should be it for the romance as a rebound now would not be in good taste. Well, it happens anyway and after only knowing her for a few hours, there is a connection with Theodore and the stewardess Marjorie. There’s just no natural way for this to play out though. They really don’t know each other all that well and so it’s hard to believe that things would progress quite like this.

She was a very nice person who had his back and all when it counted but that shouldn’t automatically jump straight to love. It felt like a bit of a stretch if you ask me. The cast is fairly small so the only other big character was the actress Monica who gets roped into this when Theodore decides to tell her that the plane is crashing. Probably not the best move if you want to keep things quiet but he had some good reasons for wanting to save her. Surprisingly these reasons were not related to romance or anything like that.

All told, I thought she was a little ungrateful about the whole thing by the end. I guess you may be sore if you thought he was lying about the whole thing but since he wasn’t, it felt like she was just frustrated that she believed it and took it out on him. There was no reason to do that at all. She should have just left or not been so dramatic about everything to start with but her being sore at him came across as a bit petty.

My main issue here is that I think having the whole film be on the plane would have made things a lot more interesting. Have more and more of the passengers start to find out about this until there is a full blown panic. That would be a way to introduce a whole lot of interesting characters and I think it would have done very well. That would just be a recipe for a whole lot of great scenes and dynamics. Instead we get a lot of scenes on the ground talking about what happened and seeing some aftermath. The ending is still really solid and it does all tie together but I feel like the big hype around the film is seeing what will happen to the people on the plane.

Cutting away from that removes a lot of the danger and it’s not easy to just replace that or build it back up again. Ultimately this isn’t really that kind of film. It’s not trying to be a really big thriller or anything like that so it’s more of a slice of life movie with a little tension, but it should have leaned into the premise more. Being stuck on a plane that you think is going to crash sounds great for a plot. Even now I would say there aren’t a ton of films about that kind of location. So the potential here is absolutely enormous.

Overall, No Highway in the Sky is a good film. One that left a lot of meat on the bone so to speak but it was a quality movie either way. Things tend to move a little too fast like the romance or end too quickly like the part on the plane but the execution on everything else is still good. The writing is solid and the pacing is good so I would be able to watch this one again. It’s got a good amount of replay value and is a pleasant film so there’s not a lot to dislike. If they ever do a modern remake though, I expect them to switch things up a bit.