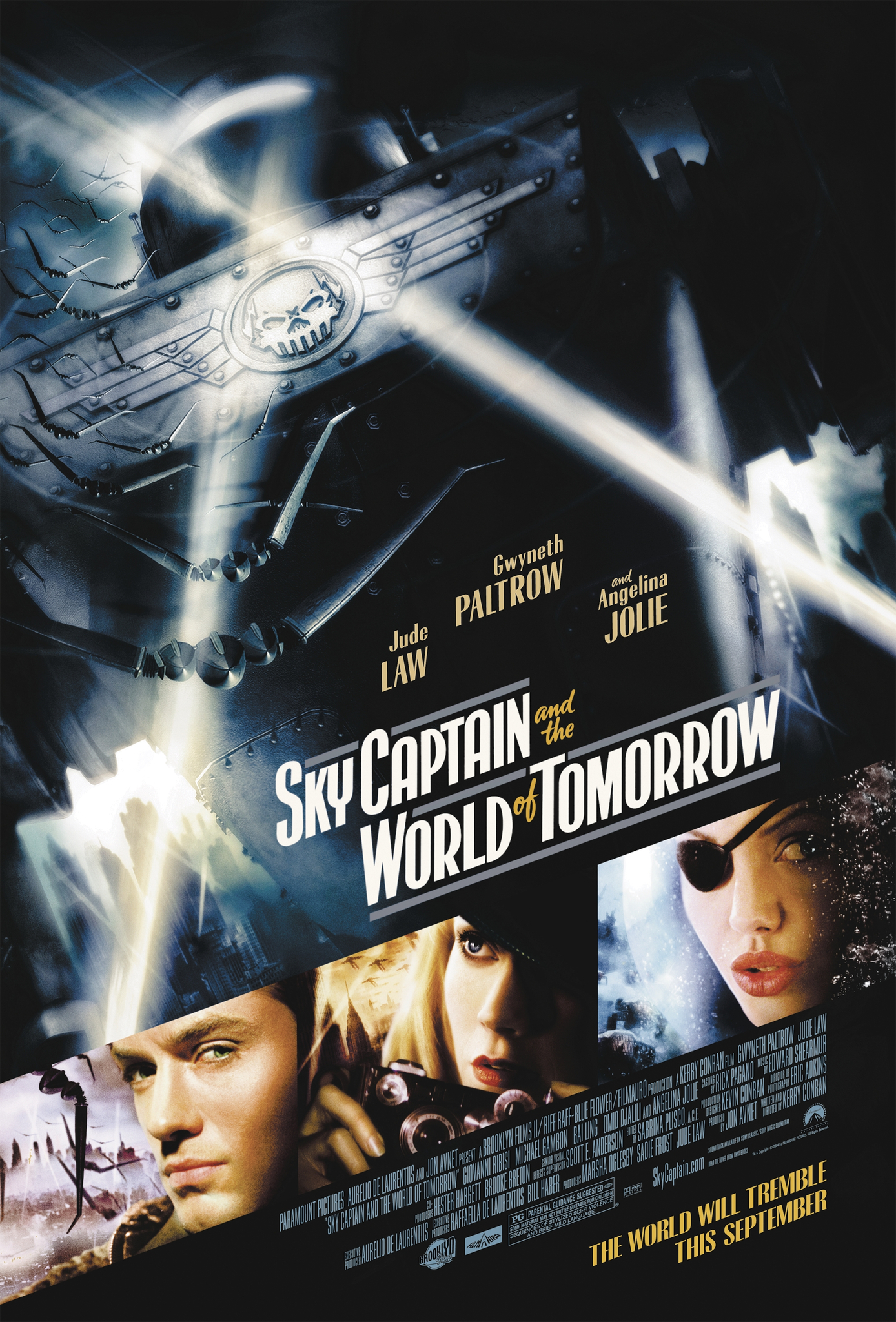 I have to say this is definitely a film that I hadn’t heard of before now. It seems like a really obscure comic book movie even if they got a fairly big actress in this one. It’s a fun throwback to the more retro superheroes from the backgrounds to the plot and characters. It works well and I had a good time with the movie but I could see how the visuals would be rather mixed. It’s a very unique style that makes everything look mysterious like a noir film but it can also make you a bit queasy. I could see this getting people sick in the theaters, there’s something about the lighting that almost makes you dizzy. I dare say that a more traditional approach would have worked really well for the film even if it would perhaps make it a little less unique.

The film starts with reporter Polly looking into why a bunch of scientists have been disappearing. Her boss warns her not to get mixed up with all of this though because it’s quite dangerous but she is determined to get in the mix. She’s much like Lois Lane in that no story is too dangerous for her. Well she meets up with the last scientist yet and his name is Dr. Jennings. He rambles about how a guy named Totenkopf is going to murder them all because he was part of some project but he runs off without giving too many details. Not a very smart move tbh. Then giant robots attack the city and the government is forced to call in the Sky Captain. This guy is as tough as they come. He has a tough airplane and has a way with words.

Brute strength won’t win the day this time though so he may have to team up with Polly. Thing is, they have a lot of beef with each other. Sky Captain seems to go on the rebound at times and Polly would lie/steal from Sky Captain. They really just didn’t match and I think the film had fun making things as bad between them as possible. Still there is no escape from the team up this time so they have to get ready to talk like the old days. Really none of them are going to do much against a ton of robots so it’s all about finding Totenkopf’s base and taking him out.

As the main heroine I’d say that Polly does a really good job here. She’s a fun character and I’ll always give her credit for just jumping into the danger and doing her thing. She won’t be stopped by anybody. You can see how that may not make it easy for her in a romance since she is quite independent and will keep taking risks anyway. It’s much easier to do that when you aren’t tied down since you can then take all the risks that you want. She will need to be a little more careful with the photos she takes though. There is a scene at the very end of the film that has to be heartbreaking. It’s a comedy scene and all but is still rough for her. She ultimately chose sentimentality over doing the job and that cost her big time.

Then we have the Sky Captain who may not have a ton of personality but he’s one of those old heroes that you can’t help but like. He has a lot of confidence and is not afraid to go up against incredibly powerful fighters all on his own. At the end of the day he is just a normal guy so the fact that he is able to go up against giant mechs without batting an eye is impressive. He may be a little harsh with Polly which huts him in terms of being professional but otherwise is reasonable throughout the movie. He’s quick on his feet and is very decisive with all of his actions. You won’t get any hesitation out of him. The city would have been doomed without him.

What superhero would be complete without a sidekick though right? He has Dex at the ready and he’s really the tech guy. He analyses sounds back at the base so they can track the villains. He’s always handy to have around and while he may not be an active fighter, that doesn’t stop him from always getting into the mix. It would have been nice to have seen him in the field more but you do get a little of that in the climax. Ultimately while sidekicks are a staple, I think they usually aren’t needed for a film even if that is tradition. If you are going to do it then the sidekick should be able to hold his own and fortunately Dex wasn’t a liability for most of the movie.

Totenkopf makes for a solid main villain here and the film throws some twists your way by the end. One thing I was really impressed with was how high tech everything was. The robotics and tech at the ready look a bit ahead of their time. Both in and out of universe, they did a good job on the special effects. In a way it also helps that I wasn’t really sure what to expect with this film. I suppose I was thinking of something a little more grounded than what we got here so that ended up working out quite nicely. Surprising me with a lot of extra action all around is a win in my book.

I think this could have made for a pretty solid franchise. There aren’t any parts of the film that I would say were very weak. It’s well balanced on all sides from the characters to the fights. Perhaps I would switch gears with the villain in the sequel and make it someone who can get a lot more screen time and maybe even fight the Sky Captain in hand to hand. That’s more of a style choice though, so long as the execution is good then they could do a film like this again. It’s a very direct movie that delivers on what you would expect without relying on any gimmicks. You have to be confident in your writing skills to pull that off and this film did good there.

Overall, The Sky Captain is a pretty good film. It may not have ended up being all that big but it gets the job done. If you see this one around then I’d recommend checking it out. It’s an interesting movie and I can always use more comic book superhero type films. It may not have become a big franchise but then that means you can really enjoy this adventure as some kind of stand alone. The pacing is quick so the movie never drags on or anything either.